None of The Witcher games have yet had multiplayer, but CD Projekt Red's futuristic RPG Cyberpunk 2077 will.

"It will be a story-based RPG experience with amazing single-player playthroughs, but we're going to add multiplayer features," CDPR managing director Adam Badowski told me.

Whether there will be any multiplayer in The Witcher 3, we don't yet know. "We're thinking about something" was all Adam Badowski said.

Rumours began about multiplayer when CDPR advertised for a Multiplayer Programmer last year. The studio then attempted to brush off the attention by saying it was exploring all possible angles for its games.

Unlike The Witcher 3, however, Cyberpunk 2077 won't revolve around a pre-defined hero. This means there will be more freedom to the open world, to who you are and to what you can do. In The Witcher 3, for example, hero Geralt can't massacre civilians because that wouldn't adhere to The Witcher fiction. "We'll have different situation in Cyberpunk," said Badowski. "Cyberpunk will have different character classes."

Having different character classes and no pre-defined hero loosens constraints on multiplayer, too. When I asked Badowski if there would ever be a Witcher MMO, he dismissed the idea with a chuckle. Simply, it wouldn't make fiction-sense to have 10 white-haired Geralts running around.

Cyberpunk 2077: Putting the Punk Back Into Cyberpunk

If you ask Cyberpunk 2020 creator Mike Pondsmith, most cyberpunk games aren’t cyberpunk at all. They’re just third-person shooters, racers or action games with a cyberpunk veneer, a grimy sci-fi aesthetic that doesn’t actually translate into anything especially interesting in-game besides the odd augment. “Most people think cyberpunk is just a summary of specific tropes; big guns, dark streets and dangerous guys in ubiquitous leather dusters,” writes Pondsmith in the first of a series of excellent blogs on the Cyberpunk 2077 website. “But the core of cyberpunk is a lot more subtle than that. Cyberpunk is about the seductive qualities of corruption and decay… It doesn’t have to be dirty or grimy on the physical level. But on the psycho-social level, even the cleanest and most orderly Corp-zone should be rife with darkness and collapse.”

Character customisation, for instance, was necessarily not an option in Geralt’s world. But in Cyberpunk 2077, it’s self-defined role-playing: your style and personality will have deep and far-reaching effects on the world and how it reacts to you. “We will have several features that allow you to create your [visual] style, and your style will affect gameplay, storyline and relationships between characters,” explains creative director Sebastian Stepien. “Your appearance and your dress will change the behaviour of NPCs, and also the story also in some parts,” Mateusz adds. Style and appearance works together with the personality you create for your character and express in conversation to determine how the world reacts to you.

“It’s about telling story via what happens, not cutscenes or other features,” Mateusz says. “To do that we need to create a totally new unique dialogue system – we’re doing that right now, it should be awesome.”

“The psycho squad is just one of many cool elements in this world," Sebastian explains. “We had several ideas for this short teaser and had to focus on one of them. Augmentations and cyberware is a big subject in the world, and that’s why it’s in the teaser. But it won’t be a game about police hunting cyber-psychos. That’s a sub-plot… The story will be low-level. We are not going to save the world, or even save a city. We are focused on the main character and his problems, or her problems.”

“The main problem is that the original system is based on dice rolls. When you think about Cyberpunk you think about shooting, action, a lot of explosions. But that doesn’t fit dice rolls in a video game. We want to make it more action-like – there will be a system that lets you use active skills actually in the gameplay in a shooting sequence or something like that, rather than just passive skills like in the books.”

“First of all it will be an RPG, so that means you create the story. In Syndicate and other shooters you can do no such thing,” says Sebastian. “The other thing is that you will have the chance to create your character’s personality. This is very, very important. The style and mood and atmosphere of this world, what you do at the bar, what do you drink, how you react with other people, what dialogue you choose –all these things let us keep the Cyberpunk atmosphere all the time.”

“There are lots of cyber games around, but there’s not a lot of punk in those games,” adds Mateusz. “We want to put more punk into ours. We do not want to make a dark and hopeless world. We are not doing Blade Runner. It will be full of rock and roll.”

Full article http://www.ign.com/articles/2013/05/01/cyberpunk-2077-putting-the-punk-back-into-cyberpunk I just picked out some interesting bits

A replica of one of the gun models

And another interview with Mike

It looks so good... btw, I love the names, Crusher by Militech inc.

Cyberpunk 2077 “most probably will” come to next-gen, but there’s nothing to announce yet says CDP

CD Projekt RED has expanded its team in order to facilitate all the work going into The Witcher 3: Wild Hunt and Cyberpunk 2077.

END_OF_DOCUMENT_TOKEN_TO_BE_REPLACED

Cyberpunk 2077 developer CD Projekt RED has stressed that its futuristic romp will be a “true RPG game,” and that it will bring many new gameplay mechanics to the table.

END_OF_DOCUMENT_TOKEN_TO_BE_REPLACED

So it's gonna be a Deus Ex but without the boring?

I will always prefer fantasy over Scifi but I'm a lot more hyped about this game than The Witcher. 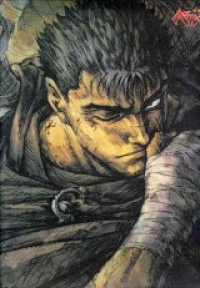 Omg... no new updates on this game? Just the anticipation of what this game could be like...sounds amazing...

Um, I don't really see why this was bumped. Please request moderator approval before necrobumping threads.