Its about Uncharted 3 so exactly how is it going to be about Rehash's or sequels??.

it was a joke

its gonna be an expanded storyline!!
either that or they announce official speaker tags for my Astros. 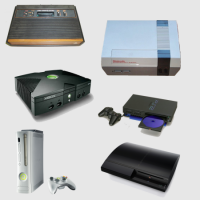 Oh the irony in your reply. Nintendo is well known for rehashes :)

Damn I hope its something good and no patch related stuff lol.

It's gonna do the Mass Effect 3 ending that the fans have been calling and waiting for. Being a PS3 exclusive it will force millions of Xbox 360 and PC only gamers to have to buy a PS3 to get the real Mass Effect 3 story.

It's gonna be dlc. Nothing is explained at this point but it's said it's a new game type or something ...they talked about it last week and it's also posted on the uncharted 3 MP start screen

i hope its Single Player related. i love the MP but we all really love Uncharted for the Story

It is so weird that it is tomorrow. The day that ps store gets updated. Could uncharted 3 get a vita port? The golden abyss was a different story. Like a uncharted 3 on ps3/vita