Don't know who this guy is but that was a great vid! Pretty much sums up what I think about the game. 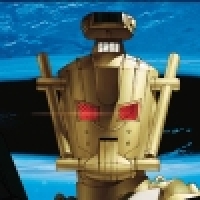 Man, will that Youtube/vlog editting effect ever end?!

Yeah, it was annoying at first but you get used to it.  I don't know which video of his I watched first but I laughed my ass off.  I immediately subscribed.  This may actually be the worst of his videos.  Watch a few.  He's "awesome-tacular"!

yeah, he does seem like a cool guy. I disagree with him here and there (I suppose that's human nature), but he's a likable guy.

I don't think it can be done.  I don't like what the thread turned into, either.  It was pretty ugly for a moment.  You can make a new thread or OP but you're still dealing with two groups that have animosity towards each other.  They'll find a way to turn it into a war of words if they really want to.  It doesn't take much.  I do have a plan to make peace between Nintendo and Sony fans, though.  I'm going to arrange a marriage between the son of a Sony fan and a daughter of a Nintendo fan.  Through their union, we shall find peace.