okay, I'm not crying, am I supposed to?

I think that many here will be disappointed.
I was expecting something bigger.

i was expecting something bigger... :(

>I think that many here will be disappointed.

well, Nintendo Power probably thinks otherwise, they literally wet themselves with hype about the first one in GC age, giving it 9.5 out of 10 when average scores out there are around 8. 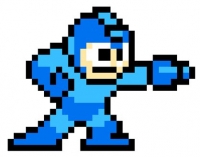 If that scan is true, I'm dissapointed but surely Soriku will go out to buy this issue of NP istantly.


“In the entertainment business, there are only heaven and hell, and nothing in between and as soon as our customers bore of our products, we will crash.”  Hiroshi Yamauchi

The scan is true.

Well the OP was right, Nintendo Power did make me cry.

Where is my Golden Sun and Mother 3?

so we have 3 TOS games now.
why is the title different yet the main character the same?