1) Pokemon Dream Radar is now the best selling eShop title, even outselling Pushmo. Also, it is so far #4 on the All Software Charts.

I hope paper mario can do well this holiday. Should hav been A.C!! 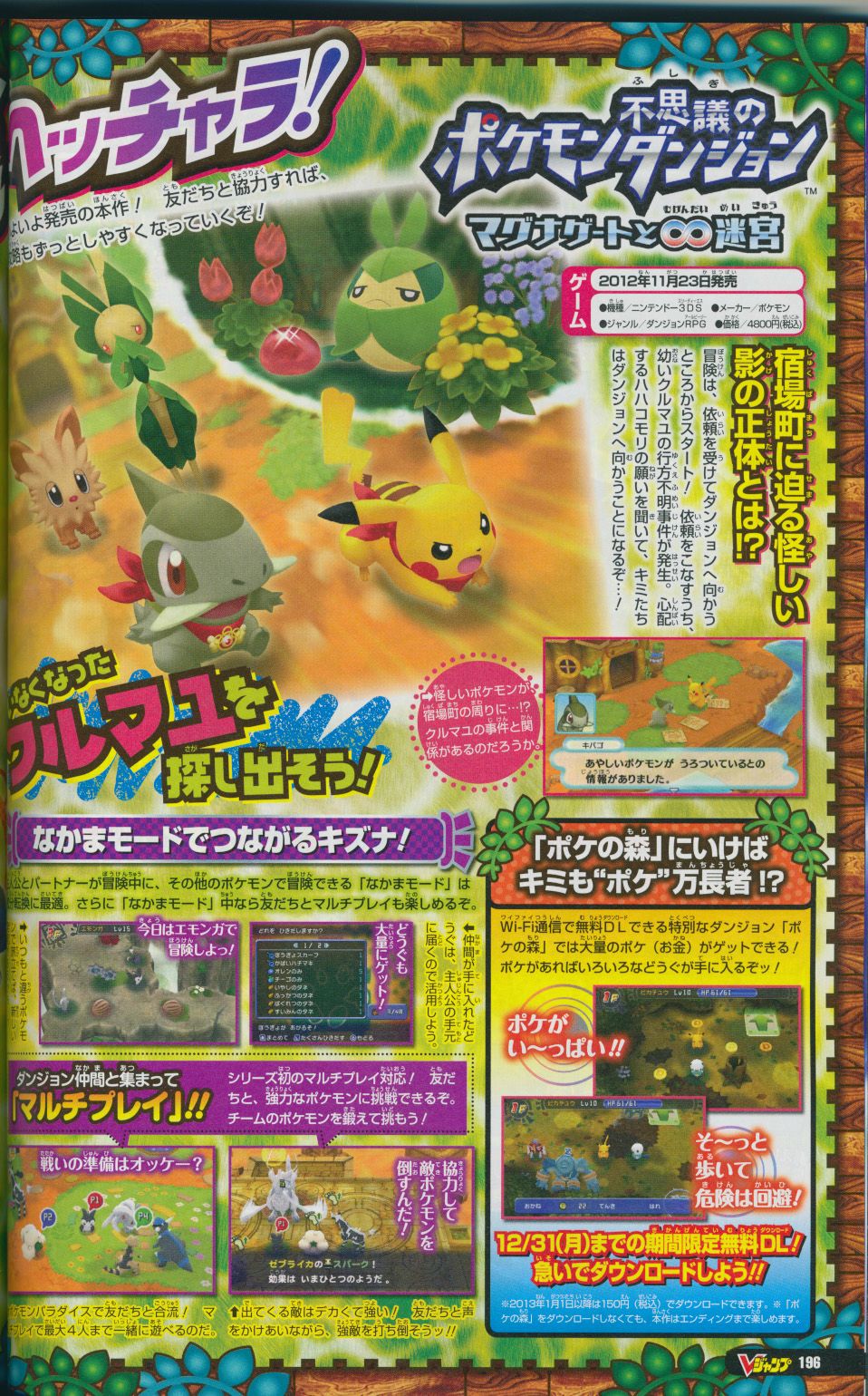 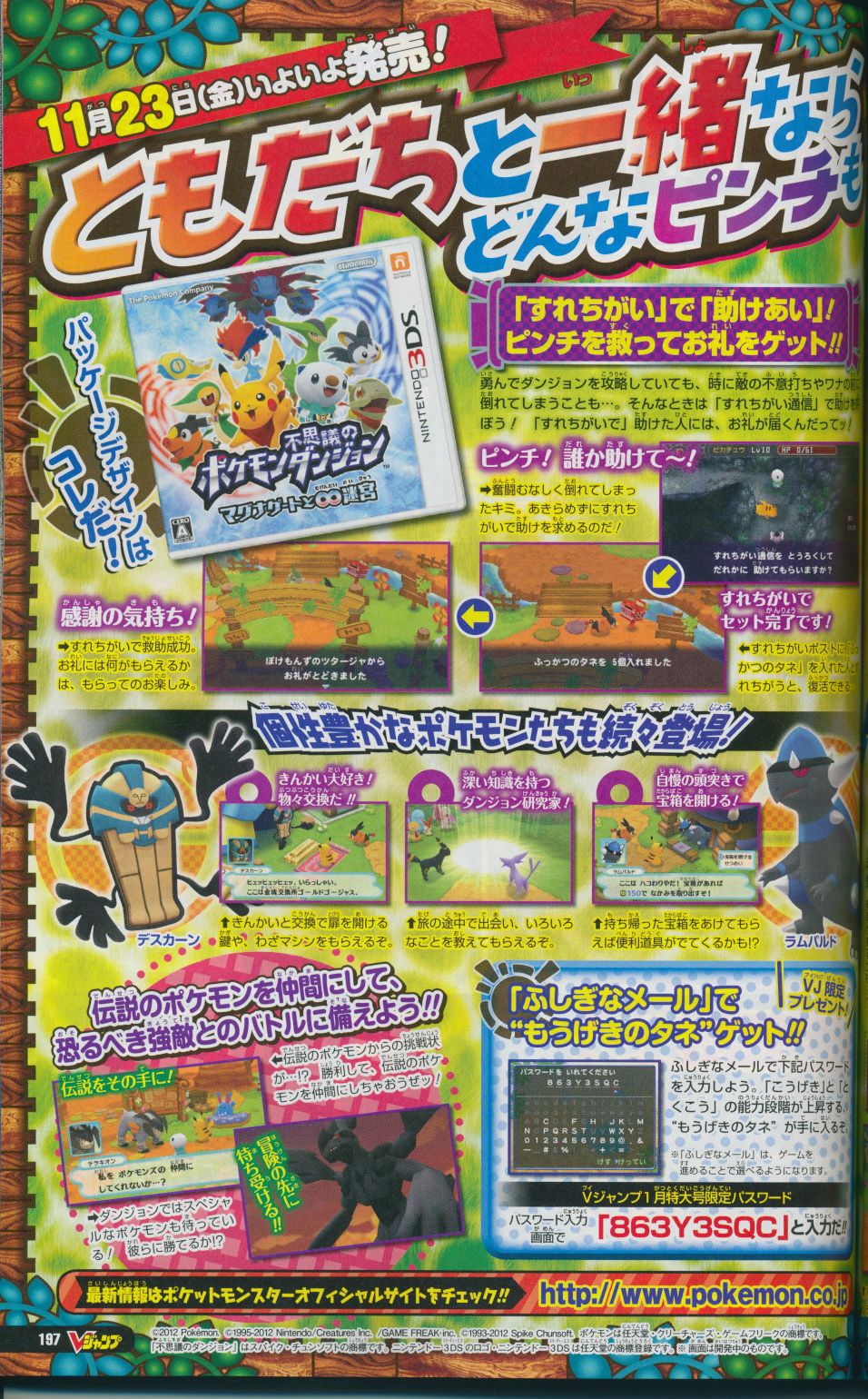 Premium Wii U Owners In The UK Need To Spend £62.50 To Receive £5 eShop Voucher eShoppers will receive 8% back on purchases

One of the big draws for the Wii U Premium Pack is its reward scheme which allows users to gain money back on their eShop purchases. It was originally claimed that eShoppers would gain 10% back as a reward but it appears this is not the case - it’s a little bit less.

Nintendo UK has revealed a little bit more information on how all of this will work confirming that for every pound (or euro) spent on eShop purchases you will receive 8 points. Once you’ve amassed 500 points you can then apply for a £5 discount code, which can then be redeemed in the eShop for more downloadable goodies.

Time for some maths, then. To get yourself up to 500 points you’ll need to spend £62.50 in the eShop, which may be £63 in reality as Nintendo hasn't confirmed that you’ll get those much-needed 4 points for 50p. For example, if you purchased a game worth £7.50 it’s unclear whether or not you’ll receive 56 points or 60. Either way it seems that users will receive 8% back on their eShop purchases, which is not to be sniffed at.

Naturally there are other benefits to owning a Premium Wii U such as the inclusion of Nintendo Land and the 32GB of storage space (which is really 25GB after all the necessary formatting and built-in data has been taken into account).

This limited storage issue can be resolved by attaching a USB storage device of up to 2TB. Nintendo will be addressing this with an update in December although bizarrely, though it will allow larger devices to be recognised, 2TB of space will still be the maximum amount that can be used. This means a 4TB storage device will still be formatted to the Wii U console but will only have half its space available for storage.

What do you think about all these developments? Are you happy with the eShop reward scheme? Let us know in the comments below.

Better not include sending some more select titles or pandoras tower next year!

Already suspected by many, Nintendo has confirmed today that there are no original Wii games in development. This is not particularly surprising, since many have felt that The Legend of Zelda: Skyward Sword was the last high-profile game to be released for the Wii.

According to Nintendo’s director of product marketing Bill Trinen, “So whether it’s things like Nintendo Selects or a lot of the users also are still using their Wii to deliver Netflix content. I think there’s also the potential for a lot of people who still haven’t purchased Wii, believe it or not, who might be interested at the right price. So we’ll probably be looking at it more from that standpoint.”

This week’s Famitsu review scores are as follows:

I`m looking forward to see how many people download their games instead of buying them at the store. Would be great to see developers share that information!

Are the message send to your friends in miiverse also moderated???I dont see why I shouldn't be able speak to my friends with profanity words and pictures of penises

I don't think messages that only contain text are moderated by anything but the software unless you have too many complaints about your posts. (Considering they can only have so many staff moderate the messages almost the entirety will be software based.) The human mods probably mainly handle the pics. At least that would be the optimum way of handling a setup like that.

Digitally Downloaded writes: "Typically with the games industry the finest games hit a platform at the very end of its lifespan. As developers are more comfortable with the platform’s strengths and limitations they’re able to optimise it to the finest degree to create the deepest and most rewarding experiences available on the platform." (3DS, Nintendo DS, Spirit Hunters Inc.) 4.5/5