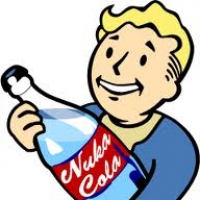 I think Nintendo can. There is always a first for everything. If GTA: Chinatown Wars came for the DS, then I think there is a good possibility Rockstar can bring one of the main entries in the GTA series to a Nintendo home console.

Yup, and it should be remembered that despite the piracy problems with the DS Chinatown Wars sold really well.

Any publisher with any sort of sense is going to bring their key franchises to the U, the earlier the better. The only key franchise I've seen so far that's confirmed not to be coming to the U is Tomb Raider...but that's probably down to that twat Ian Livingstone still heading the Acquisitions Department. This is the same department that decided to turn down Fallout 3, Bioshock and let the Lego Star Wars franchise go after the first game (although the Eidos board are partly to blame for that too to be fair) and thought that Escape From Bug Island was a really great idea. I think the latter sold something like 57 units in Europe in its first week lol.

You're going to see the U getting a shitload of third party support now that there's a Nintendo home console with a standard rendering pipeline that makes porting games to and from it possible. Surprisingly enough it wasn't the Wii's power preventing ports but the fact that Nintendo decided to include the same (beefed up, admittedly) GPU as the Gamecube which used the TEV Unit instead of traditional programmable shaders for shading effects.