There have been plenty of discussions about intrusive DRM, and how they aren’t beneficial to the anyone – gamers and publishers in the long run, but that doesn’t mean companies like Ubisoft will learn.

These companies use aggressive DRM to prevent people from pirating their games, but the problem is, it does not work.

There are companies that do get it though – like say, Valve. Or in this case, Naughty Dog. Jason Rubin, who founded Naughty Dog in 1984, shared his thoughts about piracy in an interview with Vivid Gamer, and I can pretty much say that, “he gets it”.

Naughty Dog has lost a lot of money to piracy, and he also mentioned an interesting thing he saw at a bazaar in Bangkok.

“I remember buying a $1 CD with all three Crash games at a bazaar in Bangkok, and I probably could have negotiated the price down if I had tried,” he revealed.

Now, it’s pretty disheartening for a developer to see his work cheapened like that, and available for anyone at that cost. It must have been a shocking moment for Rubin when he saw the amazing Crash games being sold for that cheap.

But what’s the point? He can’t stop it. No one can. And he realises that. “I think time will solve this problem for the industry,” he explained.

“In the long run, digital distribution, servers, and cloud storage of data solve this problem. World of Warcraft has an extremely small piracy rate.

“There is no reason, in the long run, that games like CoD can’t be the same.”

These are pretty good analysis of what can be done to counter piracy. Ubisoft’s way is definitely not the solution here, but it will take a lot of time for such companies to understand.

If you’re wondering why Naughty Dog and Sony aren’t making Crash games any more, it’s because they unfortunately sold the IP to Activision (and also realize their mistake).

You can't lose what you never owned in first place, so...

It's likely they lost something, but they can't say millions. Not for sure anyway.

God, I hate that rebuttal. Its just stupid, childish, and plainly ignorant of basic logic.

Would 100% of those pirating pay for what they pirate if there were no way to pirate? No, of course not. But, to assume that none would is also just as idiotic.

ANY item being pirated is losing income as a good % of those stealing a copy would have paid for it. There is money lost on the part of the content creators.

Interesting read. I don't think piracy will ever be stopped, they always find a way.

“In the long run, digital distribution, servers, and cloud storage of data solve this problem. World of Warcraft has an extremely small piracy rate."

i agree but i think we are a long ways away from that still.

So sad to hear. The effort these people put, how discouraging. 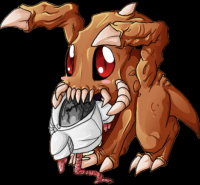 There will never be an end to people who pirate for profit because there will always be people willing to buy games cheap and in bulk which only pirates can supply. No matter how accommodating companies get with pricing they won't be able to beat the ability to have dozens of games on a single memory card for less than 50$. While I'm all for prosecuting these people it does little good because they always get replaced by someone else or go back to doing it anyways. No matter how often pacific mall is raided and how many fines are given out it's still a den of bootlegged and pirated merchandise.

Naughty dog met with Mark cerny who was at Universal and discussed finance for what would later become  crash and he brokered a deal that meant crash was sold on the spot so the franchise became Universal's right at the very beginning , a similar deal was done with insomniac and spyro , Sony then came into the picture as publisher so the talk of Sony selling Crash is a myth .