Still need more JRPGs. After Ragnarok and P4G I need more and looks like more are comin! Still. Need more. 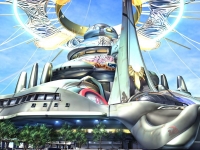 So here We are... Hyping over tha almost forgotten Vita heaven.. :/

Well.. my only hope is price cut and new bundles with games like PSO2 and Soul Sacrifice... at great prices... 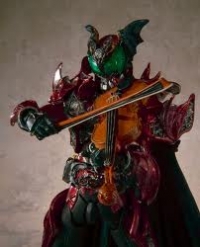 Yes, very negative, but If the prior Heaven and the no show heaven 2 is any indication, nothing good comes out of these.

Why Japanese games is a bad thing ?

It's not like your prediction is a bad thing but I really hope that they won't show all those confirmed games and instead show something new.

Its a bad thing! ITS A VERY BAD THING! Because, if the release schedule right now is any indication where in Japan is getting a shit load of games, the US some decent number of games and EU getting shafted with a few games, then majority of those Japanese games will never EVER EVER be released in the west. Thus I will not be able to play them, hence it will suck which will fill me with RAGE! Rage in knowing that these games exist in alanguage that I cannot understand in a country who doesn't care about the Vita!

In conclusion, unless these Japanese games are slated for release in the west, or at least have an english Asian version, then I dont care to know about them, since you know....it will Just fill we with RAGE!

Unless these games are not enough ambitious or too weird for us, they'll come in the west, like Soul Sacrifice.

Most of the games released in 2012 in Japan came or are coming to us, so you can expect the same thing for most of 2013 games ( Toukiden im sure it'll come, and God Eater 2 like the first)