Maybe you missed it in my post, but I'm using 2*tie ratio/weeks i.e. there's a factor 2 in all the numbers.

Of course it doesn't make any difference when comparing, but if you're curious the reasoning is that since we're considering a constant average rate of sale for the consoles, then the average age of each console is weeks/2.

Ah, yeah I did miss that.. It might have something to do with me being awfully tired, and been sleeping really bad lately..
Or it might be that I just simply missed it, either way, sorry about that, you're very right.

And by the way, I like that comparison you made, it just shows that PS3 is doing really great, REALLY great for a console known as doomed the last 2 years. It's just a shame that Sony has lost so much money as they have this gen, since they really deserve better.

Man, Japan has some shitty attach rates these days.

haha sorry, i meant "yes, it does outsell both when aligned"

Maybe somebody should check the attach rates for the handhelds. Everybody knows that the consoles have been lagging in Japan this gen., but the handhelds have been doing pretty well (especially the DS). 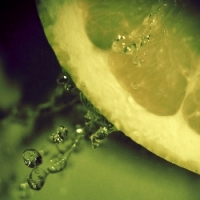 Average PS2 weekly numbers wouldn't really be useful to compare because at the moment the PS2 is nearly at the end of its life cycle and its sales have been declining constantly for quite a long time already. This would reduce the weekly average a lot, I guess.

The numbers tell us that with a simultaneous release of both HD twins the total numbers would be like this today:

Although these numbers are of course only based on simple calculations completely ignoring important factors such as pricing etc., they tell us that the PS3 is at least performing as well as the 360, if not better.

PS triple would have dominated if released the same time as 360. You also have to take into account that for an entire year Late 2005 to late 2006 the 360 had no next gen competition. If the PS3 had been there as an option then 360 sales would be even lower as well as PS3 sales being higher.

Great stuff, I would just love to see the numbers of PS3 and 360 released at the same time, also if you take that year to year and a half head start 360 had , the numbers would really be different, but as a gamer and owning both PS3 and 360 for most I just want to see a good comp all around, that means better games for all of us. I am more PS3 pro, I love there games, network and controller.