Want To Troll The GT5 Date? Don’t Get Caught.

People who have been looking forward to GT5 since soon after GT4 hit the shelves were sure to be slightly disappointed by today’s news that the title wasn’t going to land in Japan until March 2010.

This caused sympathetic forum members around the world to come alive with comments like “they’re probably working on enhancing the damage modeling” and “it’s better released when it’s ready” and various other comments, but obviously at some point fanboys tried to get involved and comparisons to Forza 3 were made including this seemingly innocuous post over on NeoGAF highlighting the difference in release schedules between GT and the Forza series.

Seriously I’m done waiting, how can they let someone make 3 games before releasing GT5.
360 it is, Forza it is, Bill Gates it is!

Well ignoring the fact that the poster seems to have conveniently forgotten about GT5 Prologue and GT PSP it seem pretty standard forum posting behavior, doesn’t it? Well, not quite because it was quickly followed up by this post by one of the forum mods, BishopT.

I’m not going to suggest that this is marketing tactics where people go online and into forums to generally ‘diss’ the competition, even though that does happen – but it sure is pretty funny that someone would sign up to a website and post comments for the world to see with the purpose of causing friction or even to fuel the flames of the fanboy’s war with a Microsoft account…

LOL......I don't think its Viral Marketing, probably a MS Fanboy who happens to work at Microsoft 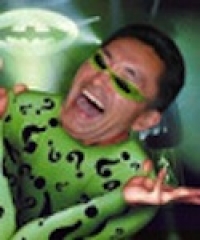 Haha, that's pathetic. I think Sony did something similar with Halo 3 on Wikipedia.

@The God OF War

THIS is one of the reasons why GAF aint the worst gaming forum.....they do some nice ownage sometimes & gifs!

Funny if true, but what proof is there? maybe gaf is doing this for hits ...

Just shows how broken GAF's system for account activation is.