Well, I prefer the 360...mainly because it has GOW and Halo lol. But I would not mind a PS3. Also, I do not blindly support the 360, or any other console for that matter. I call them out on their good and their bad. If you hold the view that each console bring something diffrent to the table, for different people. Then I would welcome you to the ranks.

Hmmm... quite a few people seem to be missing from this list.... fanboys ahoy! 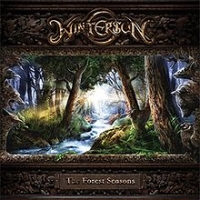 Great move there :D ! I too think the fanboyism as gone too far. Some ppl r just too blind to see there's good games on all platforms. I think the "REAL hardcore gamers" are those who do not complain about a game on another platform they haven't tried and are not limited to only one gaming console. Glad to see i'm not alone ;).
U can definitly add me ^^

Excellent, I dont see any reason why I cant be for the playstation and be willing to understand its faults and critically look at all the facts. However it would have been nice to have the attractive OP poster to invite me ;) (I am probably going to burn in hell for that)


Yes I am a fan of the Playstation 3, but I am an even bigger fan of intelligent and rational dialog. (If you are up for an intelligent exchange of ideas, you are more than welcome to add me as a friend)

(haven't been playing much since I am broke)

I would like to be in here. I do like my Sony products a lot but I also enjoy my Microsoft and Nintendo products as well. ^_^

I was probably the biggest Nintendo fanboy before, then I bought a 360 and figured out that there is a much bigger world of gaming out there than just Mario, Metroid, Zelda, etc. I even started to think about playing Sony franchises I said I would never play because I thought they looked "gay" (believe it or not). Then I bought a PS3 because I realized how stupid that idea was. Plus, I needed a new computer for college last year and I bought a good laptop (it's small and doesn't take all the place in my room) and I can even experience PC gaming.

So... now I think I'm a more completed gamer, if you know what I mean. I realize it's a good time to be a gamer: all the old IPs getting sequels like Bionic Commando, digital distribution services such as WiiWare/Steam/XBLA/PSN, etc. Luckily, it seems this generation will last quite long. Sony say they have a 10 year plan, Microsoft says they want the 360 to last until 2013 or something like that... So it all depends on how PC gaming evolves before the next console arrives.

Yeah... That's about it for my view on the gaming world tonight. It's not all black. That's why I think fanboys are funny nowadays! o_O

I suggest renaming your movement to the Non-Aligned Movement. I think it would help this thread satisfy the megalomania quota all VGchartz threads of this nature must satisfy by law :P

I'll join this cause!

Sorry but I always have to remain loyally blind to games with Pikachu in them and think they are awesome, including such hits as "Hey you, PIKACHU!" and "Pokemon Box", hardcore games for the hardcore fan that will do nothing but please.

Its nice to be idealistic but its probably not going to work.

For the sake of diplomatic relations though sign me up.