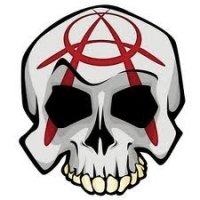 You want to play Uncharted and Infamous and you aren't interested in Bluray, God oF War, a fuck-ton of exclusives, FPS games because they lack a wii-remote, and PSN titles.

Welll, $199 won't happen for a long time, but good luck. those are enough reasons not to buy anything. I personally hate the Wii, you almost feel the same way about PS3 :D.

Most FPS games suck on all consoles I still have yet to play one that controlled well and didn't not either baby you or felt like you were playing in Molasses. Are they playable yes are they fun no. Still people buy them on consoles so they keep making them.

PSN titles are lacking compared to the 360 and Wii. I own both the Wii and PS3. The ratio isn't comparable. That is not to say I didn't buy any I bought Blast Wars and Mega Man 9 on the PSN network. The last man was a good idea but way overpriced for a google maps game.

The guy stated he was really only interested in 2 games maybe 3 games and that he felt 199 was a reasonable price to pay.  Thats the way it is. He doesn't have to like MGS4(Way over rated anyways) and Little Big Planet or God of War 3. Teh truth is some of you can't understand what its like.

There are 2 or 3 360 games that I want to play but they won't drive me to go out and buy a 3rd console. If I posted a thread asking when you think it will drop down to 99 dollars for the 20 gig one. I would be annoyed by posts that say you really only want 2 or 3 games surely you must really want game X Y Z.

There are games you buy a system for and games that come as perks after you own the system.

Majin, I understand how you feel XD.
Myself I really really wanted a PS3 so I could play Valkyria Chronicles, MSG4 and...Valkyria Chronicles. But I don't even have a HD tv yet, so I don't care much about BR. And like you, I don't enjoy playing FPS with analog (Metroid Prime 3's fault, thank you very much Nintendo... XD). The Uncharted games seems interesting I must say, GoW3 may be, Heavy Rain...um...may be interesting I think.

But I was kind if lucky, my sister bought a PS3 so now I just have to pay for the games I wanted :). I'm a smålänning....
I will probably buy a PS3 when it drops to 299 though, especially if ToV is released outside of Japan.

About the trolling, I can't see how anyone can take him for a troll. He hasn't been negative about the PS3. As I see it it's just a matter of taste, and if there is only a few games that you really want to play it's difficult to justify buying a console unless you're rich.

Big SRPG gamer, are you?

though redundant, same situation here 4 or 5 games I'd buy, I paid under 200 for my wii and 360, I'm not paying out more for a ps3...
though kind of odd as I paid more than 200 for a copy of Garou mark of the wolves for the neo geo, let that be a lesson neo geo ownership is like disease, it starts out harmless enough, 20 bucks for sam sho 2, 30 for kof 94, then you start going, I can afford 70 for real bout or kof 96, then bam your paying 2000 dollars for a US metal slug, fortunately I'm not there yet, but I'm already gone don't let it consume you too

Then I'll try to explain my way out of these ones.

I've played all GTAs, just not owned them. F-Zero GX was an impulse buy, and I thought it would be unnecessary to play games prior to it (main reason I try to play franchises starting with the first game), I find said principle unnecessary with fighting games which is why Tekken, Soul Calibur and Street Fighter aren't full franchise entries.

Paper Mario is a franchise I'm planning on getting all of, but I got Super Paper Mario first because it was less RPG than the others. Fatal Frame I got because it looked scary and I wanted to try my hand at a horror game ... Really don't know why but oh well :P

Dragon Quest is not a series I'm going to get into, because I simply can't be bothered to replay lots of old RPGs when I often dislike RPGs. I played some DQ8 at a friend's house and liked it, so I got it.

Fire Emblem is somewhat the same thing as Dragon Quest, but mostly it was because I had no feasible way of getting Fire Emblem 1-6(I do know japanese, but prefer my games in english, and even though I could play them in japanese, the only one I'd be able to get ahold of and play was FE6), and when I found out that they have fully seperated stories, characters and even worlds I simply opted to get Fire Emblem for the GC, and I sure didn't regret it.

So while there are exceptions to said franchise rules, you'll also notice that while hyping up for DMC4, I got DMC1-3 and played them through in sequence, and after recommendations from a friend I purchased the Sands of Time trilogy and plowed my way through that. Pikmin 1-2 were in anticipation of the sequel that would undoubtedly show up on Wii or DS at some point.

So yeah, there you have it, I guess.

Probably in five years.Anything less would be unrealistic.By that time the new generation would have probably already started and Sony will be more focus on promoting their new console and so you will find PS3`s for cheap.I think that Sony might switch their strategy this time around and rather than focusing on getting exclusive games or having the best graphics they will go back to the ps1 and ps2 roots and try to regain as much costumers as possible.They might also have the ps4 much cheaper than the ps3 was on it´s launch date.