Welcome Back To UnReal Talk YOUR FAVORITE show......1 week later.

This week we have an interview with a LANDMARK Vg chartz user who brought in wit & humor at a time when the forumn was filled with blood from fanboy battles taking place regularly.

Stay Tuned For His Interview

A new tradition UnReal Talk will be doing is using a post by a user from the last episode & creating a WHOLE NEW segment around it....This is the post that will be used this week:

So we will have a poll on this topic......but first of all we mus give a dumbledore clap to leonidus! 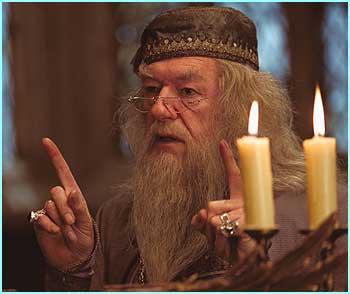 Basically just clap on the back of one hand without moving the hand you are not clapping with!!

Who is more popular.....the witty Rol or the trendy DmeisterJ?

The third choice may be used by really new posters....

Get voting away here, posting away or at the least if not posting on this thread....get killzonwed in your living room!

Rol's interview WILL be up in 5 Min!

1. So Rolstoppable please tell me how has your experience on Vg Chartz been? what do you feel about this site? soon it will be two years since your smashing debut on this site!

My experience here on VGC has been overwhelmingly positive and Brett and his team have made impressive progress over the course of the last couple of years. I visited the site almost daily in the past two years and racked up an obscene amount of posts. VGC has become a part of my life, saying anything else would be a lie considering that I have ~11,500 posts.

Besides entertaining the community, I also tried to make new intelligent and/or interesting members feel welcome to keep them on board. I am glad to see that many of them are still regularly posting and some of them are among the most active members on the forum.

2. Rol many of us are interested in knowing the secret to you wit? is there one at all?

It's a secret to everybody.

Seriously, I havenumerous theories ranging from "natural talent" over "Kim Possible is my inspiration" to "severe brain damage". Most likely it's a combination of these points.

3. You are a creator of many Epic threads....one that spring to mind is the thread with the thread title "I have lost faith in nintendo" & thereafter you wrote an essay about why.....after analyzing it we saw it was all sarcasm as hidden int he post were the word "8 ball" or something like that........now what in your opinion is your best thread.

"I have lost faith in the Wii and its future" single handily (did I spell this correctly?) made me (in)famous on this forum. I think I spent about an hour writing and finetuning it and it's definitely one of my best works. As for my best thread I would go with "I figured out why Nintendo became so dominant in Japan", which was a detailed analysis of the Japanese software market and none of my points were challenged, so I guess my conclusions were pretty much spot on after all.

4. We can see many games present in your list on your homepage on vg Chartz......but if you had to name just FIVE....which are your top 5 games ever?

After having played so many great games, it's hard to name only five and they change depending on my mood. Today I pick Super Metroid, The Legend of Zelda: Majora's Mask, Fire Emblem: Radiant Dawn, New Super Mario Bros. and Paper Mario: The Thousand Year Door.

That's a "no" with almost 100 % certainty and the reason are primarly games. I am aware that the general consensus on gaming forums is that the PS360 have a (much) superior library compared to the Wii, but due to my genre preferences the majority of those great games don't interest me at all. FPS, WRPGs, RTS, bloody action games, take those out and there isn't too much left. There's a couple of JRPGs I am interested in, but what would make me want a PS3 or 360 the most, are the racing games. It also shouldn't be a surprise when I now say that I don't care for PC gaming at all (in case anyone wondered if I play PC games).

6. Finally did you ever think that I may be actually Jerry......and what do you think about UnReal Talk?

No, I had no idea. I suspected that jerry is someone else's alternate account, but never would I have thought that it was you. It was also shocking to learn that you are a 45 year old widow from slovakia.

UnReal talk is an interesting concept and entertaining. Something I always welcome here on VGC.

Slimebeast - What's the best and worst thing about Austria? -

The best: Our football teams who are among the best ones in Europe. American football, that is.

The worst: Our football teams. Football as in real football.

Fantastic Interview......Rol Deserves a very loud clap everyone......I hope you continue to make us laugh like this forever n ever!

As Rolstoppable is a nintendo games fan.....we'll have a picture from the most famous nintendo brands!

Rules are simple think up of a phrase/caption for this picture......n the people who post later can say who's phrase/captiont hey thought was the best.....n so we will reach a winner democratically! If no-one votes I will pick the winner myself.

I will be updating phrases/captions people make here

you choose the kind of phrase you want to make.......just remember peach & bowser are having an affair since 25 years.....so nothing too mean

RolStoppable  - "Bowser: That's not what I meant when I said that I want to touch your mushrooms!"

SmokedHostage - "Toads ain't so useless anymore, are they?"

The live update WILL continue.....but as they say..."the show must go on"

and we reach our final segment of this second successful UnReal Talk Episode.

The WINNER Of the "NAME THAT CAPTION" Segment Is

Its been a great night.....BTw Leo-J was the right most in the pic.

Now its time for this Successful episode of UnReal Talk to end....we WILL BE BACK NEXT WEEK!

Interview is fully up now

lol darth, not only did you steal Snake's idea and refined it, but with an alt account. ^^ Loved it though. And this show really has an original twist.

But I wonder what was UN-real in this episode!

Hm, is UnReal Talk a one hit wonder? A fad? Or was it jerry who brought in the people because he knew how to entertain the crowd?

the real question is whether DmeisterJ's interview brought more people than your one....lol

Humorous. I look forward to Episode 3.

we are not done yet.....one more segment n then we are finished

Name the Caption segment will make it return in 10 minutes!