opinion: Wii has a better online system than ps3/360

You telling me its all about opinion?

i am a wii fan without a doubt, but i think its success is partial sales related and nintendo's own aaa game library they keep producing, sega and capcom,namco are showing it some more love. so i think over time during this year, the true wii fans will start to talk about its games more and more. and this wii sales comments wont be so much talk anymore.

Wii is Koing Leo-j.
Get over it pal. It sells mor units, it sells more software. Just get over it. Grab a beer, and if you can afford one, just do it.

anything coming from you leo-j would hurt anyone!

and that's a FACT not opinion!

Yes ofcourse, as if you actually knew me, im the nicest guy you could ever meet, but when it comes to bull$hit I retaliate. 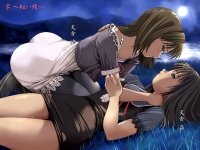 So you start trolling?

hes he does, just look at his ban fines

Not that random. They were talking about Michele Jackson.

Well, the thing is in the two years that the Wii has been out, it came out with a lot more games than Gamecube and even N64 had in their first years. I mean look at just the First Party games for the Wii:

I am not saying that this are all great hardcore games, but saying that the Wii has no games when it was like 2 times more than the previous consoles is arrogant. The problem with Nintendo is that they didn't space their games out. If they spaced it more out, then it probably wouldn't be that bad of a debate. But it is just all of Nintendo's InHouse Teams released their games already. So we probably won't be seeing a steady income until the summer.

Subscribe to me Please!  It helps me out more than you know!