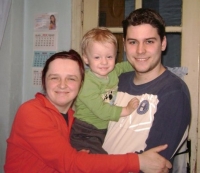 CoD:Waw is a major flop to me at least! I mean quit this bull*it already with 2nd world war game every hour
beign released.. CoD 4 was great but 5 is just like 2 or 3 to me... Its a pitty though!

That means you've either not played the game at all or played just a little of the single player campaign.

The game's setting hardly defines whether it flopped or not. I get it, you and many, many others are tired of the setting but that hardly has much bearing on the quality itself.

I really do wonder how many haven't gone online.

How do you find out how many accounts there are?

Go to Barracks. Any leader board. Then press 2 (or is it one) until you're taken to the top twenty. Go to 1st place then press up on the control stick and you'll be taken to the very bottom. Which is some person named ww. He has always been dead last, due to his negative score XD. He probably just rented it, sucked really bad and returned the game.

Yeah the weird thing about the last guy is that his K/D ratio is negative but he has a streak of 48....makes no sense at all

It'll make 1M in a walk, but I'll go on record saying it'll go 2M before it's done. That is if they have the brains to keep it on the shelf. It's not like Madden, it's not going to go out of date and with the number of new Wii owners it could just keep on selling.

I think one reason it started so slow other than inadequate supply and support, is simply because COD3 was such a huge disappointment. I'm a huge fan of the series, play them all on the PC big time before giving up the PC for the Wii. I grabbed Cod3 like first day and never even finished, the controls were so awful.

I waited to get COD WaW until I had gotten enough feedback to be sure it wasn't another turkey.

And personally, I like WW II games. First I'm a history buff but mainly because the weapons are deadly enough while still being human sized. The modern weapons and even more the fantasy weapons like Unreal, just aren't as much fun. Hell, of course you can kill someone with a super Gattling atomic canon blaster.