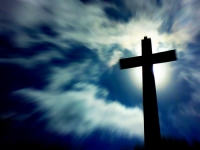 I cannot figure out the point in even giving an overall score when it in no way reflects the overall score of the different areas that they just scored. Why can the average score be a 6.9, and the overall score be a 5.3. This is just very confusing to me. This is not a game I am interested in, but it looks a little better to me than a 5.3. I think the 6.9 average would have been a little closer imo.

What in the devil are you talking about

DMeisterJ on 14 November 2008
Is it me btw, or is the final score from IGN....kind of low despite the fracture scores.

HE IS THE OP

ALSO NO ONE WAS PAYING ATTENTION TO HIM

Why do you bring thigns back up when they should not be discussed.

The primary focus of the discussion when you came in was that IGN's 7 is roughly equivalent to Gamepro's 3 or 2.5, based on where their scale starts.

Actually DMJ, i wasn't saying that the combined fracture scores don't add up, it justs seems to me that despite the reviewers problems with the game, it should score at least a 6.0 with ease.

Besides, what you said about IGN giving fair reviews based on the system the game is on, that is total BS. Every single time there's a multiplat that also has a Wii version, the review mainly consists of whining that the game is not up to par with the PS3 and xbox360 versions (COD WAW review for instance) or that it has some modes missing, therefore, even if there are more than enough miltiplayer modes already, the games gets a lower score because of it.

Anf for the life of me i still can not comprehend what the hell does "too much waggle" mean. I don't see other games haveing points (as much as Wii games) detracted for being button mashers

Yes all the recent reviews of Wii games from ign are all bad written. The only decent review was the uk-review from Wii Music.

I have to agree with you on this one. Stars Wars Squadron on GameCube was one of the last good games I played by them, and that was developed by Factor 5...


The Interweb is about overreaction, this is what makes it great!

...Imagine how boring the interweb would be if everyone thought logically?

I can agree...too much waggle= too much button mashing..in a bad way

waggle means: does not matter wich way you swing

I was hoping for it to have actual combos..like: right, left, up etc etc etc


The Truth About Nintendo

The truth about Hardcore and Casual