Wii: No kidding ourselves, what are you really looking forward to getting.

Forums - Nintendo Discussion - Wii: No kidding ourselves, what are you really looking forward to getting.

Actually, now that I think about it, the Wii certainly has the most upcoming exclusive games out of all the consoles. I think the multiplats are where the Wii gets hit at. I mean really, any Wii only owner would probably much rather have RE5, Mirror's Edge, FFXIII, Left 4 Dead, or Fallout 3, than SOCOM, Killzone, Too Human, or Halo Wars.

There's also the perceived quality of exclusives in the HD consoles that make the smaller number of them seem like a better list.

For instance, the touted exclusives, LBP and Fable 2, themselves would probably appear more worthy to the standard non-Wii owner than all games on my list.

Graphics make trailers look better, which is a large reason that Tales of Vesparia has garnered more internet love than ToS2.

The Wii wins in exclusive titles, imo. That comes from the fact that the 360 and PS3 have largely multiplat, or timed exclusives only, with a couple of AAA first party games, but otherwise, mostly overhyped exclusives that get attention just because they are exclusives, like MAG.

However, while that is nice, the reality is, multiplat games are still fantastic games and the Wii has been largely left out in the cold by these former PC developers who are now all about next gen graphics. Soul Calibur 4, for instance, is a great game that won't see a Wii release.

So, yes, certainly the Wii sees less core titles, and therefore has what some opinions would consider a smaller, and by inference, worse library. However, the PS3 has a smaller library than the 360, so the same inference applies, it's just not to the same extreme.

That said, as much as these people love to hate on the Wii, the day a Wii-exclusive Zelda game hits, they will probably be saving their paper-route money just like you, and the best thing about it all, is they still can't play Super Mario Galaxy, no matter how much fun they pretend they're having, they still don't have a single game that is better than that one. Never will either.

Also, they're under a lot of stress from these constantly dissapointing HD sales. It's no wonder they love to lash out at the Wii.

The grass is always greener on the other side.

Megaman 9 - Megaman 2 was my favorite in the series and they are trying to make MM9 as good as MM2.

Oboro Murasama - Odim Sphere was one of my favorites. I think feudal Japan is a much better setting than Norse mythology crap. I also expect the frame rate on this game to be much better than OS.

Fatal Frame 4 - I love the series (the first one in particular) and survival horrors. I want to check if they can make the game as good and fresh like the original.

The Conduit - HV makes average/good games with low budgets and short development cycles. I want to see what they can do with a lot of passion and enough time to polish a game.

Spyborgs or Captain Rainbow - the concept is so cheesy that I must try one of these games.

"You are for ever angry, all you care about is intelligence, but I repeat again that I would give away all this superstellar life, all the ranks and honours, simply to be transformed into the soul of a merchant's wife weighing eighteen stone and set candles at God's shrine."

1. MLB Power Pros 2008. Last one was the best baseball game i've ever played... and i've played the recent ones and the classics (RBI baseball etc) The RPG like mode ruled.

2. Megaman 9. A classic return to a legendary series when it was at ait's best.

4. Wario Land. Classic 2D platforming. I can't express how happy i am the genre is making a comeback after Sony tried to kill it off in the PS1 era for some reason.

5. Monster Lab. Most people probably won't like it... but i think it's another game that has style. The battlemode really interests me with it's frontmission type blowing off limbs and the huge amount of parts will lead to customizable fun.

Fatal Frame IV: I miss a good game that can scare me in my collection
PES2009: I also need a good football game - Unless fifa 09 is better.
Conduit: Maybe would be nice to have a good looking FPS and to support the devs
Madworld: Not because of the gruesome nature of the game but because it is black and white, I would like more games like this
RE5: This game is what I would really want to have on the Wii more than anything else because of the controls. I know it is not available, but I hope it will be because I prefer the Wiimote to PS3 and Xbox360 controls.

edit: Anygame that also has head tracking could be included in that list. I mean it was so cool to have a shooter with headtracking or something like that.

- Fatal Frame 4: seems to be the only really scary game in this console generation.

- The Conduit: I love shooter, but I don't love fiddly gamepad controls a la xbox/ps3. This game has it all: Good graphics and perfect controls.

- Mad World: Hey! You can ram a street sign in another ones head. A must have

- de Blob: The graphics are fantastic and the gameplay looks like fun.

- Fragile: Don't no much about this game, but the story sounds good and the pics are very atmospheric

Only five games? That's hard, there are so many good games in production. Hm ... I will cheat:mushroommentalesofsymphoniaforceunleashedarcrisefantasiaworldatwartenchu4castlevania judgementtheskycrawlerssporesam&maxdeadrisingdeadlycreaturesandmanymore

Wii Music - I was expecting the worst when I watched the E3 presentation after the fact. I don't get why everybody's down on this game; it looks fun.

Wii Fit - I still can't find one that isn't going for a ridiculous mark-up.

Dead Rising - The 360 version was awesome. Hopefully the Wii build will be different enough to make it worth my time.

Fatal Frame 4 - Initially I wasn't big on this game, but I'm coming around on it.

The list is pretty low for what I expect to be top notch but here goes.

1. The Conduit - interesting FPS game ,and i love how HV play with wiimote (like homing alien laser etc)
2. Little King's Story - I alwalys love games like this ,make a town and create you people ,grab materials ,order your citizen to do what you want.
3. Fatal Frame IV - I hardly play and interest in horror game/movie before ,but now my taste change a bit and wanna try something new for me.(Include Fragile too)
4. Wii Sports Resort - same reason as i choose Wii Sports ,its going to be really fun to play this game with wiimote.
5. Monster Hunter 3 Tri - fight with large monsters with your teammate ,really want to know how they going to do when play this game with wiimote.

Actually there're still more i want to say but you want only 5 ,so here you go :D

P.S. If anyone wanna look which game that going to release soon, you can check it here.
http://www.vgchartz.com/forum/thread.php?id=34940

First off: ItsaMii you cheated by putting "or"...

This isn't really my  "top 5" it's more like what I'm looking at as quality and fun looking.

de Blob - at first I wasn't excited for this at all.  It was originally a game created by students.  I thought it was going to turn out to be shovel ware.  But now I see there is a lot of deep platforming and exploration.  There's a bunch of levels with a many objectives (read: things to do).  The game is gorgeous on top of all of that. 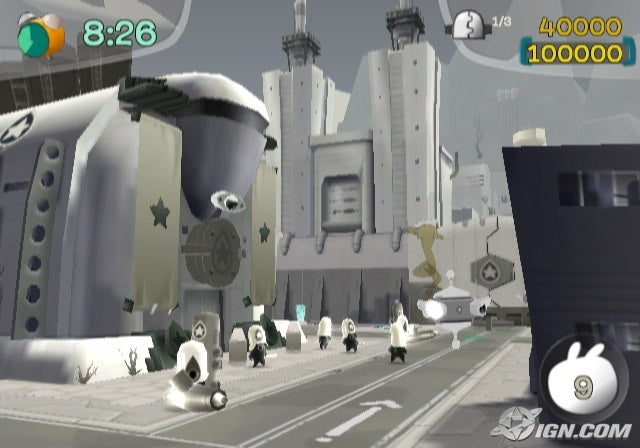 Guitar Hero World Tour - Another game I was not looking forward to.   But then there was the song creator.  If that wasn't enough, then they announce that the circumvented storage problems on Wii by loading directly from the SD card.  Nintendo makes things hard, and the big guys have done what they can.  Activision fixing storage and EA fixing online service with EA Nation have shown a very nice commitment to the core gamer on Wii.

Little King Story - One of the most powerful parts of the Wii for core gamers is the pointer.  I made a thread about it before.  Little King Story does so much with such a small range of controls. 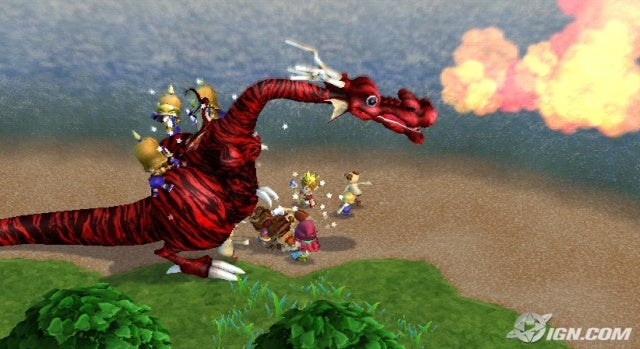 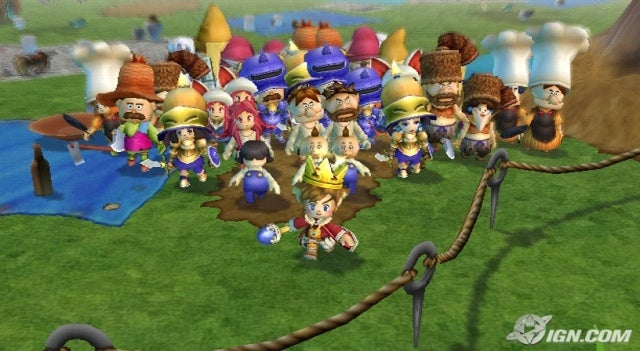 SPRay - Vomit power FTW!  I like RPGs and Platforming.  It's no secret.  The idea of combining platforming with creatures who "spray" different materials and fluids so you can climb, slide, break, and more.  More? You had me at climb. 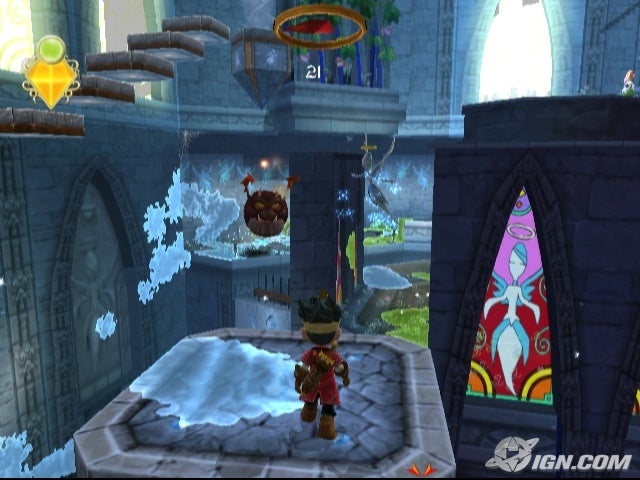 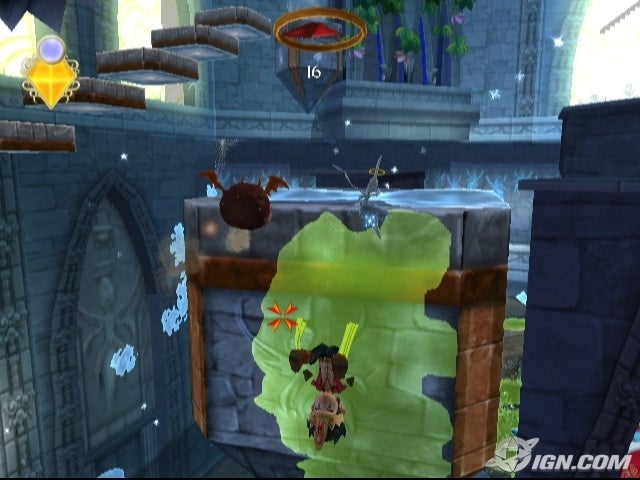 Mushroom Men: The Spore Wars - I hate Gamecock.  They have been all talk.  But suddenly this is starting to shape up real nice.

In my opinion the game is also suited to offline gamers. And it is AWESOME. However it would be nice if you have some local friends, who play the game with you. In my opinion the local offline multiplayer modes are great. However, if you are a pure single player, then other games could be better suited for you.