Forums - Nintendo Discussion - What is your favorite Wii game? 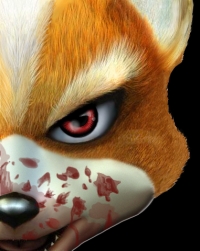 Zelda Twilight Princess even it's just like the R E 4 Wii no matter and of course :

Games I am looking forward to:

“Go ask [Blizzard president] Rob Pardo if PC gaming is dead – if he can take the time out from making money hats, I’m sure he’ll give you a really eloquent explanation of why probably the most valuable entertainment franchise of the moment is PC-specific.” - Gabe Newell

Ghost Squad. I don't find MK Wii as fun as the rest of the series.

Super Mario Galaxy, it's such fun to play although I haven't played Super Smash Brothers Melee yet or Ninjabread man.

Mario Kart Wii, I love the online and the multiplayer. Team mode with my friends is the best.

Thank you! This thread was a joke until you posted. Awesome single player and multiplayer, along with a level creator that you can share with friends. Boom Blox.