The release of a new generation of hardware can be an exciting event, wowing us with experiences not possible on prior machines.

Which generational jump between Nintendo systems was the most impressive to you, and what made it so? 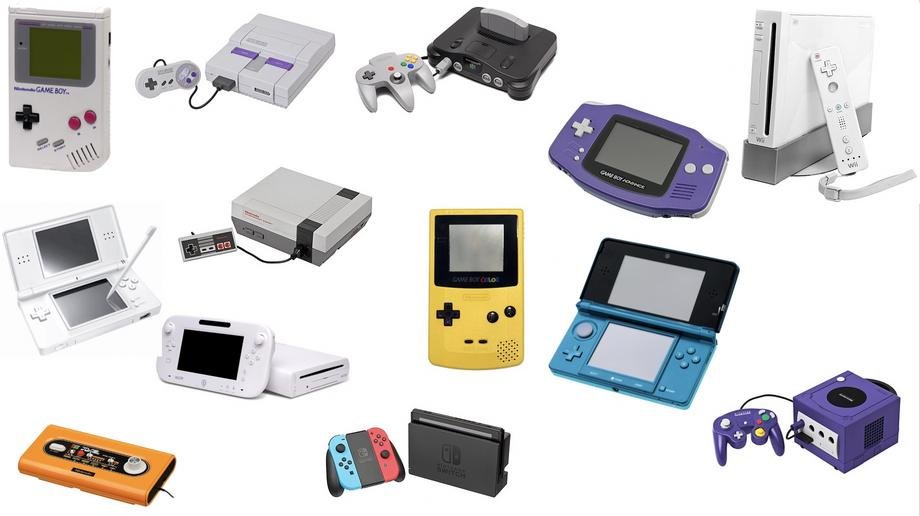 Going from 2D to 3D is hard to top with N64 on a pujre technical level. However what impressed me more was SNES from the sound to visuals and little details like Mario's hat flopping as he ran. His overalls having pockets. The scaling effects in Pilotwings.  N64 was mind blowing it was in 3D but a lot of the details in the 2D games felt lost.  Gamecube wasn't that impressive to me by it's launch as Dreamcast and PS2 were already out.

Snes to N64. Not just because we went from 2d to 3d but because of how stupidly well many Nintendo games translated into 3d. Even today I sometimes go back to OoT or Mario 64 and play them because they aged very well.

The obvious answer is the SNES to the N64, but just looking at the television… it’s hard to argue with the jump from N64 to the GameCube. Some of those games hold up pretty damn well today and that’s saying something imo.

Yeah that’s true too.  Nintendo was able to move a lot of IPs from 2d to 3d and lots even got better with the transition.

I think NES to SNES was a big one. Similarly, master system to genesis was a very big one for Sega.

SNES to N64 and GBA to DS with the jump from 2D to 3D are the obvious choices. Otherwise, NES to SNES and N64 to GameCube had some impressive jumps as well. After the GameCube there really hasn't been any big jumps. At least compared to PlayStation and Xbox.

SNES to N64 is probably the best answer.

Gamecube to Wii was cool because of controls.

I really hope we have a more notable generational leap from Switch to its successor, instead of another "slightly better" hardware.

SNES to N64.
Ocarina of time and Mario 64 are just mindblowing. N64 is the last Nintendo console that actualy looked Very impressive bases on time. I mean, Game clube is great, but Wii, Wii U, Switch... All big letdown, all underpower and overpriced hardware.

There were several:
My rankings. I’m going to include Switch as a part of both.
Home consoles:
1. Gamecube to Wii - this was the emergence of an exciting new era for Nintendo, like a sleeping giant awakening from its 5-10 year nap in a ditch. Motion controls, online store, and everything sleek breathed a lot of new excitement and life into Nintendo consoles unlike any time in Nintendo’s history… it was like the square of all the massively hyped games like Super Mario Bros 3, Donkey Kong Country, and Ocarina of Time combined into one massive release. It’s also the first Nintendo console where I couldn’t play all the games I wanted to—something I’d only experienced on PSX before… although, now it’s commonplace for me (Steam and Switch, I’ve nowhere near the time I need to play everything I want. Even if I had 18 hours a day).
2. SNES to N64 - and this was probably the biggest “holy crap” moment, but it was too short lived. It was probably about 5 or 6 months before SNES became my primary Nintendo console again, and remained so for almost all the rest of the generation.
3. NES to SNES - could have been first place if Sega hadn’t done it first. But, all the same, SNES felt like a different kind of beast than the SMD, the graphics and sound were crisper, and it felt more advanced.
4. Wii U to Switch - I think the ability to finally play handheld mode, have the screen clearer, and being able to leave the room was a big thing. Being able to commute unashamed of being in my thirties and playing a video game console (as opposed to mobile) was a nice plus :D But that seems like handheld territory, really the big advantage over the Wii U were, IMO, the joycons, and the much faster experience. This felt like a proper Wii successor that just came out 4 years later than it should have… still, 4 years later than it should is still not even close to too late.
5. N64 to Gamecube - was pretty flat. The games weren’t impressive, as Dreamcast an PS2 already had great lineups. PS2 had FFX, Gamecube’s answer: Celda. I think part of my lack of hype for this console was that I was long done of N64 by the end of the generation, and Gamecube felt more like Nintendo’s floppy answer to Playstation 2 or Dreamcast (both consoles I already had) than a proper trendsetting Nintendo console.
6. Wii to Wii U - the only time I felt like I downgraded my system generation over generation. Technically it was better, but nothing seemed to work as well as it did on the Wii, everything was much slower and clunkier. There always felt like there was a lot less there than what the Wii had before it.

1. 3DS to Switch - this was a monumental leap.
2. DS to 3DS - Glasses free 3D blew me away, and I still like it to this day. The library wasn’t as strong as DS, but the leap in capabilities I feel is underrated… also, I really liked the Streetpass games. And no one had an aneurysm or a stroke, no one went blind, this system faced a lot of undue BS from the press, which probably hurt the library a lot… all in all, it actually had one of the stronger libraries of a Nintendo console, but it fell well short of the DS, commercially.
3. GBA to DS - this one took a bit longer to get going, so it wasn’t an immediate “wow!” as the early games weren’t spectacular or different until Brain Age came out and kicked off the casual Revolution (which gave rise to popularity of game series like Animal Crossing, a casual game already existing, and also the Streetpass games later. Casual gaming is still very alive on mobile). The fact that DS was kind of like a direct update to GBA SP helped it early on.
4. GBC to GBA - not a giant change here, and GBA was a bit of a late bloomer, not becoming great until the GBA SP because the visuals were so dim on the original model. IMO, GBA to GBA SP was more exciting than GBC to GBA. That’s why this gets last place by a distant margin despite being a great upgrade once the SP came out.