MS is the only one who can compete on that level. Better ask apple.

Tbf I think a lot of people are confusing market cap with buying power, or acquisition financing. Look at Embracer Group for example they aren't even bigger than GameStop yet they've been acquiring. Nintendo has a ton of cash that they store, Sony can also buy a few more.  Not on the same level obviously, but if it's just a few European studios they could easily. The question is will they. Nintendo probs won't do anything big bcuz it defies their motto, Sony probs won't risk it much unless they are desperate to. That leaves MS which they just have cash overflowing so they definitely could, but with Activision Blizzard still in the process they won't act now.

PlayStation will just get enough minority stakes in most publishers for them not to be bought by Microsoft. PlayStation will mostly invest in single studios. Bungie was already massive for Sony. Besides talented studios like Insomniac can easily compete with bigger ones, when given enough money and tech. 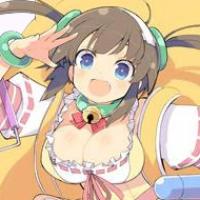 Tencent should sell me to Microsoft since they are mishandling the Senran Kagura series.


Sega Saturn fan most honest, Can you guess which Miku veriosn on here? She has my birth stone color Turqiouse on her eyes.

I would like to wake up one day and not hear about another shithole billion-dollar corp swallowing up the entire industry.

Same on the megacorps, plus I'd also not like to wake up and not hear about an authoritarian regime buying up huge chunks of the industry. Which in Tencent's case, amounts to the same thing.

My issue with Tencent is also why I leave them out of the equation when talking about the "big three": they're just out there trying to get their grubby little fingers in every possible fucking pie so they can profit by way of "a little here, a little there". They're seeing how big the gaming market is and want a piece of the action as opposed to the big three that are out to carve themselves a path to BEING the market.