It's been quite a while since I made one of these threads, but it just feels like we're due for a Nintendo Info blowout, and not the Twitter drop kind, either.  It's Nintendo Direct time, baby! What do you think?  Will we be getting a Nintendo Direct in the month of September? October?  Not at all?

And while you're here, let us know what you think Nintendo will showcase.

We'll see if there's any truth to that one.

That sounds like some shit someone made up to get everyones hopes up.  But then again, so does every direct rumor.  Having said that, I obviously hope it’s true lol.  Star fox adventures deluxe 👍👍👍

I’ll say late September and just pray that they have one again period.

I haven’t thought about it. But I’m guessing if it’s for September or October then it’ll focus on this autumn and holiday lineup with a peak into the winter 2023 schedule.

I’m hoping for some surprise imminent launches (like within 24 hours) type software. My main interest is surprise third party software for the autumn.

I picked September 18th-24th, but definitely feel like we could have an event as soon as September 15th.

I think we could see a quick teaser trailer for the new Mario movie, although I also very much feel that would be a Twitter drop. The only reason I'm putting it here is that they've been using Directs to keep us up to date with the status of that film, which I thought was odd.

I'm hoping for a December release of Metroid Prime anything, whether it's the Remastered Trilogy or the Metroid Prime Remake, with a quick teaser trailer of MP$ after this announcement. I wouldn't be surprised if this was the show closing announcement.

I think we'll get a little snippet on BOTW 2. My guess is that we'll get a bit more info on the setup with clips we've already seen being linked up together so we truly understand what happens to Zelda and Link. Then we'll get another sizzle reel of gameplay featuring new enemies, new abilities, hopefully some underground scenes, and maybe even some swimming scenes. Of course if we get all that, then this would almost definitely be the show closer.

What I'm really hoping they don't do is spend too much time on titles just around the corner. Bayonetta 3 and Sparks of Hope are right around the corner and I just feel like it would slow the show down to spend a lot of time on these titles.

I think a shadow drop of Silksong would be amazing. Also, can we just get Advance Wars released already. I don't know how much hype that game is going to have anyway, but these delays for the title at this point seem odd.

I think a RingFit Adventure DLC pack would be cool and a great opportunity to capitalize on the success of the title and give it another set of legs as we head into the holidays with folks trying to get on a good health path. I wouldn't put it past them to actually have a full on sequel either.

As with all Directs I think many of us over the next few weeks will load the predictions with every title imaginable which will undoubtedly mean that what does get shown won't quite live up to expectations, but at this point I'm just going to be happy if there is a Direct at all.

So we already know that we are going to see F-zero, Kid Icarus, Tomodachi Life, Rhythm Heaven, and the Zelda port. What else?

Late september - early october. They need something for the holidays.

What would do the trick, in your opinion? 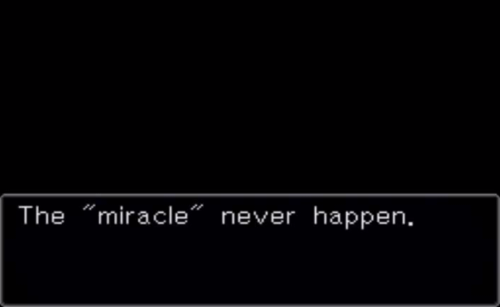 They don't really need much. Nothing they could release in december can outsell Pokemon Scarlet/Violet, even a month after release. But they need to release dates for most of the heavy hitters of 2023, so I imagine we might see one new game, and the rest will be info of already announced titles.