"For seven minutes, I follow Kratos and Atreus across an enclosed arena chockful of explosive pots, advantageous high ground, wooden platforms, and bipedal lizards called Grims. The pair move in unison. Kratos pins a beast against the rock wall and then comes down on its skull with Olympian strength. Atreus fills stagger bars while locking enemies in place with sonic arrows. When a "Cursed" Grim tries to catch the bulky father off-guard, firing toxic bile from its swollen gullet, Kratos sidesteps the phlegm and masterfully deflects a second flurry with his arm shield. He throws his axe at a pot tucked between boxes, and the corner instantly erupts into flames, sending scaly appendages everywhere. Atreus demonstrates he's as much a powerhouse as his father, swinging at unsuspecting Grims with his bow while always repositioning to shoot. The two notice a few stragglers perched above, and in one fluid motion, the god-slayer latches onto the ridge with his Blades of Chaos, climbs the structure, stomps on a healthstone for extra flair, and launches the remaining creatures into the sky.

This adrenaline rush is tied to the versatility of Kratos' kit. The battle axe and chain blades increase maneuverability and power, but a misleadingly small-scale change to the Triangle button makes all the difference. "In the last game, if you pressed Triangle, you recalled the axe," Sheth says. "But if you already had the axe, nothing happened. If you had the Blades of Chaos and you pressed Triangle, you just went back to the axe. We looked at that concept and wondered, 'What if you could do something a little bit different with that button – a whole new suite of moves.'"

Triangle attacks are officially called Weapon Signature Moves. Depending on whether you have the Leviathan Axe or Blades of Chaos readied, Kratos can infuse the sharpened steel with ice or fire. These elemental moves, called "Frost Awaken" and "Whiplash," do extra damage by freezing or incinerating aggressors.

The shield is revamped, too. Yeh walked me through the pros and cons of the new Dauntless and Stonewall Shields, occasionally reminding me that the team wanted players to tailor their gameplay to immediate needs. The Dauntless Shield is all about twitch reactions. By parrying at the last possible moment, Kratos' shield glows a menacing red, signaling the player can unleash a devastating smash that tosses and stuns enemies. Dissimilarly, the Stonewall Shield is for tank-lovers that prefer slower-paced bouts. Kratos can't parry when equipped with the Stonewall, so keeping it raised is crucial to surviving barrages. The more hits the Stonewall Shield takes, the more kinetic energy it absorbs. And once it's fully charged, players can bang the shield into the ground emitting a screen-wide pulse, knocking anything foolish enough to approach off its feet." 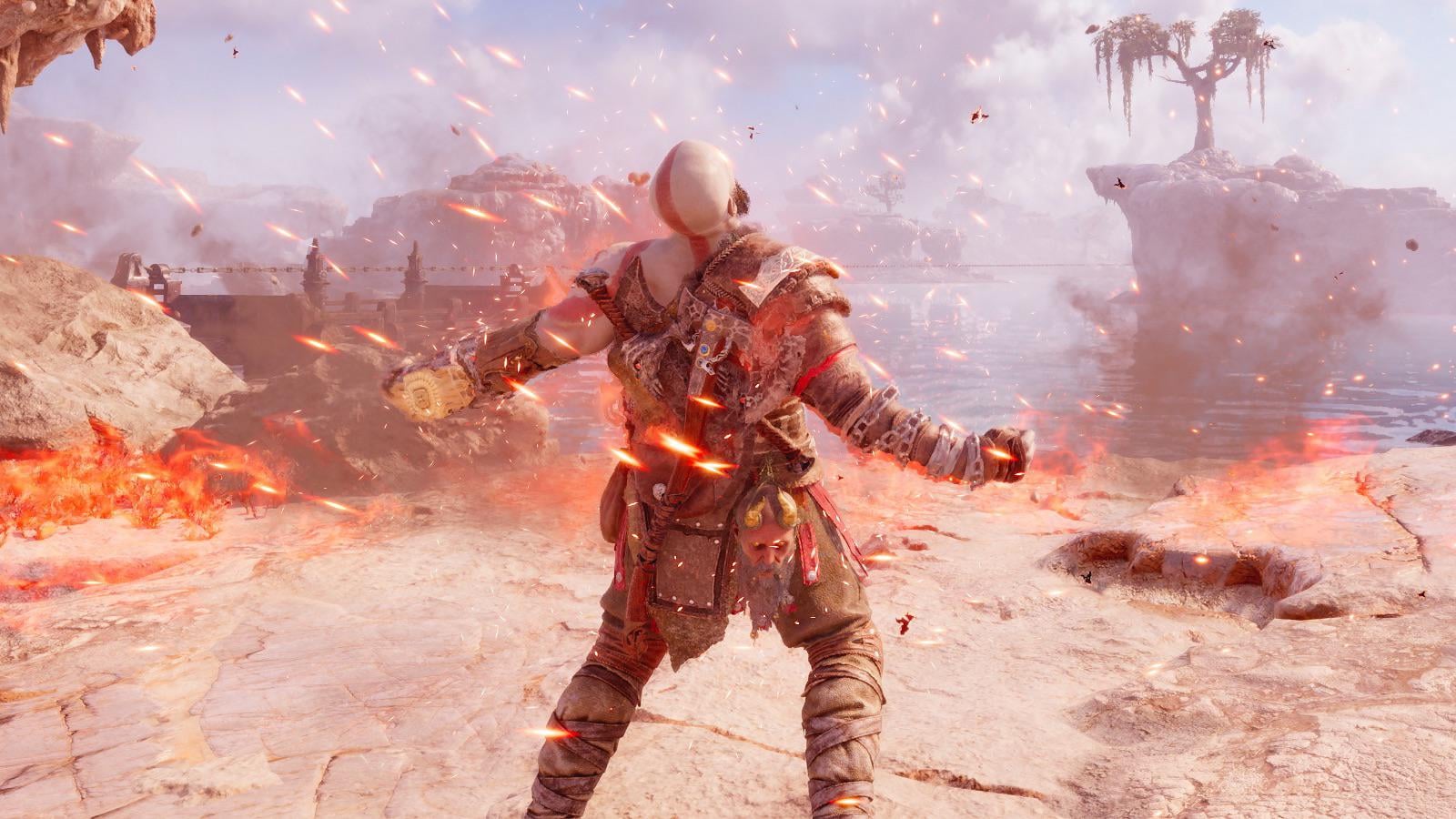 We saw God of War Ragnarök in action...and you will too over the next couple of weeks. Plenty of new details. The game looks amazing! https://t.co/LZScIRrYQU