Sonic adventure 2 followed by Generations then Colors. Back in 2001 that opening City escape level was incredible from a graphical and gameplay perspective.

Sonic Colors for me.
My hopes are high for Frontiers but expectations are low. I'm not expecting it to be great.

Adventure, but that's mostly nostalgia. The best would probably be Sonic Generations. Also liked Secret Rings a lot which I feel is underrated.

I only played two so far, being Sonic Colors and then Sonic Lost World, both earlier this year for the first time. I found Colors to be super tedious und annoying while Lost World felt fantastic and amazed me with the level design, so that's an easy win for me. I'll be playing Sonic Boom next, somewhere down the line.

My biggest hope is that Sonic Frontiers will be an actual good game and stop making people criticise every tiny little detail. I can't stand all this bitching and crying from the so called fans anymore.

Adventure 2. I've never come close to enjoying the others I've tried (Adventure, Heroes, Lost World, Colours, Forces) as much as SA2. I've probably sunk well over 100 hours into that game in my lifetime.

Sonic Colours is easily my favourite. A runner up would be the first Sonic Adventure as it had a heavy impact on me, playing it felt like the first time I played Mario 64. Sonic Adventure 2 was kind of unmemorable for me (that was the Shadow the Hedgehog game, right?)—I mostly remember it for being pirated so heavily in the latter Dreamcast era and being a notable symptom of what killed the Dreamcast. Not saying it’s a bad game, but it lacked the impact and awe of the first one. I also associate Sonic Adventure 2 with the steep decline/end of Sega as a significant force, so not particularly a game I have fond memories of, or nostalgia for.

Colours was a wonderful game, and the only other 3D Sonic that left an impact on me aside from the first. I also ended up playing it a lot more than the first one. The unfortunate thing for Colours is that it came out on the Wii, so it had the inevitable comparison to what are arguably the two best 3D Platformers ever made. At the same time, I had hopes that Colours was the beginning of a new renaissance for Sega (Dreamcast being the first, and unfortunately cut short first renaissance), but it didn’t come to pass.

3D Sonic is a constant feature of the era following the decline and fall of the Sega Empire. Although, Sonic Adventure 1 was not a part of that.

But Sonic Adventure is a lot like Super Mario 64 in other ways than being awe-striking. It also came at the dawn of the decline of the company. But Nintendo weathered it a lot better thanks to the sudden boom in popularity for handhelds, 2D Sonic was alive and well on those, as was 2D Mario.

the one that is good 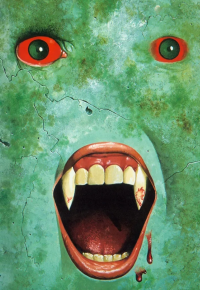 Never played any 3-D Sonic game myself. Might get Frontiers if it doesn't turn out to be another Sonic 2006.