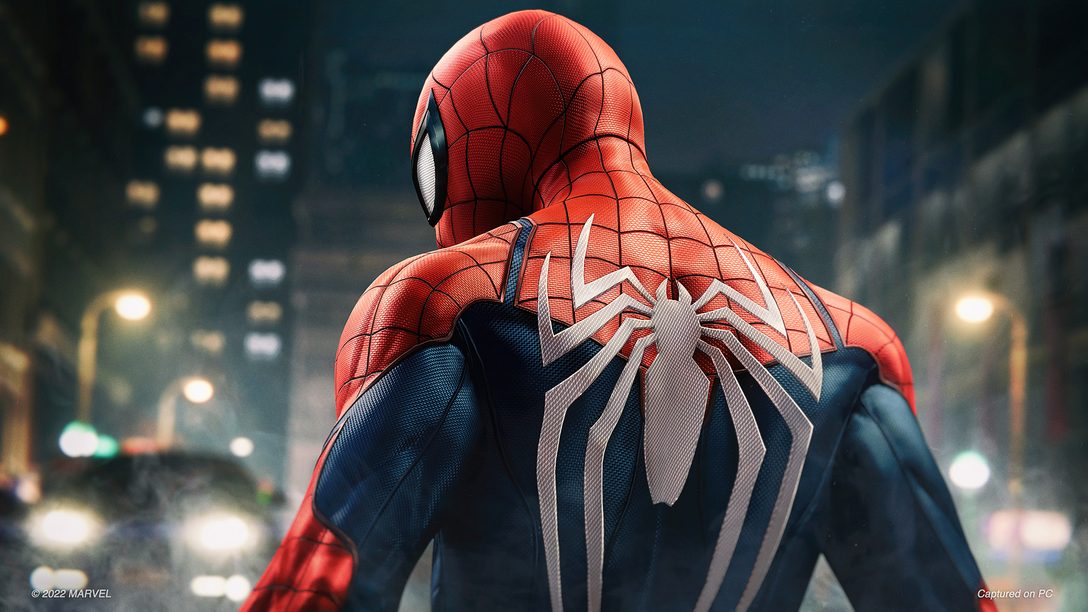 Then theres a sales/marketing pitch , which I wont bother quoteing.

The important one is this:

"Before we further discuss the PC versions of each game, I’d like to pause and express Insomniac’s profound gratitude for those of you reading this post who have already purchased and played the PlayStation console versions of Marvel’s Spider-Man (PS4) and Marvel’s Spider-Man: Miles Morales (PS4, PS5). Let me tell you, there are a lot of folks to thank for your passionate support! With that in mind, I’m both ecstatic and humbled to share that the Marvel’s Spider-Man series now has sold through more than 33 million copies globally, as of May 15, 2022." - Ryan Schneider (Insomniac Games)

And Spiderman + MM, are still hot items, with every new PS5 sold. Then theres the remaster....
That ontop of likely another 10-15m sales from PC, soon to come.

Spiderman 2 is gonna be rideing on a wave of hype, from all the fans that bought the first game(s).

Those are a truly huge numbers.

If Spiderman 2 hits the mark and exceeds the first game, Sony have an absolute monster franchise on their hands.

I wonder if lightening can strike twice with Insomniac and Wolverine?

What was the last sales update for Miles Morales?

Think last time we heard about it, it was when it had just pasted 6million (that was forever ago, though).
Its likely in the 9-10m range now.

That puts Spiderman, at over 23m by itself.
Not bad for a single player game, thats only on playstation (so far).

Also, you have to imagine that Marvel is over the moon, with these numbers.
If Wolverine gets anywhere close, Sony & Marvel partnership isnt going anywhere soon.
(ei. marvel be like, sure you guys dont want to make x,y,z as well?)

I've never been a huge fan of spiderman myself tbh, but always loved the xmen comic books (when I was a kid).
I hope insomniac putting in work to make a quality x-men game, pays off.

Too many past companies, makeing comic-book to game, games made low effort games, banking on popularity of the heroes to sell it.
When something is done right, it should be rewarded, is my thinking.

It's about time Sony just announced all games will be coming to PS5/PC day one and stop throwing away millions of sales and growth with zero effect to the console userbase.

I think, they imagine it would hurt the console base, if day and date happend (they weigh consoles higher than PC users).
However, I suspect all big budget AAA titles, will get a pc release like 6months-1year down the line.

You just have to be patient, and the games will come, if your a pc user.
Otherwise the other option is getting a console.

"Activision and Marvel prematurely ended their Spider-Man game deal because neither party was satisfied with Activision’s licensed games. Activision then reportedly told Marvel: “Good luck finding your unicorn.” (The thread uses “Spider-Man license” and “Marvel license” almost interchangeably, but it’s unclear if they are actually one in the same, given the complications of licensing.)"

Activision basically saying:
(ei. there is noone out there, willing to put that much effort into makeing a spiderman game, good luck to you, your expectations are unreasonable)

"Ong was on a pursuit to find a publisher that had not embraced the “crappy licensed games” mentality, which is a very direct shot at Activision and its less-than-stellar licensed game review scores. According to Ong, Spider-Man needed “needed new talent, a bigger budget, and fresh eyes” to go beyond what Activision had done with the hero."

"Ong said he needed a publisher with a “deep pool of talent, commitment to quality, and inexhaustibly deep pockets” to realize the potential he knew was there. Sony, Microsoft, and Nintendo were three possible candidates that fit the bill and had an “eye for long-term investments, one with a vested interest that would benefit from building a franchise.” Any talk of Nintendo getting the license seemed to die pretty early because Nintendo “mostly developed games based on its own intellectual properties.” However, Microsoft, a far more realistic partner, said it wanted to focus on its own IP when asked."

"This rejection then led Ong to PlayStation’s Vice President of Third Party Relations and Developer Technology Group Adam Boyes and Director of Portfolio Strategy John Drake in August 2014 who were both more receptive to the idea."

“I said, ‘We have a dream that this is possible, that we could beat [the Batman Arkham series] and have one game at least and maybe multiple games that could drive adoption of your platform,'” said Ong.

Activision only wanted to make low-effort, profit off of superhero hype type games.
Microsoft, didnt want to invest into makeing a series of games, with superheroes at a big budget level. They wanted to focus on own IP's (halo,gears)
Playstation, thought it through, and as the 2nd option, took on the challenge.

Congrats to Insomniac, it's great to see one of my long-time favorite developers have such huge success.

Congrats for Spider-Man and Insominiac, but I don't think SM+MM will sell 15M on PC. From the other 1st party titles we have seem they add like 10% to the total sales perhaps 20% at most, you are expecting almost 50% increase.