Private equity firms could be beginning to circle over Ubisoft, Bloomberg reported Friday. Talks are early, but include interest from firms like Blackstone Inc. and KKR & Co. Even if it’s not private equity, senior current and former Ubisoft developers Kotaku has spoken with in recent months believe the company will eventually sell to someone amid a flagging stock price and ongoing production struggles.

Bloomberg reports that Blackstone and KKR & Co., the two biggest private equity firms in the world, have been “studying the French business,” and have “preliminary takeover interest” in Ubisoft, but that the company hasn’t yet entered into “any serious negotiations with potential acquirers.”

According to Kotaku’s sources, Ubisoft has been working closely with several outside consultancy firms in recent years to audit various parts of its business. While companies will do this to become more profitable and prepare for the future, sources Kotaku spoke with suggest it’s a sign Ubisoft’s trying to tidy up its books for a potential sale.

As Bloomberg reported in February, Ubisoft decided to turn one of Assassin’s Creed Valhalla’s planned DLCs into a standalone stopgap game instead to help patch holes in its release calendar over the next 18 months. In the meantime, the next Far Cry, Ghost Recon, and full-fledged Assassin’s Creed games remain further out than Ubisoft had previously planned, according to three sources familiar with their development.

This wouldn't be a big deal to gamers in the short to medium term. Taking the company private would provide more flexibility in the short term (less focus on quarterly and annual results), but would likely leave it loaded with debt. That, in turn, leads the company back to a position similar to the current state where they need to push content regularly to generate cash flow.

The PE guys won't want to hold onto the business forever. So, they'll take it public again or sell it to someone else within a decade or so.

The private equity will layoff as many people as they can, cut corners, sell any buildings owned and lease them back, paying their dividend owners all the money back from selling any property, sign employees to non compete contracts and force them to work even more hours to pump out as many products as possible to improve the AUM so they can sell it off for a huge return in 2-5 years. 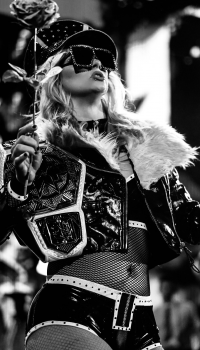 Would be better than Sony or MS I guess. Doubt many can sustain that sheer amount of employees without layoffs. If Amazon is serious about gaming, maybe they can swoop in. Weirdly enough I've been getting into Ubi games pretty much at the worst time, before I wouldn't care, but now I'm at least interested.

AC Valhalla was not nearly as good as Origins and Odyssey.
Watch Dogs Legion is the worst game in the series.
Beyond Good & Evil 2 is vaporware.
Skull and Bones might be vaporware as well. It's at least 4-5 years behind schedule.
Rainbow Six Extraction isn't nearly as successful as Siege.
Ghost Recon is pretty much dead after Breakpoint.
Far Cry 6 is the worst rated in the series and in dire need of some fundamental changes.
Rayman is one of their best IPs but doesn't sell and thus is pretty much dead.
Just Dance is only a shadow of its former self.
Prince of Persia remake got huge fan backlash.
Their F2P Battle Royale Hyper Scape is already dead.

Considering they were investing heavily in the province I leave, going private would most definitely worsen the state of employment in the gaming scape in the short terms here. Ubisoft Montreal and Quebec are really big ....

Yet also really, don't games Ubisoft have been posting since the last gen I guess. Their rinse-and-repeat methodology of constructing their games and milking the same IPs is finally coming to bite them and having one less big dev to screw the gaming scape is something that I'd almost prefer to celebrate