Forums - Gaming Discussion - Do you still own your first video game? Which game was it?

Today I found my very first video game in the attic! I'm totally happy right now to add it to my collection again! 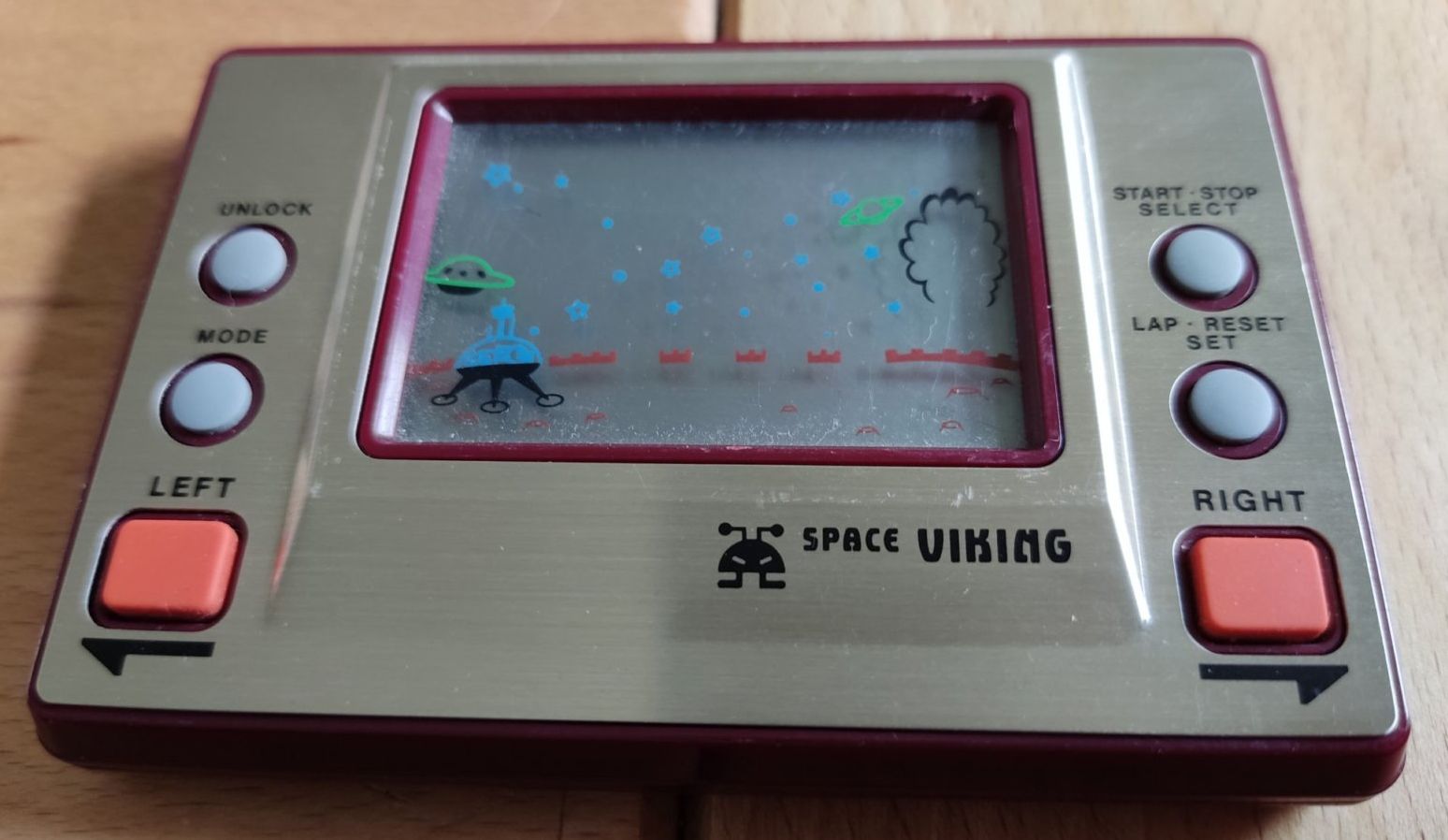 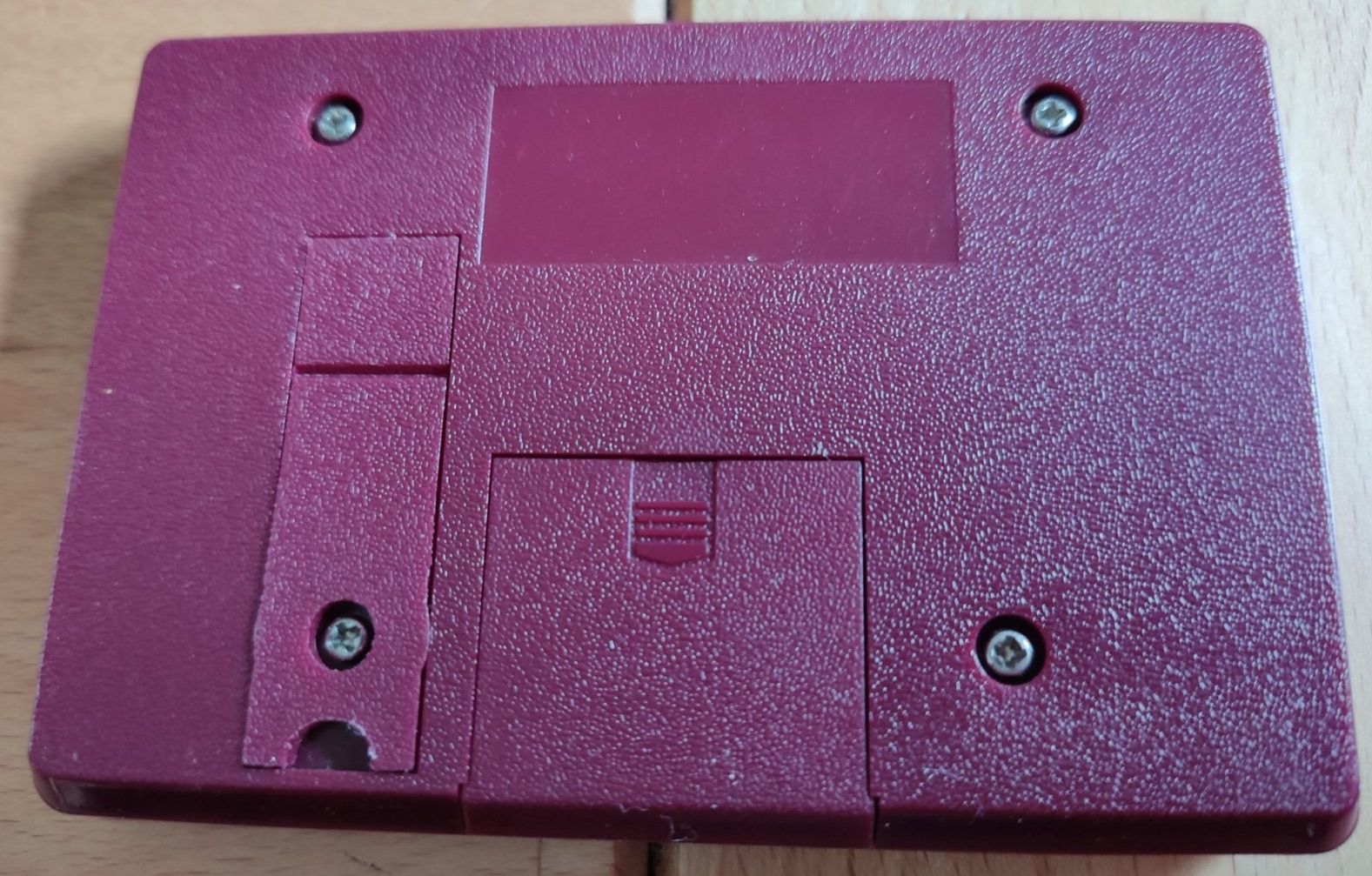 It even seems to still work (with a CR2032 button battery the display lit up, but that battery was too thick to close the battery compartment. I'll have to get a thinner CR2016 battery in the next days and carefully remove the dust from the handheld.

Back then handhelds were a bit handier than today: 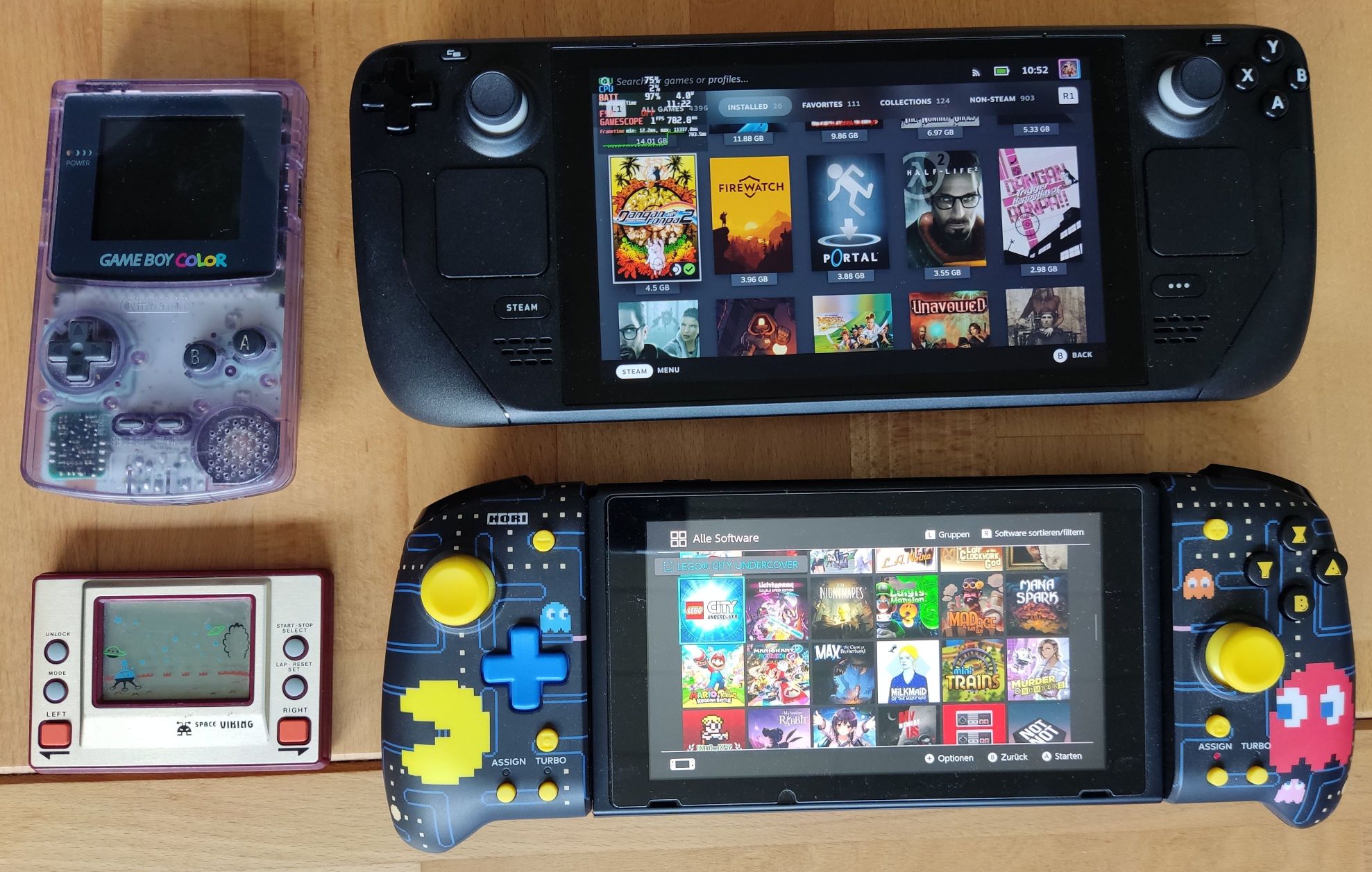 So what was your first video game?

Do you still own that version? If not, did you rebuy another copy of it?

Can't really remember what my first game was. My brothers gave me their C64 when I was very young since they were already playing on their Amigas most of the time.
I guess I owned that one?
Other than that it was either Pokemon Blue Version which I got on my birthday, a Pong console or some old PC game that I once more got from my brothers.

I still have those PC games and the Pong console. Don't know who has the C64 right now but it's still within the family.
I did sell Pokemon Blue a couple of years ago for €15 along all the other Game Boy games that I was able to sell. 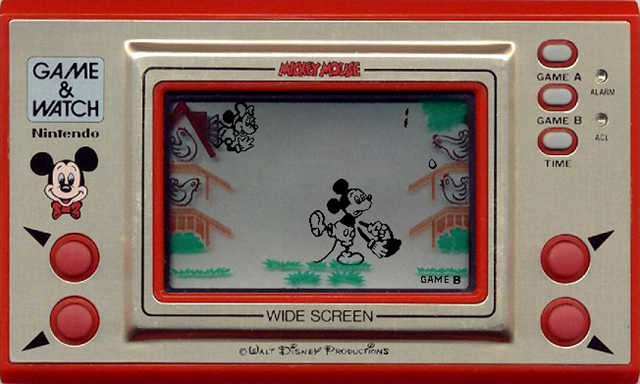 This was my first one, got it from my aunt in early 80s, she was stewardess and brought me one back from Singapore.
I remember being a bit bummed about it, all my friends had way cooler ones (like Donkey Kong JR and Fire), but I guess Mickey Mouse being the most known to non-gaming folks is what got her to pick it up. I get to like it in time quite a bit and given it still works to this very day (it's amazing how long it can run on single battery), even my kids grew up playing with it, and who knows, maybe even their kids will be able to play it eventually.

Still own my first game controller. First game? No. At some point during the SNES era, I got disgusted with my NES and my cousin and I destroyed it. Like took it to the middle of a baseball field and beat the hell out of it.

I kinda regret that.

I didn't really go out of my way to keep stuff until about ten years after I started gaming. Before that, they were just things with no major sentimental value.

Well I have to say no as my parents owned an arcade before I ever got a home console lol. Then moved to Australia and left them all behind.

However if we talking console games, then yes I still got my first NES and Mario and Mike Tyson Punch Out, which cost me $50 bux second hand. We were lucky to get it because the guy who took it to a second hand shop (i guess USA call them pawn shops) they did not want to pay that much for it.

Yeah but do you still own your first battery you used for gaming?

I had video games before I was born or shortly after. No clue which one was first as I had things like Atari, NES, and Sega.

I THINK it was Windows 95's version of Solitaire back when that OS was new. My mother left her work computer unguarded, and I'd figured out the basics of the game from watching her (you put the numbers in order and switch colors). I did NOT get into too much trouble as a result, and soon ended up playing PC games actually meant for young children (Math Blaster, some minigame collection with a treehouse, etc), and my aunt got me a Game Boy with Tetris Attack and Frogger not long afterwards.

I ended up using that laptop as late as high school in the mid-to-late 00's, mostly for word processing.

A 3 in 1 NES cartridge containing Super Mario Bros., Tetris, and Nintendo World Cup, and yes, it was an officially released cartridge. Unfortunately, the cartridge has been lost over the years, so even though I do still have most of my original NES games, I no longer have my very first one. I genuinely can't even say where it disappeared to.

I sure hope i can answer properly, cause it's the hardest to state my first video game.

Between 90s to 2000s, every time i owned home or handheld consoles ranging 1 to 5 years late, they gave me 2-25 pirated games for free, EXCEPT for the N64 and GCN as well the N64/GCN games i had were legitimate. However, many of my pirated games were gone many years ago then rebought the same games legally in modern age started from 2012. I'll answer for you better, is the very first game played.

It might be Sonic Chaos for the SEGA Game Gear in 1993, this handheld was so big and fat console and it required six AA battery, i usually used an AC adapter at homes. But sadly, my old Game Gear died in 2001 due to battery leaks and capacitors as well, no one ever interested in to fix it.