Very impressive for 3 days at the box office. At this pace, it's likely to break even soon.


Check this Animation about a Police Officer     Police Checkpoint

Despite the low quality.

I knew it would suck the moment they cast the wrong actor as Nathan Drake. Tom Holland is a great Spider-Man, he's just not Nathan Drake. A better video game movie role for him might have been Link from The Legend of Zelda, unless they wanted an actor who didn't need to dye his hair blonde.

he is not even a good spiderman

Tom Holland did great as Drake. Its Mark Wahlberg that is abysmal... oh well

Going to see it this week hopefully, a workmate said some bits aren't great (Marky Mark) but overall he had a fun time and that's all it needs to be. 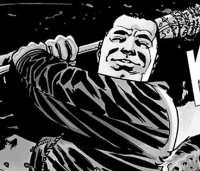 How is he not Nathan Drake? Tom Holland is almost a spitting image: the annoying false bravado heartbreaker with astounding curiosity despite being a know it all. I called it a number of years before he was announced as the actor that Tom Holland could do it and he did it well. As said previously - Mark is the more suggestive selection.

But back to the original point - the movie is not doing well, better than expected; but this is still a box-office bomb by today's standards. It didn't do poorly because of Tom Holland, it did poorly because of the way the movie was promoted. The marketing spent too much time trying to say that it's true to the games. Just look at the official poster - the exact staging of Uncharted: 3 sequences.

Not to mention the film reviews haven't been spectacular by any means. A lot of this is attributed to the writing being poor. This is exactly what people expected it to be: heartbreakers in the Hollywood business doing obstacle courses from the Uncharted games and it could have been a lot more than that.

If you're looking for a great script on top of Uncharted madness; just stick to the games. If you are looking for light-hearted entertainment the movie is worth seeing.