Honestly betting kinda lower than expected based on the opening with covid rates rising, increased competition from the Matrix and other movies, and the fact that most people who wanted to see it made sure to do it first weekend. Still gonna be an insane run, somewhere in the 500m range Im betting

Spidey’s finally back! Hasn’t seen this success since the original trilogy. Can’t wait to see it! 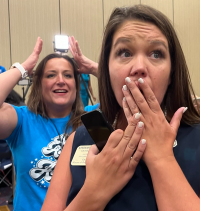 I will say its domestic box office will be above $800 million.

I'll have to look up the numbers for the other movies with big domestic openings, but here is my intuition before I apply the appropriate ratio.

I do not think it will have legs like The Force Awakens and Black Panther.  These movies had a special appeal beyond the core fanbase of hardcore Star Wars and Marvel fans.  Also they seemed especially geared toward repeat viewings.

I think it will have better legs than (proportionally) than Endgame and probably Infinity War too.  I remember Endgame in particular had a mindblowingly incredible opening, even to the point where I saw it on a Monday and the theatre was still jam packed.  (I saw it a few days earlier too.)  However, it's legs were pretty terrible and at least the worldwide total just barely inched above Avatar in spite of it having a much bigger opening.  (I think domestically it had poor legs too.)  The main reason it's legs were so bad is that people really did not want to be spoiled.  They felt they had to see it ASAP, because spoilers would be everywhere as soon as it came out.

Well, I think Spider-Man:No Way Home will (proportionally) have legs somewhere between Endgame and Black Panther or A Force Awakens.  It is another movie where people really do not want to be spoiled.  However, I think it will also be the main movie to watch in December and probably January too.  Outside of the Summer, December seems to be the best time to launch a movie, and usually one or two exceptional movies have really good legs because of the season.  (This could be a Star Wars movie, but it could also be a movie like Jumanji or The Greatest Showman.)  No Way Home kind of has the leg shortening factor of Endgame and the leg lengthening factor of A Force Awakens.  I would have to see what the ratios are of total/opening weekend and then probably split the difference for No Way Home.

It'll easily be the highest grossing Spider-Man movie, that's for sure. Which will put it past the first Raimi movie which is at 403.7 million in 2002. And if you adjusted that for inflation, it becomes 623.72 million.

Can No Way Home reach that mark? It certainly has a shot and I absolutely hope it does because I said before and I'll say it again, this is my new favorite Spider-Man movie. I absolutely loved No Way Home so much!!

At this rate, I think Endgame will be the only movie that finishes ahead of No Way Home at the box office.

It will be increadibly frontloaded, the movie theaters are closing left and right already and it will significantly cut it's legs short. I feel like it should end up around 500-550 max. Could see it reach 600. Honestly i feel like it will reach a billion globally but it also doesn't seem like it will release in China either. So 1-1.1 billion globally and 550-600 millions domestic is my call

I`m very happy with this opening since I do have Spider, Wolverine and Batman as my favorite American Comics heroes. Hope the legs are strong and it keep demolishing records.

Saw the movie yesterday it was great. Third favorite marvel movie after Eternals and Endgame. Glad to see it's doing good numbers.