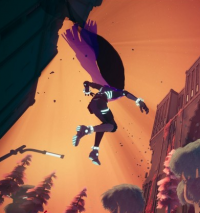 People post political ID quizzes here every once in a while, but one of those I like the most is Pew Research's political typology quiz. Started back in 1987, they update the quiz and criteria and, resultantly, definitions of political factions in the United States on occasion; typically during the first year of a new president's term and maybe also about midway through a two-term president's tenure. Well Pew has just updated their political typology quiz for 2021 and I'm glad they did because the factional descriptions from the 2017 version didn't really make as much sense of the current situation to me anymore. This one makes a lot more sense of the current situation in the U.S., as I can mentally identify most of the contributors to political discussions here with specific factions described therein pretty easily all in all, including myself. It differs from other political quizzes in identifying four distinct factions to both of America's major political parties, not just two apiece.

One of the distinguishing, positive features of the 2021 political typology quiz is that it identifies more than one solid left faction to the Democratic Party, acknowledging a distinction between what it calls the progressive left (basically wealthier, white, woke leftists who are pretty partisan, identify as democratic socialists, and are more likely than others to support reduced funding for police departments, that sort of thing) and what it calls the outsider left (comparably woke, yet less white, somewhat poorer-than-average, specifically Bernie Sanders enthusiasts who aren't big fans of the Democratic Party or its leaders and often are registered as independents). That division makes perfect sense to me and makes sense of a lot of the quibbling between some Bernie Sanders and Elizabeth Warren supporters early on in the 2020 Democratic primaries. On the Republican side, the new "populist" categorization likewise makes far more sense to me than old division between "country-first conservatives" and "market-skeptic Republicans" suggested in the 2017 version of the study in particular. I can now identify specific American politicians with each of the GOP and Democratic factions described, as well as specific contributors to these forums. (For example, I think we could realistically classify @Rab in the new "outsider left" category, @Machiavellian probably in the "establishment liberal" category I suspect, and maybe @sundin13 in the "progressive left" category would be my guess. Just guessing! But those are examples that would make sense to me, among people I discuss political goings-on routinely with here.)

While the quiz is intended for Americans, I thought it might actually be extra fun and interesting to post it here where we have lots of Europeans and other non-Americans to see where they'd fall in our domestic political spectrum if they lived here.

Here's the abbreviated version of the quiz that's available to the general public (16 questions) and here is an extensive description of each group (excluding acknowledgments, it's about 14 pages long, breaking down party compositions and each individual group in detail). I got placed in a group called "Democratic mainstays", which they define as loyal Democratic voters who are older, poorer, lopsidedly female, more ethnically diverse, and more religious (lots of black Protestant Christians in particular) than other Democratic-aligned groups and distinguished ideologically from other Democratic voters by their moderate opinions on a range of social issues like immigration and crime and somewhat more assertive foreign policy positions, dislike of cancel culture, and mixed views of the concept of socialism (evenly divided on whether "socialist" candidates are good ones or not), by their heavily partisan loyalty to the Democratic Party, and by the fact that most of this group identifies as moderate. While not every single aspect of that describes me (least of all the religiosity factor (though I do come from a highly religious family background) and dogged partisanship...I mean I recently considered leaving the Democratic Party, seriously!), that does indeed seem like it's overall the group that I have the most in common with out of the nine identified. I'm left of the standard positions thereof on economic policy (I consider myself a socialist and voted for Sanders in the 2020 primaries...though notably I often felt out of place in the Sanders coalition and didn't always get along well with the other, more hardcore Bernie activist types), but share most of their specific views on cultural and foreign policy matters and I suspect those who've debated me at length here in the past will be able to recognize as much instinctively. You can see my specific answers to the 16 queries and how well each aligns with both public opinions and with others in the "Democratic mainstays" group here if you want the details. I was completely honest in my answers.

SO ANYWAY...especially if you're NOT American (just curious!), where did you fall, and does it seem accurate to you?

Some of the questions were quite difficult to answer as a non-American, as I feel like I lack the knowledge required to be able those questions properly. Anyway, I ended up in the Democratic Mainstays group. I suppose the short description provided by the site matches my views fairly well, but then again, the description is fairly broad so no wonder. Also, I'm not 'generally positive about the Democratic Party', although it is by far the lesser evil of the two in the US in my mind.

I can imagine some of them would be tough to finesse out without living here! Just thought it might be interesting to see where people elsewhere in particular would land in our political spectrum though. And hey, looks like we're fairly similar in our thinking!

(Are sunglasses still cool? Is the word "cool" still cool? I dunno know, prolly not, but I'm almost 40 so that's what you're getting.)

Progressive Left Baby. I am a libertarian socialist so it should at least say that.

I'm a Labour supporter in UK, I liked Corbyn's Labour more than Starmer's but it is what it is, I'm with Zkup on the Dem party but if I lived in America I would always vote for them over Republicans.

Yup. Republicans are basically a proto-fascist group at this time.

And Corbyn is awesome while Starmer is a twat.

Interesting! I had you pegged as more the "outsider left" type actually, which is like how I used to be.

I grew up in a very conservative, religious, restrictive, and frankly abusive family and community environment and, from a fairly young age, wanted to rebel against that to the absolute maximum extent possible. For most of my teen years and adult life, to that end, I considered myself an anarcha-communist (though I did have a brief stint in the orbit of Maoist Third Worldism in part from a perspective of loving the only somewhat organized chaos of the Chinese cultural revolution...yeah my head wasn't on straight). I didn't want to identify with any political party and favored being as fiercely independent as possible. These days de facto expulsion from most left wing spaces has calmed me down and driven me toward what I think is a more sober worldview, but I think I'm still a pretty independent person. (I never have understood cancel culture ever or liked it. Like I said, I grew up in a fairly narcissistic family environment where I got nitpicked and graded absolutely to death and to that end cannot stand experiencing that same type of psychological abuse in politics. I hate political correctness.)

Anyway, I had you pegged as maybe a similar person. Still, progressive left ain't a far distance from that exactly; just more specifically partisan (which is the only thing that surprises me about your result

That surprises me a lot! For whatever reason, I'd thought of you as a standard neoliberal type; liberal or libertarian on social issues, but probably more pro-business on the economy. Had no idea we were of similar economic views! Prolly 'cause I don't see you talking about economic policies very much, which is a tendency my brain associates with the more pro-business liberals.

In UK politics, I like the Scottish National Party.

I used to like Corbyn too, but man he made such a mess of the Brexit issue.

Progressive Left unsurprisingly, but I generally don't love these kind of tests

Yeah I think I can understand the sentiment. Sorry! Just thought it might be interesting to see where people outside the U.S. might hypothetically land in our domestic political spectrum.