Apparently the motivation for a refreshed Xbox Series S is that the Game Pass attach rate is higher for the Series S, and rumour has it that Microsoft wants a slightly higher-spec disc-less Xbox.  Not necessarily a lot more powerful, but maybe a true 1440p@60 or even 1440p@120 system, versus the Series S where developers more commonly target 1440@30 or 1080p@60.

It seems Microsoft is enjoying having two SKUs, as they have both ended the Xbox One generation that way and have begun the Xbox Series generation with two SKUs.  So a Series S refresh is likely inevitable, perhaps to replace the Series S or perhaps to site between the S the X.

What do we think it might be called?  I am betting on it being called either the Series S2 or Series S3.  If so, that would make the "Series" part of the Xbox Series naming convention actually make sense, by turning it into an actual series of consoles.

Calling it the Series S2 makes sense as it'd be the direct successor/upgrade to the Series S.  But they might also call it the Series S3, and retcon the One S into the first "S", the Series S into the second "S", and then this refresh would be the third "S".  Since Microsoft appears to not want to always be a number behind whatever number Sony is up to in PlayStation (currently 5), if they keep incrementing this number not only ever generation but also with every mid-generation refresh, they'd eventually get ahead of Sony.  Which doesn't matter at all IMO, but had traditionally seemed to matter to Microsoft.

I kind of like retroactively considering the One S and One X the first S & X, the Series X|S the second S & X, and these mid-gen refreshes the third and call them the Series S3 (or Series S 3), and the Series X3 (or Series X 3).

As for the technical side of things, I think it could benefit from having both a Velocity SSD and also a small internal regular SSD, or even HDD.  Since the Series S is so popular as a Game Pass system, and since a great many games on Game Pass are back-compat games, have the system automatically put newer games on the Velocity drive, and older games on the regular drive, would be genius.  It'd be a great way to maximize the Velocity drive space of the system, without having to plug in an external USB.  Perhaps 512 GB of Velocity drive, and 512 GB of cheap SSD or HDD.  You could advertise it as a 1 TB system, and the system would seamlessly install games where they'd best go.  Not all users want to plug in an external USB drive, or even understands that they can.  And many of them may not understand that even many X|S-enhanced games can run off of an external USB drive, such as the Master Chief Collection.  Over time more games will require a Velocity drive, but specifically for a device targeted at Game Pass one might assume they'll be trying a lot of the back catalogue games that don't require it.  Going forward you could have the same amount of total storage between S & X systems, but it could be all Velocity drive on the X and 50/50 Velocity and slower storage on the S.

I think that would be a pretty compelling offering.

Surely the wise folks near Pepe Philipe will prevent such a travesty from happening.

They should call it Xbox Series E.

Maybe it will be called the Series SX. Just to confuse people more. 😁 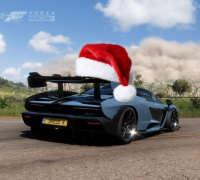 The question would be how does MS fix the fact that they've been marketing XBSS as 1440p this entire time?

I don't see the point in upgrading the existing models. Price cuts asap is more important, but won't happen until after the chip shortage is over. If they're not entirely happy with the line up and feel there's gaps, then fill them with more options.

I'd also assume there's got to be more than a few unusable XBSX chips like the PS5 chips. Some of those unusable PS5 chips are being put in certain third party PC's now so they don't go to waste, so I don't know why MS couldn't also use the poor XBSX chips in an XBSE.