Gamepass has been a topic on this website for a while now. We've seen a lot of debate on its value to consumers, on its profitability, and on how it will impact the gaming industry long-term. We've seen fans plant their flag on a hill, claiming individual ownership of games will exists forever and that subscription services are bad. We've seen people on the opposite end, claiming subscriptions are consumer friendly because it saves them money and enables them to try a lot of games for a far cheaper monthly price than buying games. I'd like us to discuss the ramifications of the rumored 30 million subscriber number.

Again, these are conservative numbers. If you go with a more ambitious average (let's say $12 on average), then the numbers are:

My questions in response to this information are:

1) How many subscribers (at an average of $8 revenue each) does MS need in order to achieve higher profitability going this direction than with the old model of selling modern games?

2) How much revenue a month/year will MS have to make before the other gaming giants adopt a similar model? Or do you suspect they are already working on it now? And no, Sony's version doesn't count as it doesn't include all first party, modern releases. It's more comparable to Nintendo's NSO service, except it includes hundreds more games. Nintendo's doesn't count either, as it only includes a small selection of older games.

3) What other ramifications do you see happening at certain number thresholds?

Genuine question: Has it ever been confirmed that Game Pass subscriber count is "active" and not "cumulative"?

Playstation Plus at 46.3 million at the last update (down from 47.6 million) were "active" subs; hence a loss of subscribers results in a reduction of subscriber count. For all we know, Game Pass's "18 million and rapidly growing" may well be cumulative (counts "unsubscribes").

Based on the revenue data we have for Microsoft and Sony's gaming divisions, I'm not getting the sense that Game Pass is introducing any unique developments. If Game Pass's subscriber numbers get offset by a decrease in game sales, then no amount of subscribers will entice publishers to put their games on services day and date voluntarily. MS has to continue to pay them, and that may not be sustainable.

Game Pass's biggest obstacle is "time" itself. Time is a greater constraint than budget. If countless people subscribe to Game Pass, it SHOULD have an negative impact on software sales, because Game Pass is taking a lot of players' time, and time is finite. If I were as active as I was during the 6th generation (played several hundred games across 5 or 6 platforms), Game Pass would be godsent to me as a consumer, as I wouldn't have to pay a dime for 99% games I play. This saves me thousands of dollars, but it also means that the thousands I saved didn't fund the games. This is where MS has to pay in my stead.

Until MS are more clear about their gaming profits, give us detailed revenue breakdowns, and explain what they actually mean by "subscribers", no one really knows the answer to these questions.

A lot of people subscribe for a month here and there and then cancel again. There were also many more converting to GP for $1. $8 a month per subscriber still seems on the high side.

1) Profitability will never be higher with this model, at least not for the game developers. MS gets a cut (well in the future, not taking one yet) of the revenues so for MS it will be profitable.

2) Why do all the others not count? Just because they don't have day 1 games? (some do though)

3) Price will go up to make it profitable. The current low price makes it less attractive for competitors to join in, yet when the price goes up to get out of the customer acquisition phase to profitability, others will see a chance to join in.

Microsoft has thrown an insane amount of money at this. Billions on billions on billions to buy studios.
Who knows how much it cost them to do the "$1 to convert what you have to three years"
Or how much game pass is costing them.
Do we even have proof it is even stable yet?

And they are still in third place.

PS5/Switch are absolutely dominating now. So before they copy Microsoft they will have to wait and see if it actually does anything.

It's active users. The previous numbers they official revealed were active at 18 million. Just like all other sub service numbers are reported.

Gamepass craters software sales. Its unclear if it is even profitable. To be profitable it essentially turns every game in F2P (+ sub cost), where the microtransaction spend by total users has to be greater than the sales revenue they would get by spending $60 to buy the game.

For SP games, that have very little to no MTX, they are subsidised by the MTX revenue of multiplayer games.

I think total PSN revenue is nearing $10B, so pubs from PS alone are getting $30B+ in revenue a year. Good luck trying to achieve that with Gamepass.

Only way I see Sony or Nintendo releasing a Game Pass like service with first-party games on it day one is if they decide to release their games on PC day one, as well as having a cloud service available on smartphones, smart TVs, etc. I don't see that happening anytime soon.

Plus side to Microsoft's strategy is you can play their games on PC day one or your smartphone as long as your internet is fast enough. I expect Xbox Cloud Gaming to come to smart TVs in the near future where all you need is an Xbox controller and fast enough internet to play games on your TV.

Why should you care? Why should anyone on this site care about how much money each of these companies make? I'm too busy playing more games than I can ever play for $15/month :)

Seriously though, Microsoft is a $2 TRILLION company, whereas Sony is worth $140 billion and Nintendo is worth around $64 billion. Microsoft will always make more money than the competition. The gaming division of Sony takes up a HUGE part of their revenue, whereas it's all of Nintendo's revenue. They are both completely dependent on the business model gaming has been for decades now. If either of these companies gaming divisions start to falter, alarms will be going off.

Microsoft is playing the long game on this because they can afford to. It'll be years and years before Game Pass starts making them a good amount of money. Microsoft is a service-based company, and they're incorporating the Xbox ecosystem into the business model that made them the powerhouse they are today.

Netflix didn't start making an insane amount of money and subscribers until they started investing into their own original content, and that's what Microsoft is doing. As long as Microsoft sees subscriber numbers and revenue continue to increase year over year, which it has been, they couldn't care less about losses. All they care about is getting Game Pass into as many people eyes and hands as possible. And that's working. What other gaming company can you play on Console, PC, mobile, web browser, and soon Smart TV? And all you need to transfer save data is by logging into your account. How much more consumer friendly can you get?

Look at Epic Games. They've invested $500 million so far into the Epic Games Store on PC, and they're estimating it won't become profitable until 2027!!!!!

So why doesn't everyone just go back to enjoying all of our favorite hobby, GAMING! We'll let the companies fight over our business.

Around 10 Years ago we saw a similar thing when Sony announced PS plus for 50$ a year and get on average 2 games free a month!! (around 20 a year).

Why did sony do it?  With 50$ or 2.5$ a game they must lose so much money especially when I got a year subscription for 30$ a year and they also will have ps plus sales that makes games cheaper.....Are they that deperate? Why would I buy any games on PS3?  I don't have that much time and I am already lucky if I can finish the Just cause 2 free ps plus game in a month.


I mean we have now the Epic game store that gives free games to everyone and don't ask any subscription money.. how much are they losing?

We have Amazon prime that is releative cheap considering the perks (10$ cuts on pre orders) and honestly a nice selection of free games each month: 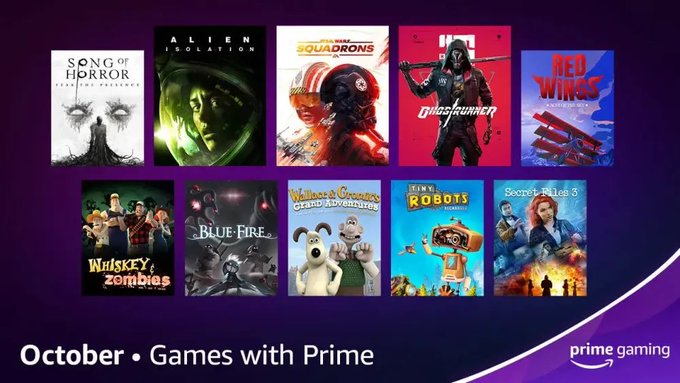 Even if you go with a super conservative rate of $5 a month per customer, at 30 million customers that is almost 2 billion a year. The amount of software MS would have to sell to recoup that is astounding. Nearly 50,000,000 units of software even if you give them a favorable edge of $40 per title. The less you give them per title the more they'd need to sell.

So it's blatantly clear that they can make tons of money off of this even after paying developers for rights to the games. Just like studios do in television, music, and movies. But unlike something like Netflix or Amazon Prime, all of this software is available outside the service, so MS makes money there, too.

I don't think we can answer question #1 because we simply don't know what they pay publishers and developers for their games. We've had numerous developers say GamePass works for them and confirmation of various types of payment from MS (time based, download based, lump sum, etc). #2, obviously everyone is already working on something like this. Anyone who thinks otherwise are probably the same people who said Sony would never charge for online.