It nearly didn't, but the Copa America will be kicking off on Sunday, who do you think is going to win?

I'm not interested in football in my own country/continent, let alone another lol :P

This tournament is a piece of crap I dont get why it still exists, such a joke.
I dont want Brazil to win as I hate Neymar, also dont want Messi winning his only nation title in Brazil's grounds so I go for Uruguay.
I will be Maracanazzo part 2, Neymar loses a penalty kick in the final game vs Uruguay and then gets a red card after punching Suarez, then at the last minute Cavani scores the winning goal.

Dunno who'll win, but we've already lost.
This shit should not be happening here right now.

I'm pretty sure Brazil will win it. They have player quality above every other team (1rst in qualifiers with perfect points) and they also are playing home if they needed any other factors helping.

Maybe Argentina could take it but I don't think so. I also think many teams are not even really sure they want to go and win it.

I'm from chile and it seems we were going to take a team with a lot of young players, but now I see they called Vidal, Alexis, Bravo, etc... too, which I think is a mistake. We'll need them to get more points in the qualifiers and with them at 30 and above I fear they won't have the regeneration to just play it all like they did in the past.

Oh and I also think this tournament was a mistake, the whole covid thing and the idea to put it while the Euro is happening, I just don't like it.

I could understand the centenario copa, one every 100 years with CONCACAF in it too, but I fear one of the most important tournaments has lost a lot of it's prestige because of CONMEBOL decissions.

The tournament's lost a lot of credibility in the last few years because of weird decisions like inviting Japan into it or hosting the event two years in a row in 2015 and 2016 (and also 2016 being hosted in the USA).

But nothing made it lose more respect than what went down this year. Cancel the tournament in Argentina because of covid concerns... then decide to host it in Brazil? Do they realize how much that sounds like a joke? Brazil's been notorious for being the worst country in the world at dealing with the pandemic and things are not getting better here at a time when mostly elsewhere they are. It's an absolutely ridiculous decision.

Anyways. Copa America needs a complete overhaul. Bring CONCACAF into it, since they're America too, and make it a big tournament with qualifiers like the Euro is. Just like, don't host it alongside the Euro of course. It's never gonna happen but a man can dream.

Also, I'm not that sure it's really gonna happen this year. Been hearing talk of players trying to boycott the competition, mostly from Uruguay it seems. We'll see.

If it happens, Brazil wins. They have the best team, and also the most spineless (meaning they won't care about the circumstances revolving around the event). 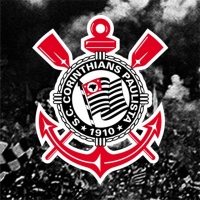 To be honest, it's a joke that the tournament is being held with the situation we have here now, but the federal government needs a distraction to squelch all the crimes committed in the fight against the pandemic that are coming to light in the Parliamentary Inquiry Committee that is taking place.

Since the games are really going to happen, I believe Brazil has the best team, but the absence of an audience can make things more balanced.

It's a tournament that we in Brazil historically don't give much importance to. I wouldn't particularly be upset if Argentina won, Messi deserves to lift a trophy with the national team.