Virtua Fighter is back. Sega will release a new version of the pioneering 3D fighting game series, called Virtua Fighter 5: Ultimate Showdown, on June 1 for PlayStation 4. The game will be a digital exclusive release on PS4.

According to a story from IGN, the new edition of Virtua Fighter 5 is being developed by an “all-star team” from Sega AM2 (the original arcade developer) and Ryu Ga Gotoku Studio (the team behind the Yakuza series). The PS4 version will feature updated visuals, new background music for each stage, and new online features, including a spectator mode, lobbies for up to 16 players, and tournament options.

Virtua Fighter 5: Ultimate Showdown was previously leaked, thanks to a ratings board listing in Korea, and first teased by Sega back in September.

I play this online not competitively but heres an online match . BTW this my first match online on Xbox One 2020, before PS4 releasing 2021.

Gaming sure has improved since the 360 days.  That game looks quite primitive by today's standards.

It good news to hear VF5. Played the game during PS2 era and loved it.

That was backwards compatible Virtua Fighter 5 Final Showdown. This one is the new one.

I main Kage maru, Akira, Vanessa , and Eileen. Kage maru hardest in timing , Akira is hard execution inputs, Vanessa I torture myself too, Eileen easy to use but her offence really strong.

Vanessa a alpha female she a bosswoman

One of them is a monster facing 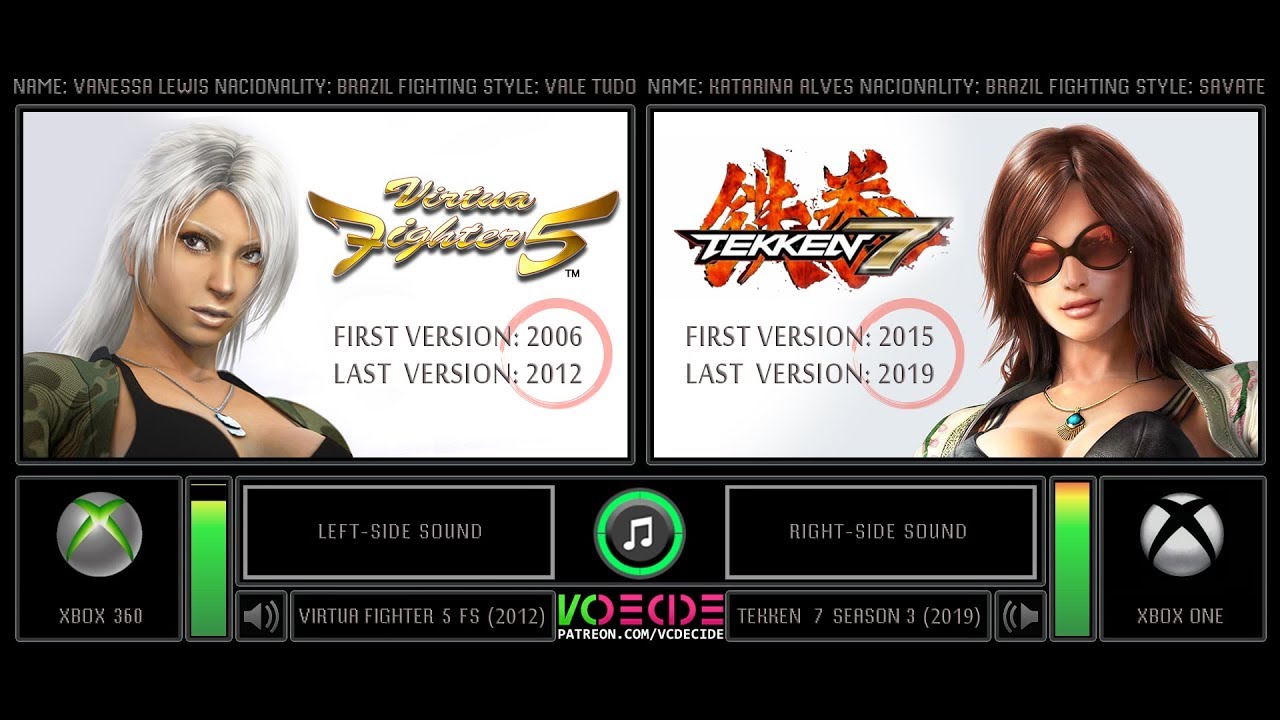 I sure want a SWITCH release for virtua fighter. I'd buy whichever comes, all 1 thru 5as long as they'd upscale the resolutions to 720p and use the ARCADE graphics (3D backgrounds, high polygon counts and 60fps etc.).