Forums - NSFW Discussion - How would you respond to this creepy-ass PM?

Over on another message board I go to, I authored a thread about the issue of sexual violence (pretend you're shocked) and soon thereafter got a private message there from a dude thanking me for addressing the subject. (I go by a different screen name there and it's not a gaming-focused place, so there's basically no chance of this individual seeing this post.) Then he disclosed that his late wife had been raped before and described a bit of how that affected her behavior afterward. I was happy that my topic had made a difference to someone and responded by offering my condolences and disclosing that I'm a rape survivor myself and can relate to the sort of response that he described his wife having. Then things got weird.

Here's what his first PM (the one I just described) said. I offer this to establish what the initial tone had been.

Read your new topic. Thank you for saying that .

My late wife was abused and it affected her big time.
She said it made her feel like a slut so occasionally shed act like one .
I understand because I went to counseling with her

She was raped hard for two days by two guys. They drugged her and wore her body out and threw up from them being in her mouth.

She was in a very tiny bikini and she feels she teased them.
She always dressed skimpy but my friends had seen her body plenty of times. She didn't know these guys would rape her.

After the rape she did things u don't wanna hear .

So anyway, this is where I offered condolences and disclosed that I was a rape survivor myself and understood why someone might respond as his wife had. Then I got this truly bizarre follow-up PM, which is what's in question here:

My wife felt like a dirty screwed out cum dump. The two guys would shoot her up with amphetamines and she'd pull her legs back and she'd have orgasms after orgasms . They were paranoid about her yelling rape so they filmed three hours of screw her body and being very naughty . They even taped her throwing up from them screwing her mouth.
They sent the tape to nearly everyone on her contact list . About 60 our friends , my coworkers and even my dad saw it. Anyone that watched that tape would not call it rape.
As soon as her bottom healed up she was full sex. They sent about 50 copies to their friends too. We loved in a suburb with about 5000 males . She screwed 2 or 3 times a day at least . Ithere was like esvery guy on town had seen her body or screwed her. Everytime we went somewhere we'd see someone she did it with. She said when you do a new partner just twice a week that's 100 x 15 years. She said she probably let 1500 of them do her ove 20,000 times. I didn't let it bother me. She was pretty and sexy and about half the town did her. If we were having a party she might sit in everyone of our friends laps and fuk them. She didn't chare if it was twenty of them
She would have them blindfold her and say if you have a friend looking for some good sex have him her fuk me. One night 31 friends and their friends spent the weekend in her body. She wanted to be humiliated. Do not repeat this. After we left Memphis she spent the next 7 years letting the same 4-5 neighbors screw her nearly everyday. She said over the time we were together she was into numbers that she had been done about 30,000 times and she made them do her mouth butt and crotch.

The rape changed her. Before the rape I think she let 2 or 3 of our friends do her. After that she just went nuts
She said she felt guilty because she started liking the rape. Sje ALS said she basically let them see her body and admitted she didn't mind them doing her. She just didn't know they would hammer her body for two days and everyone we knew see her being screwed.
My dad said he flipped when it came to his phone. He prolly loved it lol.

I don't want to talk bad of her because getting the hell screwed out of you doesn't make you a bad person. The part that bothered me was Everytime I had sex with her she was full and wet from being screwed. She came from money. She should've charged them lol.

I want to continue this convo.
We can help each other
Hugs

I...don't know how to respond to that. In all my years of being on the internet, I still don't really know how to respond to this kind of bullshit. I mean it sure doesn't seem like he actually needs any consoling. I'm pretty damn certain he just made that whole story up in the hopes that I'd respond by disclosing the graphic, lurid details of a rape I've experienced for him to masturbate to or confess to how maybe like I secretly loved my experiences too or something along those lines. He's striking me as a weirdo like that right now.

The thing is that, in my experience, aggressive people like this can be dangerous. They're capable of stalking and stuff. I usually try to just ignore messages like this in the hopes that that will get the message across that I don't want to play this game without my having to be confrontational, but it's been my experience that that doesn't always work. And responding harshly never has good consequences. So what do I do? Report it and it get out that I'm the snitch who can't handle myself around the forums? Or what? 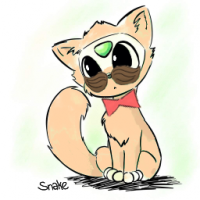 Bullshit or not, I'd tell him she should get therapy, and then ignore him after that. If it gets worse, report him.

Yeah, quite the story. I agree that it’s highly unlikely to be true to say the least. I say ignore it from now on, or if you feel like it respond only with some generic oneliner and ignore it after that, though there will be another reply if you do that. He’s probably just looking for a quick thrill/laugh and this’ll be it, but if he keeps replying anyway, so without you responding further, then yeah I’d say report it.

As a sidenote, I’ll never understand why some guys feel the need to be this annoying, or worse.

The 1st PM seems incredibly creepy too. Like, you just wouldn't go into details about bad things that happened to somebody you supposedly loved with a stranger at all. Seemed like he was just looking for a reaction from the start.

What options are available on the other site? Can you just block all communication/contact with somebody? If so then that's what I'd do.

Not even gonna read the second PM tbh, because the first one was already lurid and horrific enough; I expect the second one just escalates things.

It sounds like a guy getting off on fantasising about rape and getting a kick out of sending messages about it to others, which, especially if he knows the person he's messaging has suffered sexual abuse, is beyond fucked up. Like you said, he's probably also hoping you share details of your own abuse so he can fantasise about that too.

Ignore him - don't engage at all any more. Block him from contacting you (if that's possible on the site) and then report him. No one goes into that much detail when talking about a loved one who has experienced such horrific events, especially not in the very first conversation. Nothing good can come from further contact with him.

The first message is already very weird. It sounds more like someones sexual fantasy rather than an actual event. Your assumption that this person wants to involve you in his rape fantasies is most likely correct. I suggest to simply ignore him.

How could you!? I sent you that message in confidence.

Seriously, though. Report it or block him or both.

Report it to the moderators, he is probably doing this to other people as well. Don't engage any further, file it for when there is a follow up.

Goodluck to you, very brave to open up and address old wounds like this.