Forums - Gaming Discussion - Rumor: Microsoft and Nintendo Working On Something

Reliable insider Jeff Grubb is saying everything on Phil Spencer's shelf alludes to something, like for example there is a Hideo Kojima related figurine there, and now we are getting reports that Microsoft might be publishing the next Kojima title. Well there's a Nintendo Switch on his shelf there too and according to Grubb it's not there randomly. 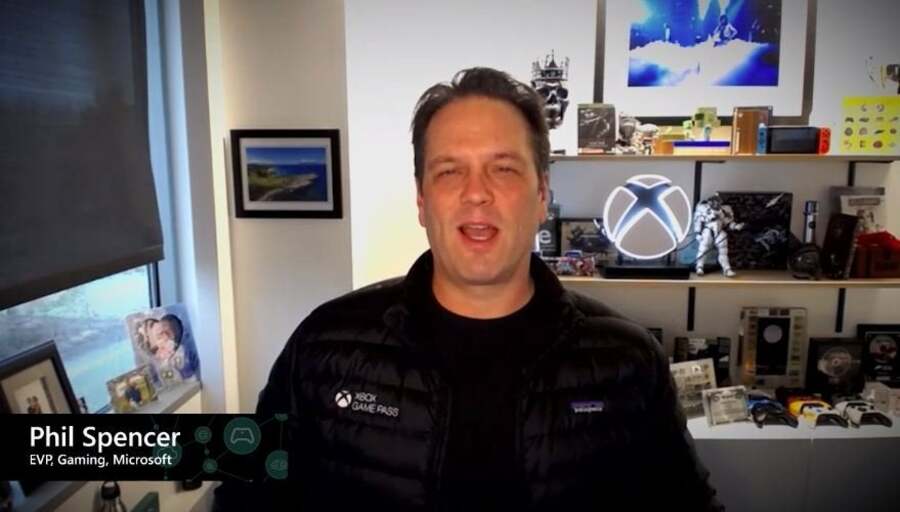 Danjaq the company that owns the James Bond franchise recently renewed the software entertainment rights for the GoldenEye license too:

It will be Banjo or something. MS owns Rare who made some of the most amazing N64 games. There is no gesture bigger than MS saying we own rate and some legacy IPs, but will bring them to you. If it's a PR move it will come at no cost as the PR will pay in dividends.

For real tho I would be happy with Rare Replay on a cart for Switch.

I can see MS porting that Rare collection to the Switch. Either that or a remaster of the Banjo & Conker games, they would sell quite well on both XBoxX and the Switch.

Porting old games seems like a waste IMO, but imagine if MS let Nintendo make a modern Banjo game for both xbox and switch? lol I can kinda see that happening, especially since they need more family friendly content on gamepass. Conker as much as I like the IP will never stand a chance in today's PC world (and Banjo has more name recognition)

Could just be there because MS already has games on the Switch.

Yep, since they don't know what to do with them Nintendo will give Metroid to MSoft in exchange for Banjo... Yeah, right.

It's more likely that GamePass is coming to Switch.

Game Pass on Switch via xCloud maybe? Nintendo would be very unlikely to allow the full Game Pass experience on Switch though, it'd have to be something like an Xbox Game Studios only tier so ultimately stuff that Nintendo likely won't be getting anyway and nothing that could cut into their own store revenue.

Or maybe it's just Master Chief in Smash, Lol.

To those of you speculating the Nintendo + Xbox news is related to Goldeneye, it's not. As I've said before, the Goldeneye port was being held back by Danjaq. No one else. That's why this Danjaq renewal is so ridiculously fucking exciting.

The cat seems to be out of the bag on Nintendo and Xbox. You'll hear more in the fall

There is also a shelf in the picture which comes from Alibaba, so also keep your eyes peeled for an Alibaba + Xbox partnership sometime soon.