It turns out that PlayStation Productions - the newly created studio creating film and screen adaptations of your favorite Sony games - is already at work on a Twisted Metal TV show. The reveal came as Sony Pictures Entertainment chairman and CEO Tony Vinciquerra spoke to investors at a special event.

"We'll be working more closely with our colleagues at PlayStation through a new production team they have established on the studio lot to move forward on filming television projects based on gaming IP," he said during his presentation.

"We have a TV show we just agreed to get underway that will be developed from IP on PlayStation, it's called Twisted Metal. It's a game that was put out many years ago and we're going to develop a TV series out of that."

He also mentioned the Uncharted adaptation - which will reportedly star Tom Holland - and described it as in "advanced development for a film."

Twisted Metal was first released in 1995 and had players fighting to the death using various weaponised vehicles. David Jaffe - who would later go on to make the original God of War - was one of the designers, and has already offered to help out on the show. 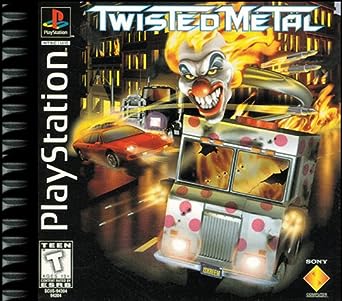 Most certainly this means a new game for the series is on the way - possibly a reboot. This was one of my favorite series growing up and I'm really looking forward to this.

Twisted Metal II World Tour is one of my top 3 games of all time all support.

I have only uploaded 1 performance on youtube, Moscow stage played in HARD without losing.

Hopefully it turns out better than powers. If they do a short series about one tournament of Twisted Metal where a different dude gets eliminated on each stage while another story goes on in between matches that could be fun

I don't think this is necessarily the case. It makes little sense to pump out a new Twisted Metal when Destruction All-Stars exists.

Yes, both concepts are different in many ways but there's no way Sony is going to cannibalise one vehicular combat game with another, especially when MP titles are very hit-and-miss for them.

Unless this new TW is somehow a more single player experience, I just don't see it happening - but it would be great for there to be a new TM.

I think it's more likely that they will do tie-ins with other games. Maybe Sweet Tooth gets added to Sackboy or Destruction All-Stars (this to me makes too much sense)

If it is a horror like Black, then it could be okay.

But otherwise I don't see how this tv show could be successful.

I'm not sure why it wouldn't be any different to anything else on TV.

The story seems to revolve around 2 individuals who need to deliver a package in order to (my guess here: get a wish from Calypso).

Like, I'm not saying this is going to be good, but it's not some hard sell.