Forums - Politics Discussion - Gina Carano - Disney fired her, what does that solve?

1. People are hated for their political ideology.

3. Verification against voter fraud is a good thing.

4. No one has to put pronouns in their bio.

This what the actress portraying Cara Dune has been expressing on social media and it let to her being fired from Disney.

Personally, I don’t care which corrupt Federalist Party is in the White House. Why can’t people believe what the want to believe and say what they want to say?

Don't feel like arguing about the details of her posts atm, but I find it telling that her first project after this kerfuffle is with The Daily Fucking Wire.

1. There's a difference between spreadng dangerous misinformation, and political ideology.

3. Suggesting that there was wide spread fraud when 0 evidence was presented in court, and when Trump's lawyers never even alledged fraud in court (because it's illegal to lie in court) is what lead to this: 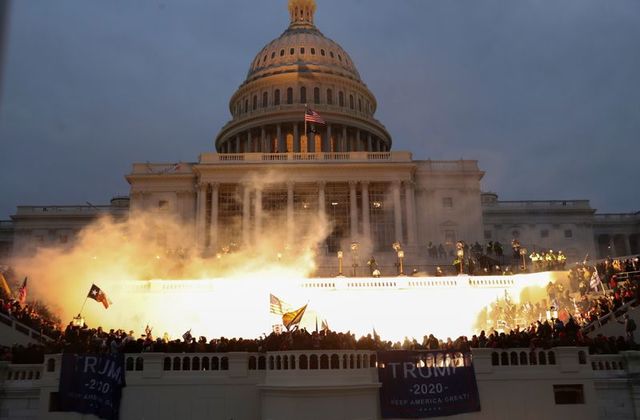 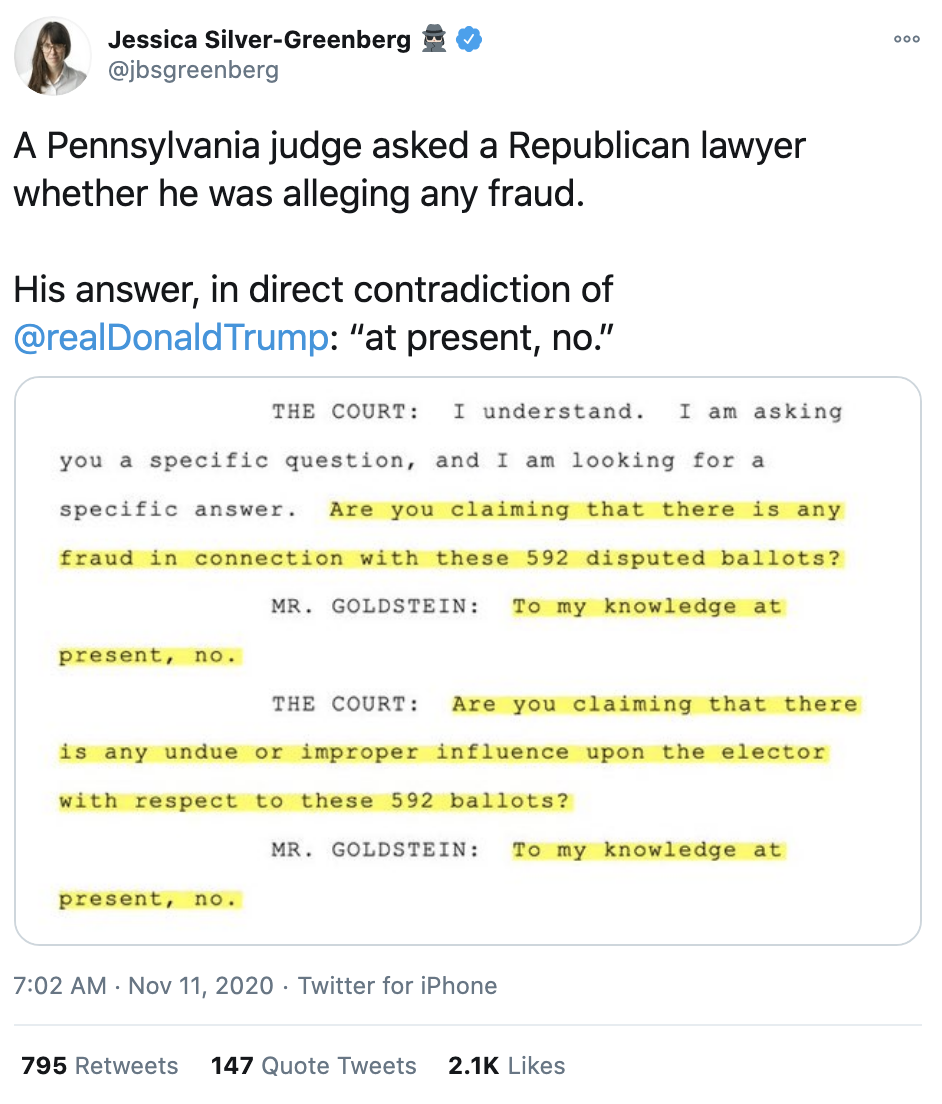 And jews were put in concentration camps and massacred. So that's a stupid comparison to make.

First of all, you can. That doesn't mean that I have to accomodate you in my busuiness, or give you a microphone on my platform.

Looooool. I just read what she said and holy shit if that isn't the biggest irony coming from a Trump supporter.

"Jews were beaten in the streets, not by Nazi soldiers but by their neighbors... even by children... Because history is edited, most people today don't realize that to get to the point where Nazi soldiers could easily round up thousands of Jews, the government first made their own neighbors hate them simply for being Jews. How is that any different from hating someone for their political views?"

She talks about people being brainwashed by political leaders. Prime r/selfawarewolves material.

Because absolute freedom is a myth and actions have consequences. I mean the whole problem is that things never stop at just "believing". People with extremist views aren't berated for their beliefs, they are berated for what actions arise from that belief. For example dead cops in the Capitol or 500000 preventable deaths from a virus.

Your idealist libertarian views will not hold up in reality, believe me, I was once that stupid. The sooner you lose those views the better for yourself and everyone else.

Yeah, but this is how it begins. People are othered, canceled, fired and deplatformed for their political views. They can be effectively unpersoned with impunity. One side of the political game becomes dominant, silencing any dissent over the most trivial things. This was the point of Gina's last post, and her enemies proved they are doing the very thing she was warning against. Because that's what this is, just a witch hunt to take down anyone who thinks differently. Gina's last post was willfully misunderstood so as to finally have the excuse to silence her, everyone knows what her point really was. There's an iron triangle of democrats, mainstream media and the tech companies who run social media platforms and between all of those, it's becoming very difficult to voice anything that does not parrot their talking points perfectly. There's no middle ground, no debate, it's just two tribes. These leftist people are also taking over education, warping science to fit their agenda, rewriting history and advocating for book burnings. It's very ironic that the people who call their opponents nazis the most, are actually manifesting very nazi-like behavior themselves.

This might seem hyperbolic to you, but read up on what happened in Germany during the nazi rising, even ordinary people started to act just like this against the jews, only difference is they didn't have social media back then.

Be worried. Be very worried.

I don't see the problem.

She made some comments, no one is locking her up for that = free speech.

People are criticizing her for that = free speech.

Disney doesn't like angry fans and Carano's views are incompatible with Disney's so they fired her after repeatingly making comments like that. (likely a breach of contract)

Freedom of speech doesn't mean freedom of consequence. You are totally free to got to your boss and tell him that he has a stupid face and smells like cheese, but because you CAN do that doesn't mean he won't fire you.

If you go spreading dangerous misinformation, making poorly taste holocaust comparisons and go making controversies pretty much daily on the internet, is it surprising that the huge and strict family corporation you work with that cares more about public image than their own lives would fire you?

In your analogy, do jews represent Trump supporters? And the democrats are the new nazis?

Why is it that in your OP, you mentioned everything except Disney's stated reason for severing ties with her?

Jews were targetted because of how they were born. You can't chose to not be a certain race. But you can chose your views on race and culture, etc.
That's why her comparison is not a proper analogy.

Like when conservatives compare mask mandates to jewis being forced to wear armbands.
As if they cant process that the former was implemented in order to harm people, and the latter to keep people healthy.
At least I don't recall Nazis being concerned about the health of the Jewish people. Maybe I missed that chapter in the history books.

What we should be worried about is if private companies are not allowed to sever ties with people they don't want to associate with.

Is that the solution you're looking for? That companies should be forced to have anyone, no matter how bad they are, associated with their brand?
If not, what? Complain about the companies in the same manner people complained about the employee/member?

But it's only cancel culture when the other side does it?

Bottom line is, people are allowed to complain about whatever they want.
And private companies are free to chose who they want to associate with/represent them, etc.
And this is Disney, who said no to hundreds of millions from McDonalds simply because they didn't want to be assiciated with childhood obesity.
So you can be sure they didn't like that holocaust analogy.

People dislike comments like that because they chose to think this way.
You don't chose to be a certain race, etc.