This isn't a meme-y thread were I complain the difficulty, dying a lot is okay and I frankly think it's not too bad in that regard, it's just me wanting to make a rant and being unable to come to terms with the game, I just can't finish to like the way it is, and it all boils down to, mainly, how clunky the character controls, or, well, that's how I feel it. There is another thing which I should explain later. It also shall be said that this time I went as far as the Crystal Caves, significantly farther than my two previous attempts, and I'm not sure if it was near the end but it sure felt like it, it was starting to get crazy.

So... The character. There isn't much to this annoyance, after creating a character for the third time, I was once again welcomed with a guy who walks awkwardly and feels like it weighs like one ton. I've discussed this with a friend and he tells me I'm crazy, and perhaps I am, but the game went on and I always told to myself: this isn't how this man should move like, and the sprint also just feels off. On top of that, the game is a collection of very narrow hallways (especially in the starting areas), and for me that just makes it way worse. I don't know, maybe other single-character games have spoiled me. I always wish the protagonist in Dark Souls felt as snappy as Link in Breath of the Wild, but I know it just can't, if the devs did that, the nice and elegant combat in this game falls apart.

Second, is that the game is just weird as hell. It has a very simple premise to hold onto, but once you get out of the Undead Asylum, it's all full of strange shit, with characters speaking in a very sinister way and a general sense of misuderstanding. Why am I doing this? Why am I going this way? Only hell knows, you're just there for the sake of the challenge, I think, it's not something uncommon in many games, but here the sentiment never fades away. Even the game tips across the world are cyptic to no end. It's heavy, and I can't get it out of my head. To make up for it, I read a lot of Dark Souls lore after my second try, but it doesn't feel satisfying to know it, it's hard to explain, it always feels like a lot is missing, and that's kinda the point. It's obvious that a lot of the stuff in Dark Souls is meant to be up for interpretation, but it goes without saying I'm not too much of a fan of that approach, at least not in this case.

Heavy is also the overall atmosphere of the game, and it's curious, because I like to write about locations and characters torn apart by the ravages of time and pending doomsdays, but Dark Souls might explain why is so hard to get back to them.

It's a shame, because I think this game is nothing sure but spectacular, there's a lot to it and it's plain obvious the devs made everything with care and passion, it feels like a quintessential video game in every sense of the word. I adore its use of the dark fantasy, I don't think a lot of games can say they come close to it. Other From Software games look just as awesome, they spark something in me just by seeing them, it's like I'm kinda pushed to say: "these games are definitely good, real good", without having even played any of them.

I'm sorry, Dark Souls, I failed you. End of the rant, thanks for your attention if you read.

Purists say the clunkyness is what makes it great, idiots if you ask me

I tried it twice and could not understand at all what was supposedly so great about it. Granted, in both attempts I stopped pretty early into the game, but that's because I was hating every second of it.

For one, the story sucks. I don't mind games that want to tell their story in cryptic ways, but if you're gonna do it like that, don't treat me to a confusing lore dump at the opening cutscene, I'd rather just play the game and learn things at my own pace. For another, the graphics also suck. I don't need games to have highly advanced technology but Dark Souls is just so ugly, I was actually impressed it managed to look so lifeless because I didn't know it was possible. Everything was so gray and low-contrast, nothing stood out, nothing was interesting. Even the UI was hideous and opening the menu just made matters worse, what with its overwhelming collection of arbitrary RPG numbers scattered everywhere.

Then the gameplay... oof. It's one thing to make your game hard, it's another thing entirely to have a lot of trial-and-error bullshit where you get instakilled for not knowing better, and then that death makes you lose like 30 minutes of progress. Then you wanna get back to where you were quicker, end up dying again, and there go all your levels and now you're basically fucked and have to grind for an eternity. I like that the game actually punishes you for dying, but the way it goes about it is entirely wrong. People say "oh you only got instakilled because you didn't pay attention to this random detail!", well, yeah, I'm bound to not pay as much attention to details when your game is ugly as fuck and also has a confusing story that doesn't make me interested in the slightest. But more importantly, the issue is that I wasn't given a checkpoint close to this. If I had that checkpoint, got instakilled, and could quickly try again, that's a good way of teaching me that this game will throw random instakills at me if I'm not careful, and then I'd be inclined to be more careful from that point on. But by making me lose 30 minutes of progress, I'd rather just go play something else instead.

It was a wholly negative experience, really. That was several years ago, to be fair, maybe if I gave it another chance it'd finally click, but I think I'd rather play games I actually have fun with, there's several of those.

As for Dark Souls, I haven't even tried it myself. It just doesn't seem at all appealing to me. So yeah, I don't blame you for giving up on it.

You should play Nioh and Nioh 2. Much better games than Dark Souls. While the stories aren't masterpieces by any means, there is definitely a coherent plot. Movement feels good too, and everything just feels much more stylish compared with the combat in Dark Souls.

Dark Souls 3 is good too, probably my favorite in the original Souls series. But you might not like the lack of plot again.

Darksouls is a game I would like to get into but I feel overwhelmed by it. I don't really understand the combat, strategies, or even if I'm going to right way, etc. If I play it, I will likely be watching a playthrough.

I actually did the for BotW and it made the game much more enjoyable. I felt completely lost and the playthrough gave me guidance as well as good tips. 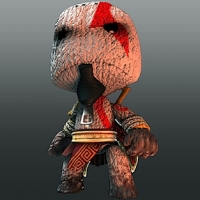 To me, the souls games are great, but are too time consuming and effort requiring. Things i don't have much of these days...so sadly, i played demons, dark 1 & 2 and abandoned midway bloodborne. Might come back some day, but...

Not my style of games. There is one thing about hard games, than there is cheap. Many times i get knocked off a ledge due to an enemy cheaply waiting for you around the corner and the only way to know he is their is trail and era. Plus to get past hard areas is typical rince and repeat grinding to level your character. I dunno, i own all the Souls games and after awhile i am just "meh" with them. They are visually nice but it takes more than visuals to get my attention.

Out of curiousity, what kind of equipment did you use? While the gameplay will always feel a bit clunky unfortunately, your character's equip load makes a big difference in how well it controls.

Beforhand I think Demon't Souls and Dark Souls are excellent games, but at the same time I don't like very much From Software later games.

As for first playthrough impressions. My first souls game was Demons Souls, so when I started Dark Souls I already knew the basics...but still I had a lot of difficult times.
Firstly yes, the game can be overwhelming...the thing is DS rewards caution and carefull exploration. Also to be played properly it requires you to understand how the rpg elements in the game work and that can be a challange at fist. I would say DS is one of the few games I recommend playing with a guide for the first time, not much for walkthoughs but to understand how character progression and equipment power ups work.
That said, I would recommend to approach Demon,DS,DS2 not much as action games but more as survival games. The key to beat the game is to utilise your resources at best and to minimize risks. As for boss fights it's very important to understand thier moveset, the environment, their weak points, if it gets to difficult it can be very usefull to experiment with different approaches.
Contrary to what 'purists' say it's not always fair and it has a lot of rough edges, but It's still my favourite single player game of last generation, regardless.