Forums - Gaming Discussion - What are the best controllers for gaming? 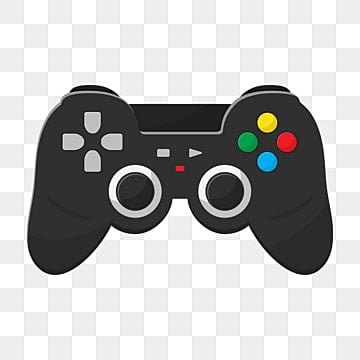 My favorites are, in no particular order:

Recently, I'm using a Xbox 360 controller for PC. At first I thought it would be a bit weird, since I only used Dualshock 2 for PC. But I was wrong, it's very confortable.

What are your thoughts?

Really depends on the game. Gamecube controller is by far the best for Smash Bros, but I wouldn't want to play street fighter for it. The Ring Con is amazing, but wouldn't work very well for dark souls.

Overall, I think the XBox One Controller and Switch Pro are the best for the widest variety of games.

For me it is this order:

Whatever I haven't mentioned yet is because I have not touched it, like the Sega Saturn or Dreamcast controllers.

My top controllers would be as follows :

SNES, it's still the perfect retro controller to play basically anything from the 3rd and 4th generation. (Added bonus if it has the multi-color buttons)

Xbox 360, Appart from the D-pad, the rest of it feels so incredible, light and simple to the touch. Honestly, Microsoft didn't need to re-invent it much onwards but sadly the Xbone controller felt worse in most regards from what I tested.

WiiU Gamepad, it's big and bulky and yet it's actually not too heavy. The buttons are quite clicky and I really like the form of the shoulder triggers on this one.

Switch Pro controller, appart from the analog triggers (which still feel nice to the touch) it's basically perfect.

Finally managed to hunt one of these down. They are out of production now, but basically just a wireless SNES controller. SNES is a great controller for retro and Indie games.

This is just the Sega Genesis version of the game controller. Just as good as the SN30 IMO.

A great stick for playing Shmups on the NES.

Same but for Genesis

The classic button layout of your standard twin stick controller, but with gryo controls and an endless battery life. Gyro controls are stupidly accurate for shooters, and gives you 3 points of movement allowing you to look to the left and shoot to the right simultaneously.

Also a great controller for modern games. Basically, just the Switch Pro, but no Gyros and less battery life.

Wii Remote Plus and Nunchuk.

1:1 motion controls, comfortable to hold, and the best method of aiming in games; the IR pointer.

SEGA Saturn 6 button is the best for 2D fighting games to this day.

I really like the Dreamcast controller and the Retro Fighters DC controller released last year.

DS4 is the only good Sony controller I ever used. Not held a dual sense yet.

Whatever you are used to using at the time. I used to think XBox controllers were uncomfortable, because I primarily gamed on PS consoles.  Also when I was playing WiiU, the gamepad never felt as bulky as it did when I first tried it.

After using Switch as my main device since launch, PS controllers started to feel wierd when I used them for the odd game that I had to play that wasn't on Switch. Anything other than a pro controller felt wierd.

Unless we are talking about DPads in particular for games that use them heavily, like fighting games. In that case I usually give the edge to PS controllers (though they may my thumbs blister after a time). It is worth noting that I have not tried the new pad on the Series controller in a fighting game yet, so that one is still up in the air.

Nothing offensive about the design, it just works. Buttons all work fine (quiet, just enough travel, comfortable to press). The controller shape lends itself perfectly for my medium sized hands and can comfortably use it for hours without fatigue. Its so light that it kinda just 'floats' between my fingertips and palms.

Good all rounder and can be used in most genres without issue. The only real drawback is the battery life.. which, frankly, isn't great to say the least.

My favorites are probably Xbox 360 controller, DS 2, Switch Pro, and N64. The latter is down to somehow fit my hands perfectly, the best trigger button of any controller I ever tried, and the multitude of functions it offered through its revolutionary expansion slot.

I use a 360 controller for the PC on the occasion that I blaspheme and actually use a controller, the Xbox One controller is too bulky and awkward (I do own two for my Xbox One S though).

Out of the 8th gen home consoles, none of the three came with satisfying standard controllers for me. The above mentioned Xbox One controller has major issues, the DS 4 is too elongated, the gimmicks kill me and the annoying lights that eat the batteries are stupid. The joy-con is simply unusable for me, with its small form, tiny buttons, and shallow triggers.