Forums - Sales Discussion - Have PS5 shipments fallen off a cliff?

During the past several years, CES used to be the place where Sony announced sales figures for their PS4. This year's CES came and went without Sony announcing any PS figures, so one has to ask if there has been nothing to brag about this year.

In December Sony announced that the PS5's launch was bigger than the PS4's (measured in a timeframe of the initial couple of weeks), but ZhugeEX recently tweeted that PS5 shipments have fallen slightly behind the ones of the PS4 over the timeframe from launch until the end of the year (November + December 2020 vs. November + December 2013). Sony's lack of announcement of new PS5 figures can be seen as backing this up. Similarly, the sell-through numbers we've seen from Japan and Spain point towards low shipments, although the possibility remains that other countries have been prioritized by Sony.

Nevertheless, it looks like Sony's original goal of having more PS5s available by the end of March than PS4s in the comparable launch-aligned timeframe has run into at least small problems, because we've yet to hit the point where initial PS5 demand has been satisfied.

There's not much to discuss here in particular, because this is first and foremost just an observation of the latest information that we either got or didn't get. Some controversy is needed to get something more going, so I'll throw this out: 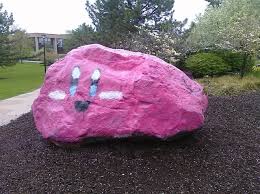 Wrong year, company, and console but I guess Rick's prophecy has come to pass and he was telling the truth....

I can't find one here in the States. No idea if it is intentional or not, but ps5 is ghosting.

The previous rumors of very low yield rates for the PS5 might very well be true.

What Japanese Bloomberg writer had written in the article was actually true regarding the failure rate of PS5 production.

I recall a report from a few months ago declaring something along the lines of PS5 running into major production issues and that Sony no longer target to ship more than PS4 by launch.
I believe Sony declined at that time but it seems the article may have been accurate.

Found the report where Sony pushed back
https://www.cnet.com/news/sony-pushes-back-against-report-that-it-is-reducing-playstation-5-production/#:~:text=In%20a%20story%20published%20Monday,PS5s%20for%20its%20fiscal%20year.

Does seem like their initial record is becoming a gen over gen decline. Supply issues on both sides is concerning but this is great news.

And to explain myself, the supply constraint allows the consoles to compete on their games instead of PS5 pulling ahead purely on brand loyalty and little else. This way we can have a good old fashioned console war based on games.