Out of the Nintendo consoles that underperformed in sales, which do you think was the best, and why?

Nostalgia wants to say N64 but I have to say wii U. I think that system was so good. The games are awesome on it, great virtual console, finally Nintendo went HD, the Eshop was actually nicely laid out and easier to find stuff when compared to even the switch, I liked the game pad to be a second display to be a bag or a map when playing(wind waker is a good example). I could still play a game if someone was using the TV.

All around it was just a really good console, yes it wasn’t perfect and the switch does out do it in many many categories but I have fond memories and do not regret purchasing one! 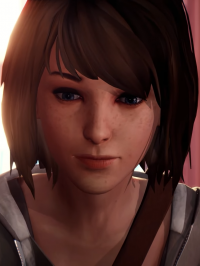 I had good deal of memories with the 3, if I were to quantify it in terms of games that I love, it would be: Gamecube > Wii U = N64, edge to either depending on my mood.

The lunch box was a very formative console for me, it has the two greatest RPGs I have ever played Tales of Symphonia and Baten Kaitos Origins, the peak of the Fire Emblem series with Path of Radiance, spent hours on end with Kirby's Air Ride, City Trial is still the best extra mode for a racing game ever made. Donkey Kong Jungle Beat remains one of the most original platformers, and after replaying Sunshine recently, I can safely say that my mind exaggerated the more frustrating parts of that game (I swear the chuckster mission was shorter than I remember) still has the more flaws of a 3D Mario game, but it remains excellent title. Wind Waker stands as my second favorite Zelda game, the sense of adventure was unmatched for me until Breath of the Wild. Metroid Prime is still best Metroid and its sequel isn't too far behind. Among other gems there is the Viewtiful Joe games, wacky Wario World and Ware, Luigi's Mansion, have a soft spot for Star Fox Assault. The birth of the Pikmin series, the best version of Soul Calibur II, Custom Robo baybee, etc.

Like despite the fate of the Gamecube, it has a Legendary library of games. The one sting of disappointment is that its Paper Mario wasn't as good as the N64 one. Also Pichu, Dr. Mario and Roy in Melee.

Then there is the Wii U, the best and the second/third best action game was conceived there, Wonderful 101 and Bayonetta 2. The world of Xenoblade X still stands as my favorite from the series and the one to truly captivate me as a whole, Woolly World is the closest game to ever reach the magic of Yoshi's Island. Has my favorite Mario Kart, Tropical Freeze is the best DK game, Pikmin 3 is excellent, 3D World is one of the most consistently great games out there. Shantae's and the Pirate's Curse still the best Shantae game, and Splatoon was born there, so another good time to be had.

The low points were its Mario Tennis, Paper Mario was still fumbling about, and Game & Wario wasn't as good as the Ware titles.

N64 has Super Mario 64, Ocarina of Time, Majora's Mask, and Kirby 64 are still Legendary and hold up for me to this day, there is my favorite 2D platformer Mischief Makers, the excellent Sin & Punishment, Star Fox 64 is still pretty addictive, Pokemon Puzzle League traumatized me for the rest of my life, and Paper Mario is pretty cool game. Like there are less games that I love compared to the Wii U, but they impacted me just as much if not more than the Wii U games in some instances, so it kind of balances out there.

So yea, Gamecube is good.

Hi @curl-6 It's a great question, I think nostalgia plays a big part for me, but I can't say anything other than the N64. There is no way we can build a consensus of the definition of Best. All I can give you is why is the one I like the most.

First of all, it is all the great memories of spending many days and nights playing mario party, mario kart and goldeneye with a group of friends and family. That 4 player aspect was incredible.

A great library of solo games that took many hours to complete was also a great plus for me. I remember playing Zelda, Mario 64 and Starfox for many hours.

Out of the three consoles it is the one I have the fondest memory of getting. I remember it was late at night and my father had come from a business trip in the US. He opened up his bag and there it was. My brother and I silently stayed up all night playing games with the lights off so that no one would know.

It’s really difficult to compare them.

Wii U wins in terms of:
Multimedia device
Virtual Console

For me personally, I care more about gaming’s leap into 3D and the brilliant way in which some titles succeeded in doing it. So even though the library is balanced on GameCube, and Wii U had way better versatility, The Good Old Ultra 64 is my pick for best console in the category of least appreciated. It had some killer apps for its time.

Only one of them made the two greatest games of all time - Metroid Prime and Resident Evil Remake - possible.

Which one has the superior versions of both games available to download right now? ;)

The Wii U doesn't have Resident Evil Remake available for download, though

(And I don't know if the Archives version on Wii was a digital download either, even if that was the case you couldn't download it now

I do love me some 3D World and Mario Kart 8, though!

Best console ever made while the GameCube and WiiU were huge disappointments. Have you not seen the amount of classics that were and still are held in extremely high esteem, and really meant something for the evolution of console gaming. It’s no contest really. Besides; the GameCube and WiiU didn’t just ‘underperform’, they were failures while yes N64 merely underperformed.

For it goes for the N64 Nintendo's best mistake you'll know the reference and my older sister still has it . I still have the gamecube and my wii u.