Wow...this is surprising.  This honestly looks more like a gen 9 game, forced onto gen 8 hardware.  Lets get into the basics...

Frame rate drops into the low 20s on the PS4 and into the teens on the X1.  The X1X struggles to hold 30 fps in firefights, appearing to be around 25-28 fps.  The Series S however holds a solid 30 fps with no dips.

Take a look for yourself, this game should have probably just been moved to gen 9 exclusive by the look of it.  With both poor image quality and failure to maintain a stable framerate on gen 8 consoles, but smooth performance with clear visuals on gen 9 consoles...one has to wonder if at some point this just did not become a gen 9 game overall.

I know a true next gen patch is coming with extra bells and whistles, but honestly the difference between versions here already looks a generation apart in practice.  Unless you are desperate to play, I would suggest waiting till you have a next gen console based on this footage to play the game (with or without the "next gen patch").

PS5 dips as low as 52 fps in driving, but mainly around 60 fps outside of that.

XSX has identical minor issues while driving, plus a bug that can make the screen freeze and hang for a few seconds on rare occasion.  In heavy combat, frame rate will fluctuate to the mid 50s where the PS5 seems more stable.

Due to higher crowd and traffic density on XSX with minimal resolution differences, XSX edges visuals in this mode.  PS5 has a slight frame rate advantage as a trade off.

Quality mode (XSX and S only)

XSS has runs the same visual effects as XSX, but lower resolution.

XSX runs at locked 30 fps with no dips at all.  XSS is also locked at 30 fps, but can get a very RARE drop to 20s for a moment during heavy driving sequences.

Series S impresses as it appears to be more than just the One S version in BC.

Overall it looks like the XSX is the best console version to play at this time, and offers the best visuals on console with quality mode.  Even in performance mode, while the PS5 does have a slight frame rate advantage, due to having higher crowd and traffic density I give the nod to the XSX overall here as well.

Added the comparison for PS5 vs XSX on NXgamer, which shows the XSX also has the clear advantage in visual fidelity across the board in performance mode as well with a slightly higher average resolution (XSX 2304x1296 to PS5 2160x1215), emphasis on crowd and traffic density, and visuals effects.

However the difference in frame rate puts an even bigger advantage on PS5 for 60 fps mode, making DF statement about XSX being the visual choice and PS5 being the performance choice even more relevant.

If you play on XSX, quality mode is the way to go.  And in all honesty, to me, quality mode on the XSX feels the most polished and complete of any console version available as it has the best image quality and effects, but has a pretty much locked 30 fps.

When taking into consideration the higher crowd density and everything, one has to wonder if that is the reason for the dips in 60 fps mode.  Maybe if they scaled that stuff back to match the PS5 on performance mode, it could have also had a smooth 60 fps experience as well with a bit more of a resolution bump.  If people want the extra crowd density and effects, it should have been left to performance mode (where it can actually benefit from those extra bells and whistles).

In any case, they still have a lot of optimization on both consoles to do.  I have a feeling the "next gen" patch is a long way out, because they have bigger things to worry about.

My person choice= XSX wins overall due to quality mode.  This is subjective however as some people may prefer a stable 60 fps over the clear visual advantages on XSX.

Yep, as I said in a different thread, this is a proper next gen game. Sucks for the last gen owners but it truly showcases the leap in performance this generation has and that's before the official next gen patch which will add Ray Tracing and other enhancements.

Kinda wondering if the PS4 Pro plays any better than the PS4 they used (or did they use Pro and just not say it). I honestly wonder if they just released the 8 gen version just out of fear of backlash. Either way, can't wait for the port.

For what reason? You can already play it on next gen consoles and it runs just fine. Running on last gen consoles is an OPTION for those who can't afford or couldn't get there hands on new hardware. Yes, sucks that it doesn't run as well on the old boxes but there are enough people who don't care about the performance and rather play it now than later and removing OPTIONS is always a bad thing.

I do not think they showed the Pro, but I imagine it would be like the One X.  Clearer image, but struggles to maintain 30 fps consistently.  Given that the Series X and PS5 are essentially running the One X and Pro versions via BC, I imagine that based on the image quality shown we were looking at the base PS4 and X1 versions.  They did show One X footage, and it looked more comparable to the XSX as far as how crisp the game was.  It just failed to hold 30 fps.

I think there are two reasons to why they released them on gen 8.  One is to avoid backlash, and two is because the new consoles are still growing player bases.  However I definitely think they could have still delayed it to let the new platforms grow, as there are still plenty of other bugs to iron out (another reason I am not holding off for the next gen patch, because god knows they have bigger things to worry about leaving it pretty far off).  This also could have avoided the crunch as well.

Because these games are reviewed and advertised as PS4 and X1 games, but cannot run properly on those consoles.  Options are always a good thing, but releasing a broken product often hurts the image of the game more than just doing away with that option altogether.

Yeah, PC is easily the best place to play this (which is generally the case, but I feel for the 8th console versions at the moment). It looks like a proper Gen 9 game there. 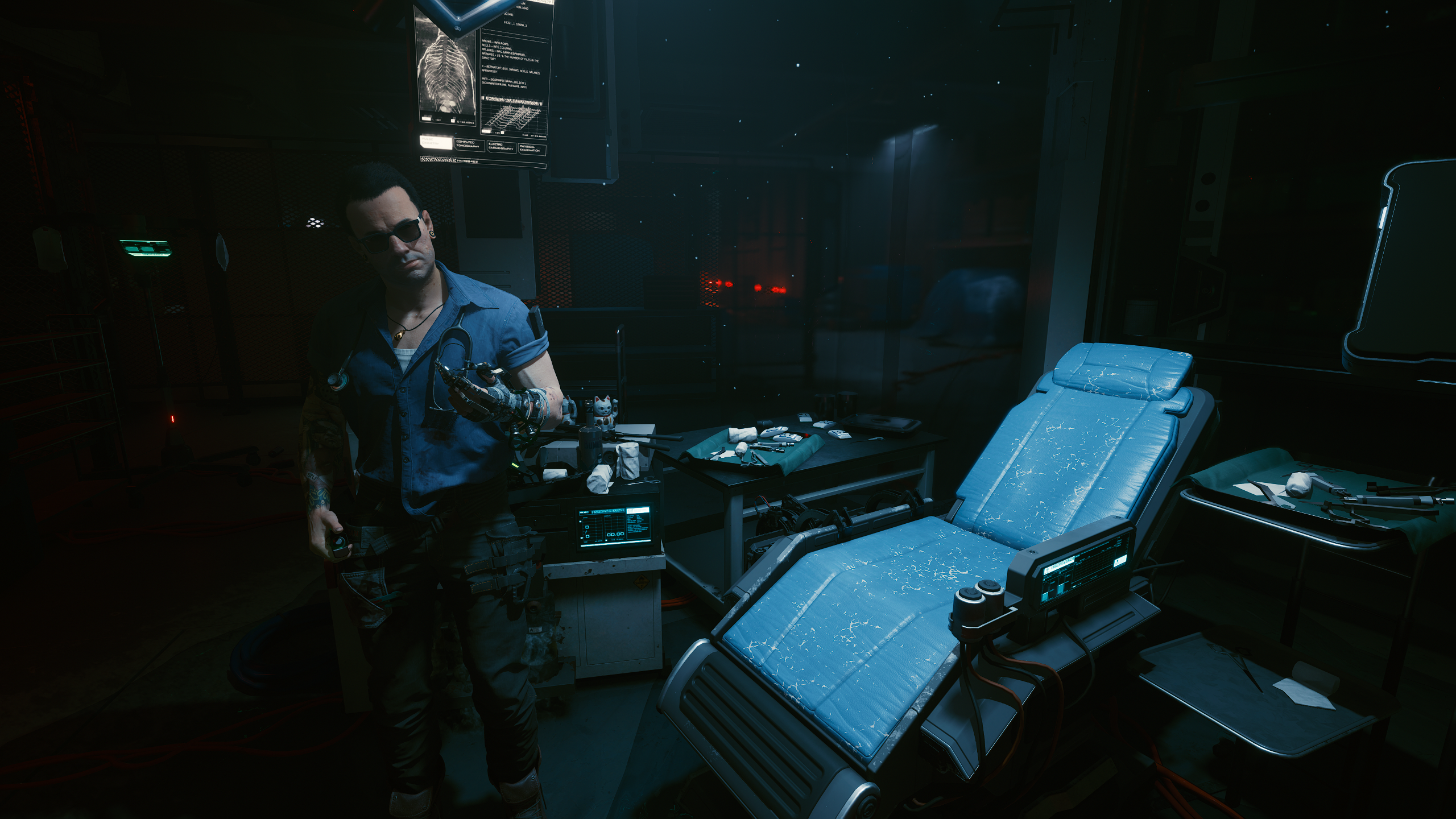 The raytracing seals the deal and is part of why the 8th gen consoles look so much worse. Add the horrid performance and here we are. One of those games, I feel, could have greatly benefited from a Gen 9 only approach. But, I get the financial/time side of it as well.

If MS and Sony bosses have an ounce of integrity, they should pull it off retail. I certainly would, disgusting honestly.

Well the game was announced before PS4/Xone were released, the gen 9 excuse feels forced when the game was delayed so much....

I'm not surprised at all. This is exactly what happened 8 years ago (Far Cry 3 for example), AND 7th gen consoles, when launched, were at the cutting edge of what was possible. Both X1 and PS4 were released with already anaemic hardware.