The records for a July - August - September quarter:

Literally insane considering they had backlash during that period for releasing NO INFORMATION and very little software.

You mean 3rd quarter? But yes, it is absolutely insane how much the Switch selling with so little new software from Nintendo. Have a feeling covid had something to do with increases sales.....god bless Animal Crossing: New Horizons lol

Wow! The record! Amazing. Hopefully they have enough supply to have a stellar holiday quarter as well.

Even as that time admitedly sucked, keyboard warriors of the internet have little power as to the sales results for any sofatware and hardware really.

Its 2nd quarter when referring to fiscal year which makes sense in this context. 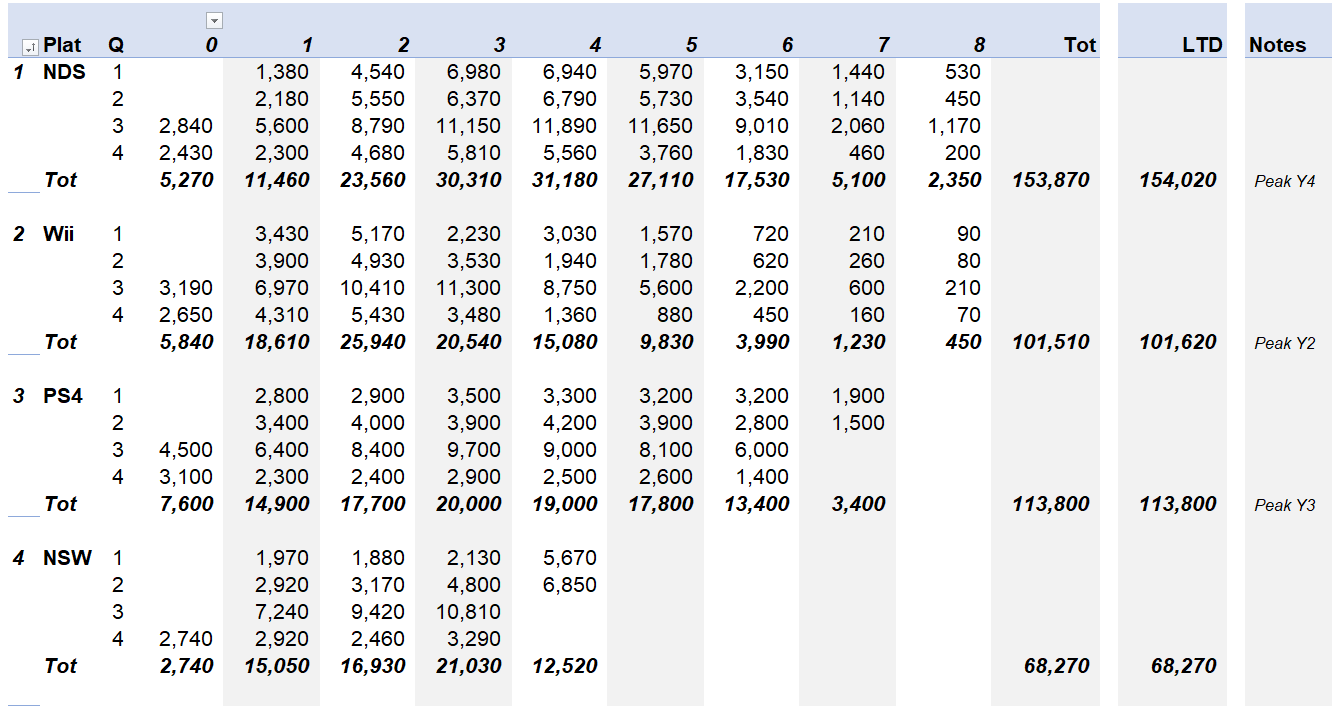 NSW on pace to peak in Y4 (probably in just three quarters, it only needs 9M).  IMO it has a shot at a higher peak again in 2021, but that remains to be seen.

*Sony and Nintendo Fiscal Year's run from Apr - Mar.  So quarters fit in that framework.

Not even one PlayStation