Forums - Nintendo Discussion - Pachter: "Nintendo should get rid of the Switch console and have only the Lite"

"I don’t really understand the whole hybrid concept. I think that was something Iwata did to differentiate the Switch, and he wanted to have a console that could go back and forth from console to portable. But I don’t think most people play it in both modes, I would say that maybe 20% of Switch owners play both modes; and I think most Switch owners play it handheld only. So I honestly don’t understand the whole point of the hybrid. Who cares? Play it as a handheld.

And Nintendo isn’t that smart, so you never know what they will do next, but I think the smart thing would be to get rid of the Switch console and only have the Switch Lite, get rid of the docking station, get rid of playing on the TV; maybe offer a Fire Stick style dongle for those who do want to play it on the TV. But I just think that a portable-only Switch makes the most sense, it’s the cheapest to make, and they could make the screen nicer and the build quality better."

I think we have to just stop paying this dude any mind. 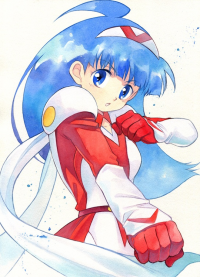 Yeah, Nintendo is the one that isnt that smart...sure Pachter. Having only the Lite would make it about the same price for people who wants separate Joy-Cons anyway. God forbid they give us options...

Will patcher ever STFU?

This my be my new favorite Patcher take.

I think Pachter threads should be auto-locked and editors should stop paying any attention to him. He is certainly a paid shill and everything that comes out of his mouth is less valuable than a carton bag of vomit.