Bonus question: Our beloved member tbone51 made the lunatic prediction that Super Smash Bros. Ultimate could hit 25 million lifetime, roughly doubling the series' previous high. About two years later the tables have turned and now the lunacy is to predict that SSBU won't hit that mark. Have you fallen victim to any of tbone51's bold predictions and if yes, what has been your takeaway from such an event?

Bonus: I remeber that tbone predicted shorty after the New Horizons launch that it would sell a ludicrous 12 mil lifetime in Japan, and while I also expected it to dethrone Red and Blue at the time, I didn't think it was possible for it to do so to quite that extent. But since AC ended up shipping over 7 mil in just the first two quarters... Yea, it'll get there.

I'm pretty sure it will break the 30M mark. How far it will go from there is open for debate however.

2020 has shown that it is impossible to accurately predict the actions of a large group of people, so we should probably stop doing that altogether.

Bonus: I don't think I've been seriously tripped up by tbone51 "yet". (I figure it's only a matter of time though.) The closest I've come is saying "I don't know" on a bold prediction that does come true. There are a couple I've said he is too bold, but I don't think any of those have snagged me yet. (I think he predicted something like 15m for Smash before the end of 2018. That one I said is too bold.) I was dead wrong about Pokemon outselling Animal Crossing, but that wasn't a tbone51 prediction.

It'll hit 30M. So I'll vote 30-32, which is insane, I wouldn't have guessed that it would sell so much. But that goes for a lot of games on Switch. I dread to see the end result of Mario Kart 8 and Animal Crossing.

Bonus: Yeah. It's easy to handily dismiss tbone's claims, but it also seems easy for him to be right. I've become weary to bet against his predictions; he's the opposite of Pachter or that Japanese dude that says 300M for PS5. tbone seems to be in the possession of an actual crystal ball.

I went with 30-31.9m. With DLC still coming out for at least a year (considering the pace of releases) it should keep selling steady for a while.

Bonus: I've been skeptical of tbone's predictions many times in the past, nowadays I'm more inclined to believe he's right when he goes bold. 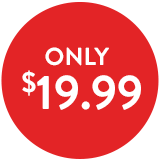 30 million at this rate.