In the early days of this site a term was often used: Wii60/Wii360. That signified the perception, that Wii and Xbox360 complemented each other very well and also, that the communities of both platforms got along very well.

I think it is time to revisit that combination, so I present the incredible SwitchBox and the magnificient SwitchPass! (If anyone has better names, please post it.) EDIT: Alternatives suggested so far: The NSbox, series NS, and NX.

And I think the combination of Switch/Xbox or Switch/Gamepass is an even better one, than it was back between Wii and Xbox360 back in the day. Let me explain.

The Xbox might be the best place now and in future for western games. We all know it will get all major 3rd-party multiplatform games, and with the acquisition of studios like Obsidian, inXile, DoubleFine and most recently Bethesda, they will also be the place to play a lot of great games exclusively. Add to that the undoubtely most powerful console on the market, so that even for multiplats it is the best place in the console space. If you prefer PC you are still covered by MS and stay part of that community. And to seal the deal, with Gamepass you can get many of these western top games pretty comfortable, on both Xbox and PC.

The Switch on the other hand is the platform with the greatest amount of japanese franchises in console history. Every major japanese franchise is here, recently underlined with announcements of Monster Hunter Rise and Disgaea 6. With the combination of handheld and home console the market isn't split anymore between the two console lines. And Nintendo's first party output has been the greatest in a long time for many franchises, if we look at Zelda, Mario, Smash or Animal Crossing for example. It also get ports of many of the greatest games of former generations. So Switch is THE ideal place for japanese *and* Nintendo games.

Combine the two, and you get the best of two worlds, a great place for gamers. You can combine Xbox or Gamepass (or both) with Switch and probably will have a great time.

And the best part: it seems both companies Microsoft and Nintendo see it the same way. Do you remember that Minecraft Cross Play trailer two years ago. It seemed mindblowing at the time, seeing an Xbox- and a Switch-gamer in the same trailer. But since then we have seen a lot of cooperation between two companies, with Minecraft in Smash Bros as the most recent example. So it seems the companies feel pretty good about bringing both game communities together. So why should we feel different?

Here is the trailer as a reminder:

As the mods recently pledged to make this site more welcoming to Xbox-fans, I think I can speak for the Nintendo-fans of this site, if I also welcome the Xbox-community. Let's join together and enjoy games!

Note: This thread is for celebrating the combination of Xbox/Gamepass and Switch as a great gaming and community opportunity. It is not a place to shit on anyone else. There is no need to bring Playstation/Sony into this.

Let's call this movement the NSbox.

Been postponing for years to build a new PC, but would buy SeX/S if it could be a HTPC.
Having Windows 10 and Gamepass would be a great incentive to purchase the hardware.

I would fall into the SwitchPass category here. Lately Switch has been taking the majority of my gaming time but I still watch from time to time what is available on Game Pass PC.

I'd love to see it, however, I doubt it will ever happen. I guess it depends on how much of a threat PS5 will turn out to be for Switch and XB platforms. If we see Sony dominating the market, it's safe to assume that we will also see more consumer-friendly solutions from the competition.

Currently only have a Switch, but I preordered Series X and plan to sub to Gamepass so I voted for the all 3 option. I've never had an XBox, so most games on Gamepass I haven't played yet.

I think it's just a mutual cooperation and benefit for the time being, but it won't go further than that. Likely because Nintendo is always on its own course.

Anyway, I have both systems and gamepass.

What I like about Microsoft is that Even though they own the Ori franchise they let Nintendo have it on switch .And Microsoft will still bring Doom eternal to Switch .

I'm not really interested into 99.99% of what AAA publishers produce, which makes the Gamepass lose amost all of it's value for me. And I have a gaming PC, which means I have no interest for an Xbox either. 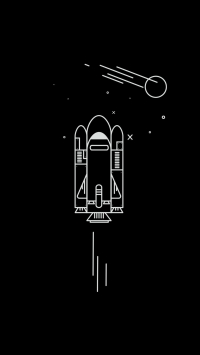 Gamepass has a lot of non AAA games too (ori, overcooked, night in the woods and many others). Some launch on gamepass day 1, some come after a few months. If you didn't know, it might be worth seeing if they interest you. Otherwise, disregard this post :)