Forums - Gaming Discussion - Will Xbox Series X and Playstation 5 big the biggest leap gaming has yet to see? 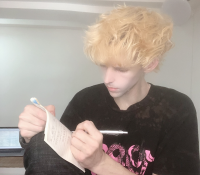 Some important points about this upcoming Generation.

- The New SSD (for consoles)

Well what do you think? Will this upcoming generation truly be a massive leap forward? Or will it be another PS3/4 360/One upgrade? Lets look at the entire package not just from a graphically standpoint

You mean the smallest leap, right?

If we're talking about graphics or other technical performance matters, i don't think there is any chance at all that we'll see a very big leap. But, if we're talking about the overall experience of being a gamer and playing games, I could make an argument that we are in the midst of a period of rapid change and advancement. There are more options than ever, more big games than ever, and other things not directly related to what the tech is doing. So, in that sense, sure, this could be a big leap.

Bigger than the Gen 7→Gen 8 leap (esp. with the potential impacts of SSDs on gameplay), but nothing will ever beat the jump from 2D to 3D. That fundamentally transformed video games from the ground up. That was a real, lasting revolution. Everything since then has been a series of gradual stepwise improvements, not a wholesale reshaping of the entire industry.

Not even close. Factoring out 2D to 3D as paradigm shift, PS1 to OG Xbox is biggest 3D leap so far.
Next paradigm shift would be fully volumetric worlds with fine enough resolution, that's maybe next gen if raw processing power jumps another 6-8x..

Serious question: why would anybody honestly think that? For real. It's just completely devoid of reality.

It won't even be a leap, it will be a tip-toe at best.

Not to be negative or anything but raytracing (in video games) is in its infancy and will not be anything more than a fluff piece this generation (only used sparingly in reflections and/or shadows). I/O improvements are nice and will effect game design/s, and in that regard will bring a paradigm shift. But, will be largely down to a game by game and dev by dev basis. Also, 8K is a pipe dream, these consoles are baseline for 4K gaming. Even a top tier GPU RTX 3090 running 8K games can bring it to its knees on current gen games.

I see an evolutionary jump where QoL improvements help devs and give a better user experience over this one. Just keep your expectations on check and you won't be disappointed. In saying that, we can expect some ridiculously good games (from a technical standpoint) from top tier devs this gen.

I currently own both the PS4 Pro and an Xbox One X but never took advantage of 1440p, or 2160p gaming. I was only able to experience a little less loading times and better frame rate performance, less picture tearing, better graphics, but overall I was very happy with these purchases. Jumping to the new generation I'm not holding back. It will be a huge leap for me. I will be upgrading my visuals to this 4k monitor and will be using a headset for my audio.  It will provide me 4k at 60 fps which in reality will be the sweet spot for me.

Reduced loading times is a big plus for me and the quick resume features of the Series X.  I still plan on gaming on my theater screen for single player RPG's where input lag isn't too much of a factor, but for competitive multi-player gaming (or anything that requires quick response times) it will be the monitor.  There currently isn't a good option for a gaming monitor with a 2.1 HDMI input so I went with this and at $346, it's not a bad option.  This should hold me over a few years until monitors and tv's come out that are designed to compliment this new generation.

To take full advantage of the PS5 and Xbox Series X capabilities on a TV is going to set you back around $2000 for top of the line.  The LG OLED's are great if you don't game more than 3 hours a day and change games often or watch movies.  But if you game for long hours repeatedly you are going to get burn-in and ruin an expensive TV.  The Samsung QLED's are the other way to go but they don't offer Dolby Vision and are better for bright rooms.  If you game in the dark blacks are going to come off gray and you will have ghosting on bright moving objects.

I wouldn't expect to see a huge graphics bump in the first 2 years but it is coming.  We all know how good games look closer to an end of a generation.  Don't underestimate Ray-tracing and the audio leaps were about to experience.  Not all generational leaps have to be visual.

Actually 3D audio is a good one for me. This has been largely neglected for a long time. This was a big thing several years ago on PC, I'm glad to see it making a resurgence. With user selectable or custom HRTF, this is going to being much more realised and better 3D audio than we've seen in years for gaming.