Because of a comedic video in which a couple attempts to break the Guinness Book of Records for longest sexual intercourse.  Having watched the video, for... research, I can say that Google was just looking for any reason it could for banning LBRY.

LBRY pays its users cryptocurrency specifically for using the app, which has a desktop and mobile versions.  You could also sync your youtube channel so you don't have to re-upload every video to LBRY.  I've been using it for years, I trade LBRY on exchanges, and I use the LBRY app on mobile about as much as I do on youtube since most of the people I watch have youtube channels, but it's nice to have perks for watching the same videos that youtube wouldn't give me anything for.

LBRY has responded on twitter, making mention of Netflix's video which I will not name here, is still up, and it was never banned.  Despite the censorship-resistant nature of LBRY, it does of course have a rule system in place for illegal content.  It's content sharing on the blockchain, and it has no doubt been on Google's crosshairs for a while.

God of War has had more offending nudity, and Twitch isn't banned either.

BTW, its not allowed to mention the pseudo-pedo movie here?

Not sure what to think as the article you linked sounds extremely polemic. Also viewing youtube videos through something other than youtube sounds sketchy. How is it financed?

edit: Ok I checked out the site, looks legit.The ban seems to be overreach. There still are plenty of other youtube alternatives on the store though.

That site you link to is extremely politically onesided.

At a first glance i see :

''If you're tired of cancel culture and censorship subscribe to Reclaim The Net.''

What a joke, a good amount of people that flock to sites and youtube channels like this are part of cancel culture, so selective that they're unaware or ignorant of it.

I'm just not mentioning the movie.

It's the same site the quartering linked to.  I'd never heard of it before his video on the subject.

Makes sense, that guy is driven by assumptions and often even makes whole videos with false assumptions as a basis.

I do not think he puts much time in looking for facts, he looks for views.

Well, you are not wrong.  This is why I am not subscribed to him on youtube.  However, I am following him on LBRY, and that's how I came across the video.  Now, if I'm on LBRY, and there are several stories saying that LBRY has been blocked on the Google Play Store, I think the Quartering is probably safe in that instance.  I then looked into the video in question and watched the entire thing.  No reason for a ban, honestly.  Like I said, God of War has shown more nudity, and Twitch isn't banned. 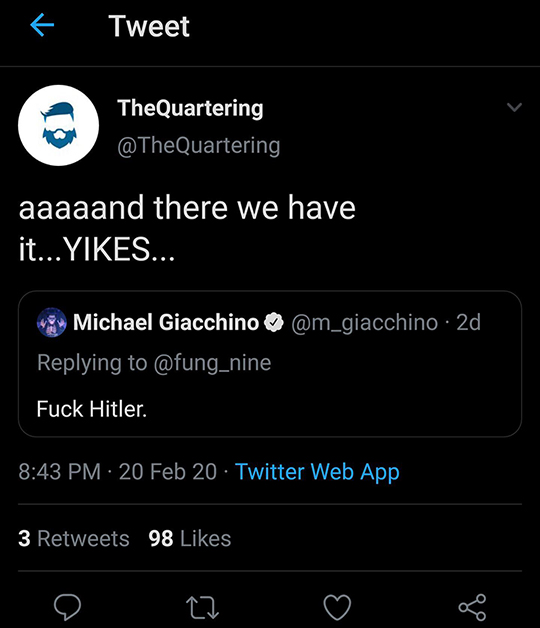 The Quartering sets off a lot of red flags.

And like Immersiveunreality, I tend to check the source of news stories before posting. And every single headline that pops up on their main page seems to have the exact same angle. In fact it has the exact same layout and similar content as another (or same?) site that a few months ago claimed that a former anonymous Naughty Dog employee contacted them, and told them a series of unbelievable things. And that anonymous employee chose to contact them out of all news sites available in the world, and no less than 24 hours after the game's cutscenes leaked on the internet and misinformation about the game spread (that a certain character was transgender when they were not) and sites just like that, or the people that tend to visit them, ran with it.

Obviously that was BS to exploit the situation and gain traffic to their unknown site no one has ever heard of.
I don't know anything about this current situation in the story you posted, so maybe the facts are accurate here. But Play Store apps go through their own rating process. 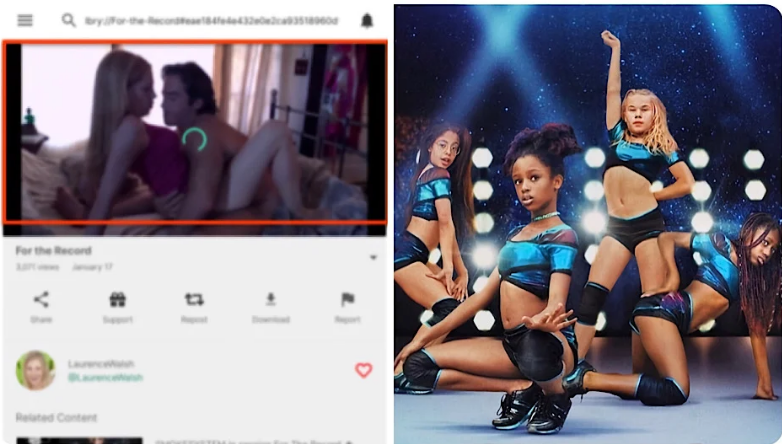 I don't understand this argument though. Two people having sex = scantily clad dancers?
A child stumbling upon those videos is going to be a lot more confused about one than the other.

Either way, that's a heavily right wing political site, so moving this to Politics section.

You're playing the man not the ball. Either LBRY has been banned by Google for the reason stated or it hasn't; everything else is fluff, spin, and obfuscation.

In this situation we can't play the ball because we don't have access to any evidence on the matter. All we have is the account of "the man" so the only thing that can inform our decision is how credible we find them to be.

They clearly have a political view that they are using to drive people to their platform. That gives us ample reason to be skeptical that they are accurately reporting.