Nintendo Switch reminds me of Nintendo DS and PS2 in terms of sales. Sony and Xbox have never managed to sell as many consoles as Nintendo , it's pretty normal Nintendo are the bosses in terms of portable consoles and they have always had the American, Asian, Oceanian and Western European markets 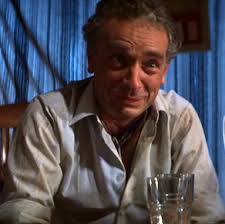 Fact checking, you should do it.

Sony have sold as many/more consoles than Nintendo. Remember the PS2. Yeah, Nintendo have yet to match, let alone exceed, that.

Western Europe has always been Sony land. It may as well not have even existed before the PS1. Since the PS1 it's been dominated by Sony. I'm pretty sure the same is true with Oceania, but figures are hard to come by there so can't say for sure. As for America, nobody has ever really "had" that market. It's been the most equal of them all pretty much from the beginning.

How long have you been gaming? Sony has the best selling consoles of all time. PS1 first system to sell 100 million. It sold better than Wii btw. PS2 THE BEST SELLING SYSTEM/CONSOLE OF ALL TIME. 155 million.  PS4 113 million and still going. Putting it in second place for home consoles. Nintendo has had 1 console sell over 100 million and 1 handheld sell over 100 million. No Game Boy does not count as GBC was a new handheld with exclusive games. DS sold less than PS2.

It really all depends on whether you're talking about portables, home consoles or the two combined.

If we compare all consoles, no single Nintendo console was able to sell more than all PS consoles, because the PS2 sold 157m lifetime while the DS sold 154m. However, if you combine portables and home consoles for one generation, you would be right since the Wii + DS combo gave 101.63m + 154.02m = 255.65m, while the PS2 + PSP combo gave 157.68m + 80.82m = 238.5m. Still, while Nintendo won that gen, those numbers were awefully close, and Nintendo struck lightning that gen, something they didn't consistently do for every gen. Well, in fairness the same can be said about the playstation, which now has bowed out of the portable space in favor of supporting their main home console line and the PS3 almost fell flat on its face until they picked themselves up. Now that the Switch combines both, let's wait and see what the final numbers are before we celebrate, since Nintendo will be shipping its greatest numbers this year, and apparently that 30m matches the most shipped for the DS in the past according to a post I read in another thread.

Also, Nintendo is stronger in certain markets with its portables, and stronger in others with its home consoles. But when home & portable are combined their presence is fairly equal worldwide. Still, they are strong in sales of certain genres in certain regions, and weaker in other genres and while they absolutely dominate japan now, Sony is definitely the winner in Europe and in America it's shared ground. Also, while the switch combines both home and portable experiences, Nintendo is capable of making good or bad decisions for consoles, so the future is not cemented (Wii +DS was huge while 3DS + WiiU was weak at ~89m total HW sold). The most important for Nintendo is to continue to sell relevant and compelling HW that makes sense, to be careful with their gambles going forward, making sure their risks will bring reward (since now they only have one console and not two lines), and that they make games that bring long-term interest and avoid short-term cash-grabs like the plague. This is paramount for Nintendo to succeed.

They're a great company with a warchest of highly attractive IPs, but as the past has shown, if they don't manage the value of their brands and platforms and squander them with poor decisions in how they market those things, they will get hit hard. And this industry doesn't forgive easily, like it has shown so far in the history of Nintendo. They are a company with immense potential, and their games sell strong always, on that nobody can disagree with you. Come rain or shine Nintendo GAMES sell gang-busters, but they need to be careful with their brand so the potential of their sales is not impacted.

Well played OP you got them

Nintendo has the Japanese market and the American market. Western Europe is dominated by Nintendo and Sony
Sony dominates Eastern Europe, emerging countries

Systems sold up to now (provided I counted correctly):

It depends. You are from France so you see it that way, but in Italy, Germany, the UK and maybe even Spain, Playstation seems to be more popular.

Nintendo is gaining ground thanks to the Switch, but Europe was made big on console gaming by Sony's work. So Nintendo is enjoying that outreach, and they have great products to push that, but those markets seem to be more interested in genres that are big on Sony and MS consoles. Sports sims, racing sims, shooters, hack & slash, historical games, mainstream 3rd party games, etc.

@okr. It's not a super fair comparison since Nintendo has 3 gens head start.