Forums - Gaming Discussion - Is the era of Console Price Cuts Over?

I don’t follow gaming news like I used to, and CAN exchange rate might be blinding me too...but does it seem like console price cuts have come to an end?  3DS had one early on because it was flopping, but I don’t think it’s gone down $1 since then; did PS4 and XBox One get cuts when the “pro” versions came out? And, even if so, remember the days of nearly-annual price chops, or the $99 GameCube? 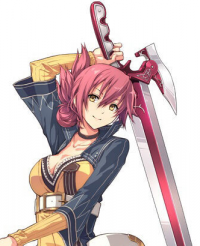 The $99 Gamecube happened because stores were carrying so much unsold inventory of Gamecube consoles that Nintendo actually suspended manufacturing of new consoles for a couple of quarters. Don't expect that with the Switch, which is flying off store shelves at $300 almost as fast as Nintendo can ship them.

Console pricing in Canada has sucked for over a decade now. We get hosed when it comes to more than just consoles. Deals aren't as regular here either. If you want a big deal, it's going to be one of the typical deal days and that's just about it. Canadians getting more spineless have gone along with it, and so why should retailers offer anything more if they don't have to? Not to mention the retail competition here is quite poor and getting more and more monopolized.
It's getting so bad, that when selling used stuff online, especially anything electronic, I've been receiving very little in the way of bargaining. Almost everyone just pays whatever I'm asking as long as it's not completely ridiculous. The few who do dicker, want the deal of a century and we never come to terms, because I can just wait a few days and I know I will get what I'm asking. My family and friends have noticed the same thing, which is kinda sad. Used PS4 prices, even launch units, is nuts, and they sell fairly quick once they go up, and this was happening well before covid.
PS4 msrp hasn't helped. The fact it's been able to hold it's price and keep selling worthy amounts, has led to MS and Nin following suit. Whether or not they could sell for less isn't the point anymore, it's how much is the public willing to pay for their products. Each console gaming company also going it's own direction has made this even worse, since they aren't all trying to compete directly, they can afford to keep the hardware prices higher than they would be otherwise.

there will always be price cuts,
when a new console is about to arrive that is haha
or a new version of the console its a given

It's weird though that Nintendo never dropped the Wii U price... Is it because they would have lost much more per console than gamecube?

But Nintendo dropped Wii U's price, but not as low as the Gamecube.

With the specs we are seeing in new or recent consoles we won't be seeing a console go as low as $99. There is too much going in a modern console to make that possible. But even this gen we have seen price drops. PS4 and PS4 Pro have dropped $100 since they launched, though both overdue for a price cut. Xbox One launched at $499 with Kinect, later $399 without Kinect, and has lately been below $200. Switch technically hasn't seen a price cut, but the Switch Lite is $100 cheaper than OG Switch.

As long as you can afford it (commercialy), from the manifacturer's perspective is better the release incremantal upgrades and keep the price point higher. Also, bundling is more convenient than a price drop, and with digital deliver bundling is easier than ever.